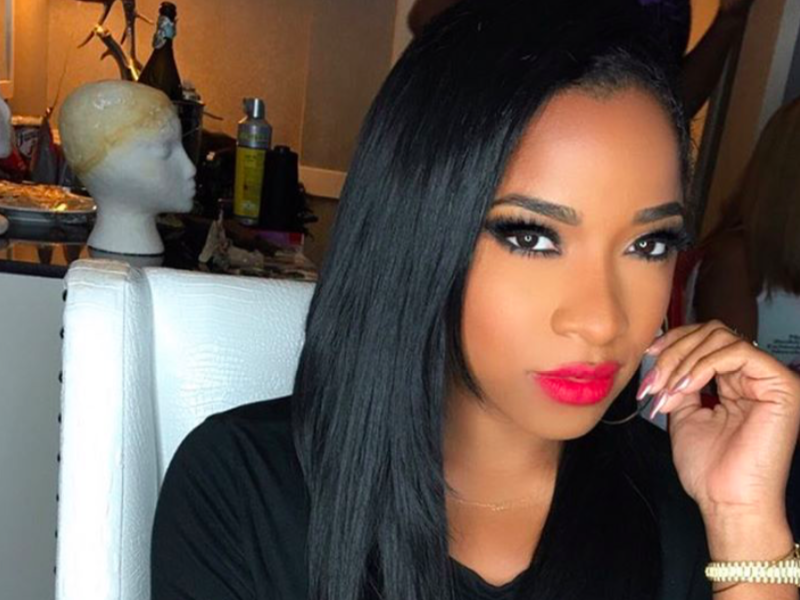 Toya Wright is getting ready to give birth to her second child! Even though the star is thrilled to be introducing another kid into the world, the reality TV...
by Joy Smith October 24, 2017 1006 Views

Toya Wright is getting ready to give birth to her second child! Even though the star is thrilled to be introducing another kid into the world, the reality TV performer has kept the gender of the baby a secret, until now. 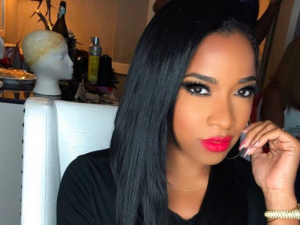 During a party for the baby, Toya’s friends including Kandi Burruss, Monica, Tiny, her daughter Reginae, as well as the rest of her family congratulated the reality personality on her second child.

According to reports, Wright revealed the gender of her baby in a banner that said, “Issa girl.” You can see her friends and family’s reaction in an Instagram post below:

Toya – who has written several novels regarding her private life and has appeared on many reality TV series – decided that she will keep the details of her lifestyle out of the public spotlight from now on.

Wright never discusses her man and is almost never photographed by paparazzi when she’s with him. Celebrity Insider reported earlier that Toya held a gender reveal party but at the time no one knew the sex of the baby for sure.

Despite several pictures making their way online and the reality starlet’s tendency to have prolific stars at her events, Toya managed to keep the pertinent information under wraps.  Many public figures attended Wright’s party, but one person who the ex-wife of Lil’ Wayne did not invite is Tamar Braxton.

As you may already know, Tamar and Toya found themselves embroiled in a feud for the longest time. However, in recent news, both Tamar and Toya had positive words for one another.

Fans of the celebrity duo will remember when Toya bashed Braxton in a post that said, “Toya?? B*tch?? What does your non-sincere apology and fake-a*s public outreach have to do with me? You are THE fakest b*tch I know.”