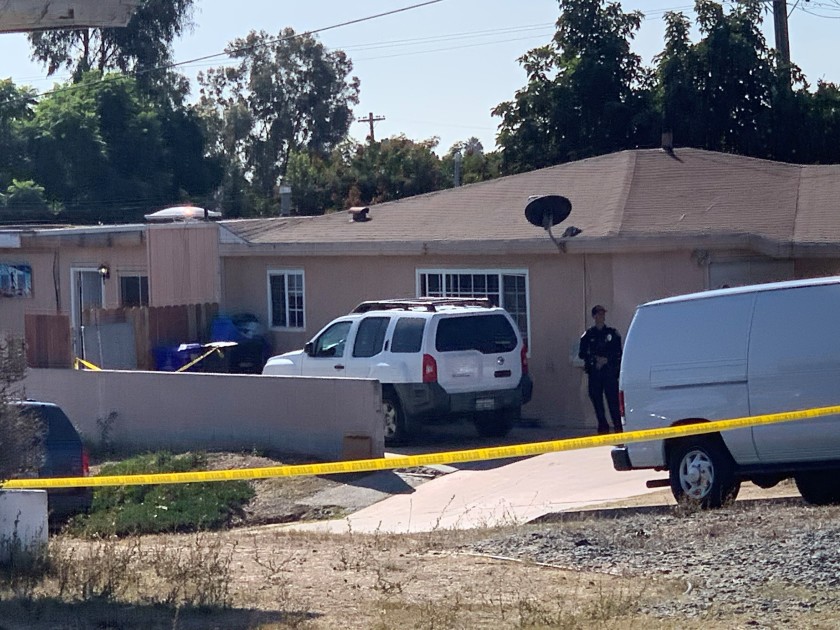 Today A San Diego Man Fatally Shoots His Wife, 3 Sons And Himself Leaving a 4th Son In Surgery Tonight

A husband and wife and three of their young children died Saturday morning at the family’s San Diego home in what police believe was a murder-suicide sparked by a...
by Raquel Jayson November 16, 2019 272 Views

A husband and wife and three of their young children died Saturday morning at the family’s San Diego home in what police believe was a murder-suicide sparked by a bitter divorce.

Police Lt. Matt Dobbs told reporters that officers arrived at the home shortly before 7 a.m. Saturday following a 911 call from the residence in which a dispatcher heard someone being asked to leave. As they traveled there another call came from a neighbor saying they heard a sound coming from the home that sounded like a nail gun.

Officers looked through a window and saw a small boy inside covered in blood. They broke into the house and found a 29-year-old woman, her 31-year-old husband and their 3-year-old son dead and three other boys, believed to be ages 5, 9, and 11 badly wounded.

Two were pronounced dead at a hospital. The third was reported to be in very critical condition, Dobbs told a news conference.

Police originally gave the surviving boy’s age as 11 but said later they could not be sure if that was correct.

They sought to reassure the community they are not looking for a suspect.

“It appears to be a tragic case of domestic violence,” Dobbs said, adding the woman had recently obtained a restraining order against her husband and the couple had been living apart for some time.

“He used a handgun to shoot his family before turning the gun on himself,” the lieutenant said.

Find your favorite store on Rakuten and earn Cash Back with every purchase.

Police Chief David Nisleit said officers had visited the home on Nov. 1 to resolve a property dispute between the couple and they advised the woman at that time on how to obtain a restraining order.

“Best we know they were going through some type of divorce process,” he said.

Neighbors told the San Diego Union-Tribune they often saw the boys outside playing with their dog or riding their bicycles.

“They were just living the kid’s life on the outside, but who knows what goes on behind closed doors,” said neighbor Gabriel Durazo.

Dobbs said the crime scene was so gruesome it traumatized even the arriving officers, who carried the children out of the house in a desperate effort to save them. He said counseling will be made available for any officers who need it.

“My heart goes out to the family and their friends,” Nisleit said. “As a husband and a father this incident is very difficult for me to even think about.”