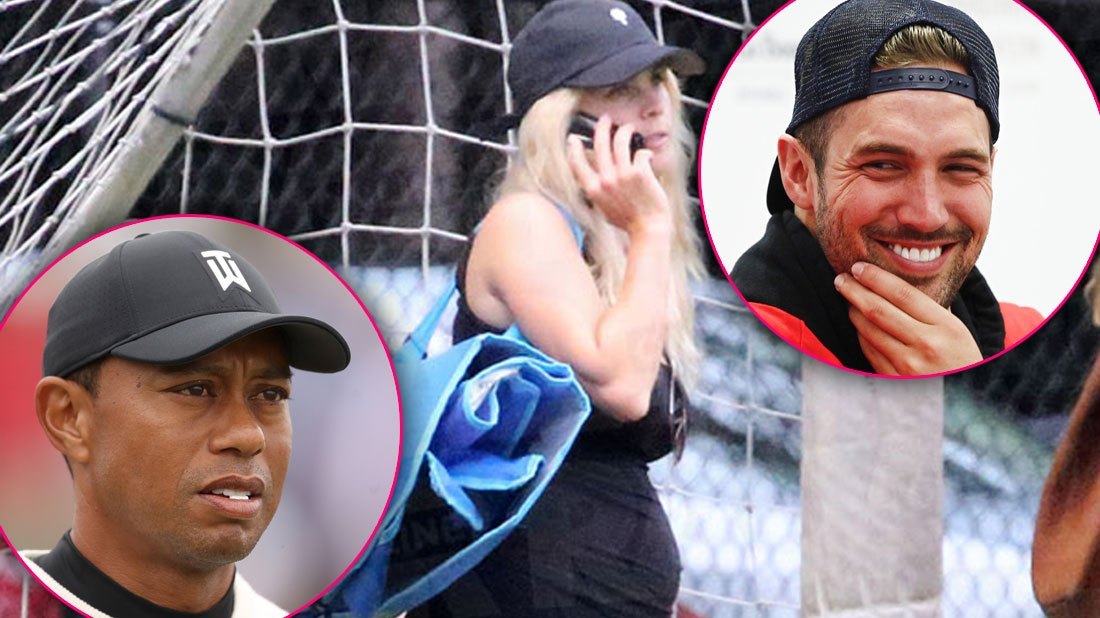 Swedish beauty Elin, 39, was just spotted showing off her baby bump at a sporting event for her son with Woods, Charlie, near her Florida home.

Sources tell Page Six that Elin has been dating former Dolphins and Cleveland Browns star Cameron, 30, for more than two years, but the couple has kept their relationship extremely private.

And – while Woods made a historic comeback to win the Masters in April and was congratulated by his children with Nordegren, Sam, 11, and Charlie, 10 – Elin has been quietly expecting a child with Cameron, who also has a son Tristan, 10, from a previous relationship.

A source told Page Six, “Elin is very private, she has been dating Jordan for a number of years, and they have kept their relationship very under wraps. Her friends are so happy for her because he is wonderful.

“Elin and Jordan met at Art Basel in Miami a few years [ago], and they are both really happy and excited about the arrival of a new baby.

“Both Elin and Jordan have previously said they’d love to have more children, and Elin’s kids with Tiger, Sam and Charlie are really excited about having a new little brother or sister.”

It is believed Nordegren will give birth in the fall.

The source said that Nordegren has been quietly living with Cameron at her North Palm Beach private community, and it is not believed they are yet engaged.

And the source adds, “They are already a happy family. Elin deserves to be with a great guy, and he is just that.”

Cameron left the NFL after a number of concussions during his career with the Browns and the Dolphins, and he has since been outspoken about the dangers of brain injuries players suffer in the sport.

Nordegren and Woods divorced in 2010 following his cheating scandal, and Page Six has reported that she has since dated wealthy businessman Jamie Dingman and coal magnate Chris Cline.

Meanwhile, Woods has been dating publicist Erica Herman – who was a fixture on the sidelines at the Masters – since 2017.

Missy Elliott Tears Up While Making History, Becoming First Female Rapper To Be Inducted Into Songwriters Hall Of Fame