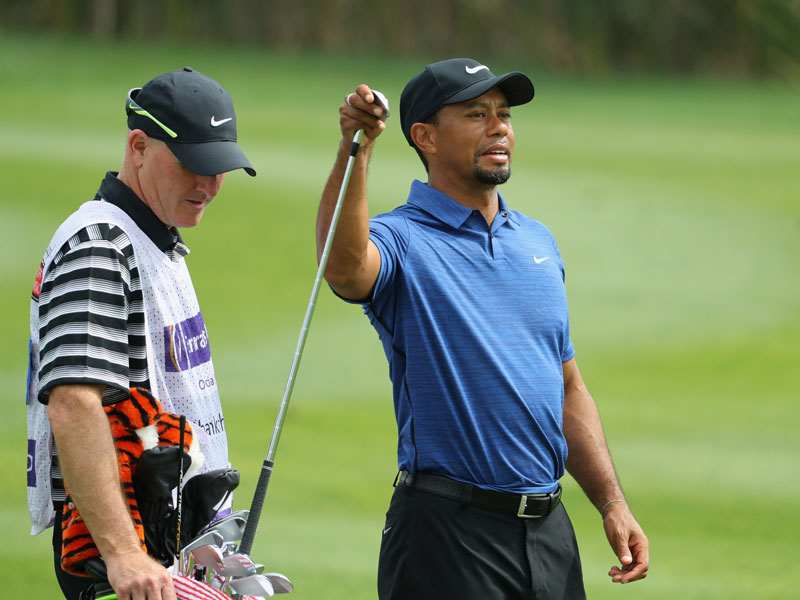 Tiger Woods comeback: He’s back and showing flashes of his old self

Rust? What rust? Tiger Woods, 301 days removed from his last competitive round, caught fire on the back nine Thursday, running off three birdies in five holes in his...
by Zach Freeman November 30, 2017 566 Views 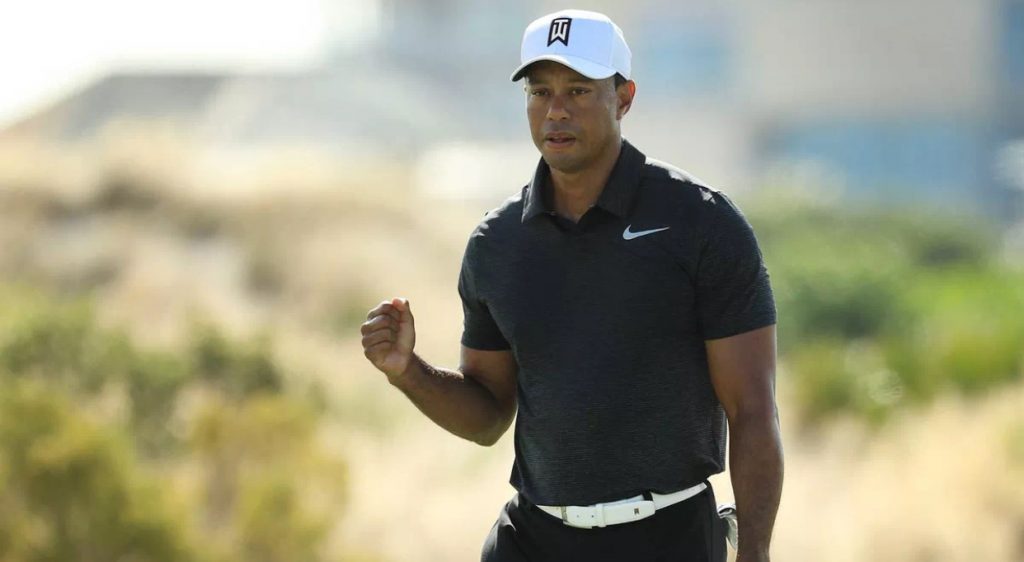 Tiger Woods, 301 days removed from his last competitive round, caught fire on the back nine Thursday, running off three birdies in five holes in his long-awaited return Thursday in the first round of the Hero World Challenge at the Albany resort in the Bahamas.
“And he’s back!

For the first time in 10 months, @TigerWoods has returned to competitive golf.”
– @PGA TOUR (@PGATOUR)

If it wasn’t vintage Tiger, it certainly was more than many expected on Day 1.

Showing no signs of limits in his swing, Woods – consistently hitting the ball more than 300 yards off the tee – finished his opening round with a 3-under 69, good to put him three shots back of clubhouse leader Tommy Fleetwood after finishing his opening round of the star-studded, limited-field event.

“For me, I thought I did great,” Woods told Golf Channel immediately after his round. “I hadn’t played in a while, after some of the difficulties I had been through. To come out here and just score like I did, that was nice. That was fun, to get out there and actually be part of a scorecard again.”

Frequently looking loose alongside playing partner reigning PGA Tour Player of the Year Justin Thomas, Woods, 41, carded two birdies – the first by reaching the 572-yard par-5 third hole in two and another at the par-3 eighth – before closing with a disappointing bogey on the par-5 ninth.

That hole served as a microcosm for the status of Woods’ game: He was greenside in two but struggled with his short game, a sure sign that this was his first competitive round in some nine months.
“Not a bad front nine for @TigerWoods ‘ return.”
– @PGA TOUR (@PGATOUR)

Still he made the turn at 1-under and quickly added a bounce-back birdie at 10, followed by two more on 13 and 14 to pull within a couple of shots of the lead.

Teeing off just after noon ET, Woods’ booming 300-yard opening tee ball flirted with a sandy waste area on the left side of the fairway and – maybe in a nod from the golf gods – got a good kick that bounced the ball into the fairway, leaving him 99 yards to the hole.

From there, he pitched to approximately 15 feet and burned the left edge with his birdie putt. He settled for an effortless par, and just like that he was off in the event he has won five times. Easy.
“A birdie and another fist pump! @TigerWoods is (-2) as he makes his way to No. 9 at the Hero World Challenge. #QuickHits”
– @PGA TOUR (@PGATOUR)

He made the turn three shots back of the leaders in a star-studded limited field, with Dustin Johnson, Rickie Fowler and Jordan Spieth all at minus-4. Woods pulled within two with a bounceback birdie on No. 10. Again, very Tiger-like.

A bit wayward off the tee toward the end of his round – fatigue perhaps? – Woods nursed it home over the final holes, dropping a shot at 15, missing a 15-footer for birdie on 16 and then going par-par to finish his opening round.

“I didn’t know what I could do,” Woods told Golf Channel. “I’ve been playing golf, I’ve been playing a lot of holes at home, but it’s a little different when you’ve got to tee it up at a tournament. I had a lot of adrenaline going there, I was hitting the ball a little bit longer than I normally do and I had to dial it back a little bit. Those are the internal struggles that I haven’t been through as a player in a while.”

Now comes the hard part: Making this comeback stick in the long term.

Plagued by back problems that have resulted in four surgeries, the most recent in April, as well as turmoil in his private life, Woods – winner of 14 major titles – has plummeted from his longtime perch as world No. 1 to No. 1,199 in the rankings (even if he finishes last at this week’s limited-field event, he’s guaranteed to rise in the rankings).

His every swing this week, on the practice range and in the pro-am leading up the start of the tournament, has been diagnosed by the media onlookers, and the rekindled interest by golf fans is evident in the type of coverage he will see. Case in point: Golf Channel’s Tiger Tracker feed on Twitter tweeted what he would be wearing in Round 1.

Not only that, but his mood (“amiable”) and attitude (“grateful”), plus what clubs are in his bag, have been the subject of assessment, too.

And no wonder. Woods last played competitively some nine months ago before teeing it up Thursday alongside Thomas, the 2017 PGA Championship winner, as the headline act in the small but stellar field at Albany’s 7,300-yard layout.

More Than Half Of US Children Will Be Obese By 35, Study Says