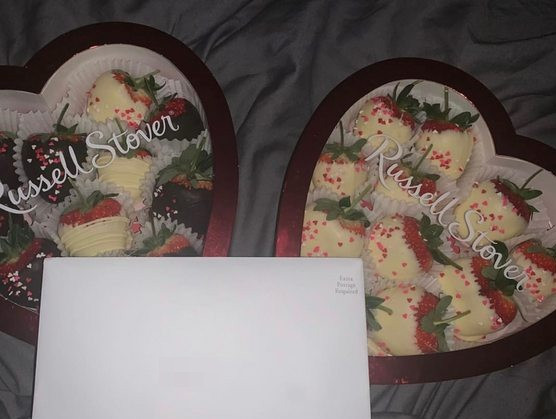 This Woman Posted This: ““Sometimes my cheating husband is actually nice” accompanied by the shoulder shrug emoji.”

A WOMAN has thanked her “cheating husband” for his Valentine’s Day gift in a bizarre Instagram post. The wife who is known only as Lex, from the US, shared...
by Raquel Jayson February 14, 2020 121 Views

A WOMAN has thanked her “cheating husband” for his Valentine’s Day gift in a bizarre Instagram post.

The wife who is known only as Lex, from the US, shared an Instagram post of the two boxes of chocolate dipped strawberries that her spouse had purchased from the confectioner Russell Stover.

The husband had also purchased a Valentine’s Card alongside the chocolates which were also pictured.

The post has since been shared on Reddit where users have been quick to urge the woman to leave her unfaithful hubby.

Commenting on the post one wrote: “I couldn’t be with someone I couldn’t trust. It’s that simple for me.”

Agreeing a second added: “He’s wrong for cheating, and she’s just a miserable person by staying along.

“Have some self-respect and get out of there.”

And a third added: “It just blows my mind someone could just lack all the respect in their life.”

However, others actually thought that the wife was in the wrong describing her as “petty” for continuously bringing it up.

They wrote: “Cheating is never right. But don’t f***ing stay with someone just to drag them through the mud every day.”

Agreeing a second said: “Jokes on her… this is far more embarrassing for her than it is him.”