This Preacher Kidnapped Women Congregants And Tortured Them In His Basement. 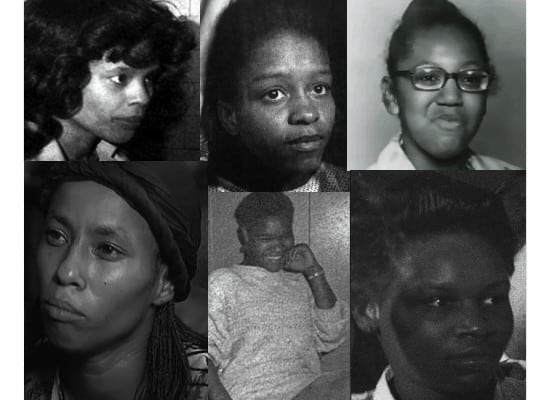 Gary Heidnik, who kidnapped women and tortured them inside his Philadelphia basement, committed crimes so heinous he helped inspire a popular horror movie character.

Torture. Rape. Kidnapping. Murder. Gary Heidnik, a well-to-do preacher in a North Philadelphia neighborhood, proved himself to be the rare kind of monster capable of those crimes and shocked his community when his “House Of Horrors” was uncovered

So depraved was Heidnik, whose crimes are explored in the Oxygen special “Monster Preacher,” that he even inspired an iconic horror movie character: serial killer Buffalo Bill from “Silence Of The Lambs.” It’s a disturbing legacy to leave behind — but what else happened to Heidnik after he was caught?

In total, from November 1986 to March 1987, Gary Heidnik kidnapped six women — Josefina Rivera, 25, Sandra Lindsay, 24, Lisa Thomas, 19, Deborah Dudley, 23, Jacqueline Askins, 18, and Agnes Adams, 24 — and kept them in the basement of his Philly home. He wanted to impregnate the women and create “a birthing harem,” so he raped the women while depriving them of food and water, forcing them to spend days at a time in the dark, tiny, boarded-up pit in the basement, and brutally beating them, according to the special.

Two of the women would not make it out of the “House of Horrors” — Lindsay died after hanging by her wrist from a ceiling beam for days, while Dudley was killed after he filled the pit with water, put her in it, and forced Rivera to repeatedly put a live wire to her chain while she was in the pit, electrocuting her.

Heidnik was finally caught after he allowed Rivera to contact her family — and she called police instead. In April 1987, he was charged with two counts of first-degree murder and multiple counts of kidnapping and torture. He faced the death penalty for the extensive list of crimes.

June 1988 was the start of his trial, and the defense’s tactic was to prove Heidnik was insane. They claimed Heidnik was mentally ill and Rivera, who he had often forced to help him torture the women, was the true mastermind behind it all.

Doris Zibulka, his next-door neighbor, told Philadelphia Magazine in 2007, “We all were amazed at how Gary looked during the trial. He was always a good-looking, well-kept kind of guy. He was always clean-cut and very decent-looking. And then at the trial — before it started, I met his lawyer, he came around the house. And I said, ‘You’re making Gary look crazy. He never looked like that. You’re making him look like Manson.’ And he says, ‘Isn’t it wonderful?’”

His lawyer, Chuck Peruto, didn’t deny dressing Heidnik in a certain manner to back up the insanity defense. He told Philadelphia Magazine, “If you want to demonstrate that someone is insane, then they gotta f–king look insane. During the trial, he looked like a total whack-job. Did I do that? Yes. But doesn’t Women Organized Against Rape dress up their victims?”

But despite Peruto’s best efforts, the jury didn’t buy it. The trial lasted a little over a month, and Heidnik was found guilty on all counts and sentenced to death.

“Heidnik certainly seemed lucid enough, to amass a small fortune in the stock market, and he certainly was aware enough to cover his tracks to a certain extent when he got those girls. I just don’t know if he was crazy or not. I thought the defense could have done a better job,” Marcella Lenhart, a juror on the trial, told Philadelphia Magazine.

Heidnik, meanwhile continued to maintain his innocence despite his conviction.

In 1999, the day of his execution came at the State Correctional Institution at Rockview. His last meal was two cups of coffee and two slices of cheese pizza, PennLive reported in 1999. He spent the hours before his death pacing in his cell, his only request that he could have a radio playing country music by him, The Post-Gazette reported at the time.

He was allowed to see attorneys and spiritual advisors through a Plexiglass wall, and his daughter, who had fought to appeal his death sentence, did visit him before his execution, according to PennLive.

Sandra Lindsay’s family, Deborah Dudley’s family, and Askins all attended the execution. Rivera did not, telling The Philadelphia Inquirer in 2012, “It would have been better for him to sit in a 4-by-4 cell.”

Heidnik was executed by lethal injection and pronounced dead at 10:29 p.m. on July 6, 1999 at the age of 55. “Thank Jesus,” one witness was heard saying, while others in the witness chamber applauded, PennLive reported.