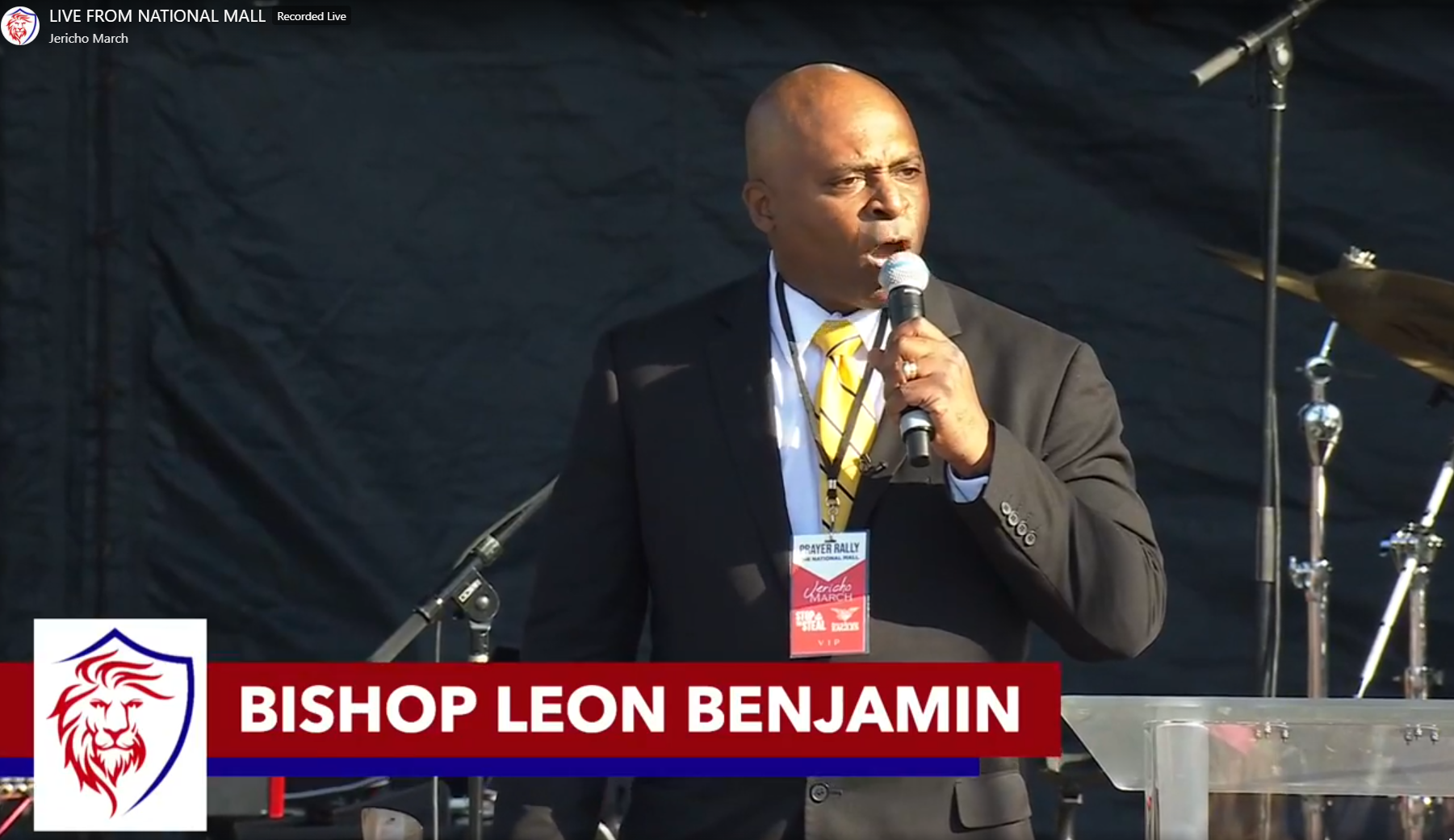 On December 12, 2020, thousands of pro-Trump evangelical supporters gathered at the “Jericho March” at the National Mall to support the President’s effort to overturn the 2020 election results...
by Raquel Jayson December 17, 2020 231 Views

On December 12, 2020, thousands of pro-Trump evangelical supporters gathered at the “Jericho March” at the National Mall to support the President’s effort to overturn the 2020 election results and “Stop the Steal”. Groups of protestors and counter-protestors also gathered in front of the Supreme Court and at  Freedom Plaza.  The “Jericho March” was described on its website as a “prayer rally” with speakers praying for the “walls of corruption and election fraud to fall down.”

One speaker was Bishop Leon Benjamin of  New Life Harvest Church in Richmond, VA. who ran for election to the U.S. House to represent Virginia’s 4th Congressional District. He lost in the general election on November 3, 2020.

At the Jericho Rally, Bishop Benjamin held a shofar, a musical instrument made from the horn of a ram and used during important Jewish religious observances, and called on the “patriots” to announce that “Jericho walls must come down” in the name of Jesus who “will rule in America.”  The call echoes the Biblical story of Joshua at Jericho.

Bishop Benjamin proceeded into a denunciation of plagues in America but primarily Marxism and Witchcraft.

The bishop then shouted, “This is what I learned about witchcraft. You gotta tell a witch, you gotta look ’em right in the eye and say, I’m coming after you! This is your last day! This is your last time! Every curse you cursed against our president, and against our nation, is gonna double fall back on your head! The Jericho walls must come down!”

He further said, “When you shout, and I got a few seconds now, but when you shout just understand you’re shouting for not only this generation but you’re shouting a legacy for the next generation, because the demons we kill now, our children will not have to fight these devils. These are our devils, and we will kill them now! They will not bite our children. The Jericho walls must come down!”

Bishop Leon then blew the shofar and said that he could see the walls coming down.