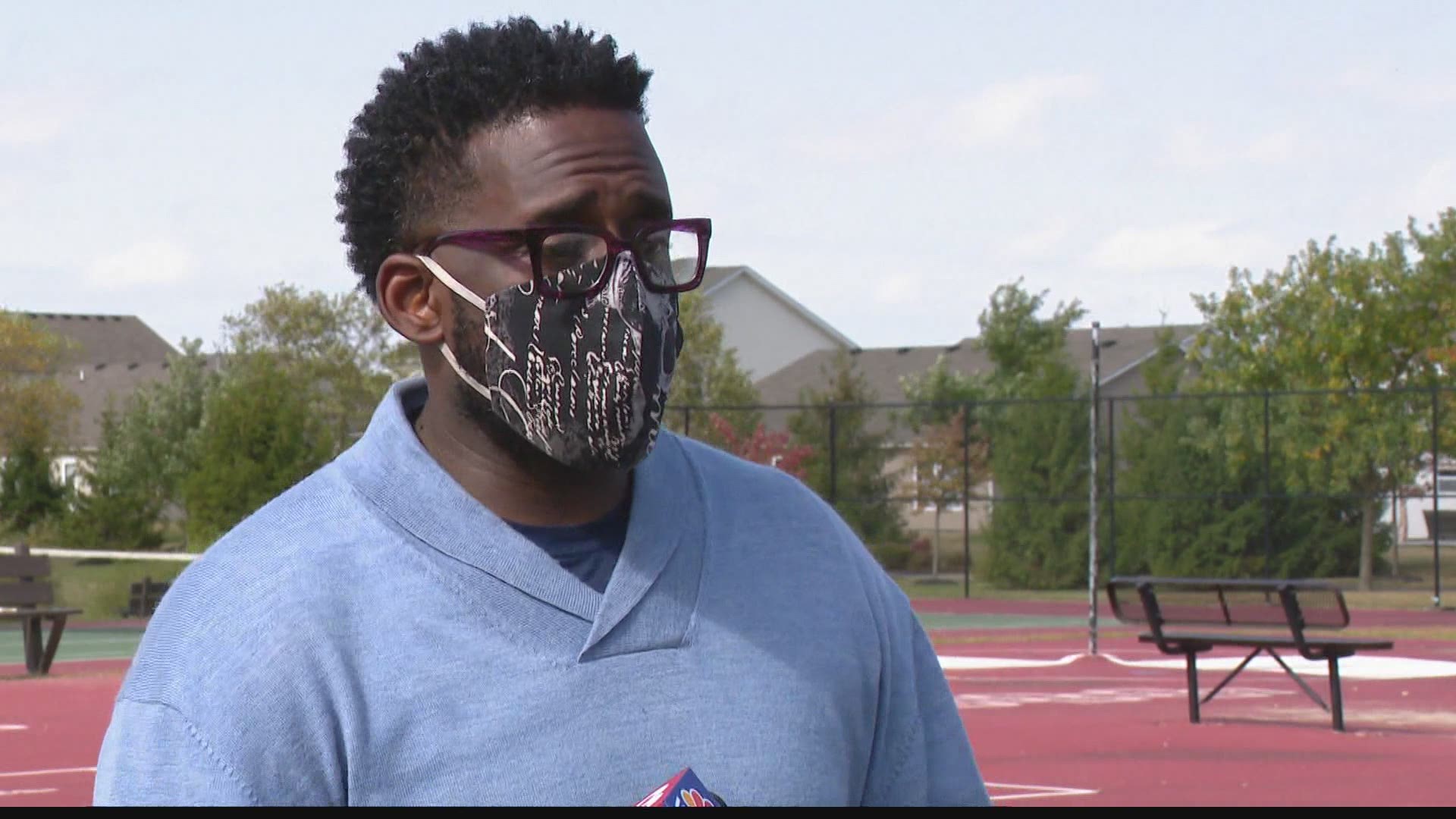 An Indianapolis pastor is praying law enforcement officers will consider wearing masks when interacting with the public. Pastor Aaron Porter, Sr. is an associate minister at Mount Zion Apostolic...
by Zach Freeman October 15, 2020

An Indianapolis pastor is praying law enforcement officers will consider wearing masks when interacting with the public.

An officer from the Marion Police Department stopped Porter Sunday night on I-69 around 11 p.m.

Porter used his cell phone to record the traffic stop, where you can hear him pleading with the officers to wear a mask.

When Porter asked why he was being stopped, the officer said that it was for following too closely. But the traffic stop took another turn when Porter confronted the officer for not having on a mask.

Porter told 13News he follows CDC guidelines for masks in order to stop the spread of the coronavirus. But when he asked the officer from the Marion Police Department to mask up, it didn’t go over so well.

You can hear on the audio that Porter shared with 13News that the officer insisted on obtaining Porter’s drivers license before he returned to his police car, where he had his mask. Porter didn’t want to interact with the officer unless the officer was wearing a mask.

“And you are refusing to put on you mask?” Porter asked.

The officer responded in the audio saying, “I am going to go back to my car and put on my mask.”

Porter claims not only was the officer less than 6 feet from him during the traffic stop, but also started spitting saliva particles while refusing to retrieve his mask.

“He was putting his hand into my car,” Porter said. “I put on my mask to protect him and to protect me.”

Porter eventually requested a supervisor to the traffic stop only to be what he considered being put at even more risk.

The following is another audio portion of the interaction between the pastor and police staff supervisor:

Police supervisor: “I am the staff supervisor, I hear you want to talk to a supervisor?”

Porter: “Can you get your mask?” Support Joe and Kamala: Vote by mail!Ad by Biden for President See More

Police supervisor: “Why do I need my mask?”

The audio continues with the staff supervisor explaining that he didn’t need to put on a mask because Porter requested his presence to talk about the officers and not his own mask.

Porter believes masks are helping keep his family safe from COVID-19. Porter’s church family sang hymns outside a member’s home who lost her son and husband to COVID-19. He believes everyone should wear a mask to stay safe and that leaders like police supervisors should act as an example.

“I expected him to come to the scene and de-escalate things,” Porter said.

But he went on to share with 13News that during the traffic stop, one of the officers claimed he spotted drugs in Porter’s car, which the pastor says was potato chips he was eating earlier.

That led to an around-the-car search with a drug detection K-9.

“I don’t smoke. I don’t drink. He claimed he saw it and ordered the other guy to take me out and take me down,” Porter said. “Now I see how these type of traffic stops escalates.”

After not finding drugs, the Marion police officer issued Porter a written warning for following too close.

Porter told 13News if nothing else, he wants to bring awareness to police about the importance of wearing a mask when dealing with the public.

In a statement to 13News, Marion Police Department said officers are required to wear masks if interacting with the public within 6 feet.

“The Marion Police Department’s policy is for our officers to wear the face mask while making contact with the public within a six foot distance, and officers do not have to wear a face mask if maintaining a distance of six foot. It is clear that the officers approach Pastor Porter’s vehicle from the passenger side window to maintain distance.”

Officers at the Indianapolis Metropolitan Police Department strongly support prevention efforts to curb the spread of COVID-19. In accordance with a public health order, officers are instructed to wear masks indoors and in outdoor situations where they are unable to properly social distance. However, in emergency situations, an officer may have to prioritize the responsibility to address the needs of community members and may be delayed in putting on their mask. 3 life-extending factors for advanced pancreatic cancer patientsAd by Mayo Clinic See More

Johnson County Sheriff Duane Burgess wants to keep his employees and deputies as safe as possible during the pandemic. Deputies must wear masks when taking a call inside or while outside someone’s residence or business, even if it’s not a public area. Deputies are also required to wear a mask if they have passengers in their vehicles.

In Avon, police officers are instructed to wear masks during all encounters with the public until further notice.