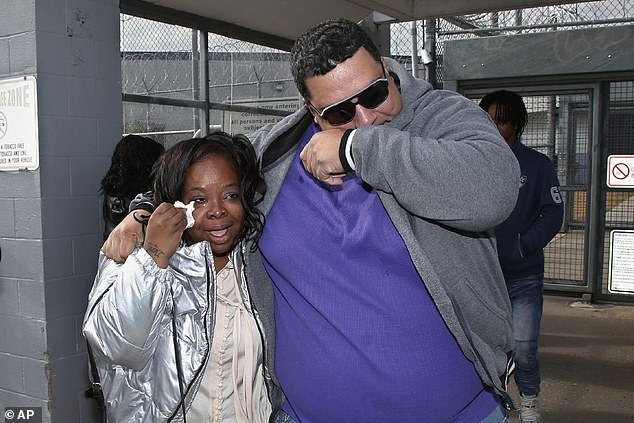 An Oklahoma mother who had been imprisoned for 15 years for failing to report to authorities that her boyfriend was abusing her children was freed from custody on Friday....
by Raquel Jayson November 9, 2019 249 Views

An Oklahoma mother who had been imprisoned for 15 years for failing to report to authorities that her boyfriend was abusing her children was freed from custody on Friday.

Tondalao Hall was sentenced in 2006 to 30 years in prison under Oklahoma’s “failure to protect” law after her then-boyfriend, Robert Braxton Jr., abused two of their children so severely, at least one had multiple broken bones, according to Hall’s attorney, Megan Lambert of the American Civil Liberties Union of Oklahoma. Hall had already been in jail for two years when she received her sentence.

Braxton, meanwhile, pleaded guilty to abusing the children, but was given no additional time behind bars: He received a 10-year suspended sentence and was released on probation after having served his two years in jail, Lambert said.

The discrepancy between the two punishments prompted widespread outrage and put a spotlight on Oklahoma’s high incarceration rate, which is the highest in the country. The state also has the highest rate of female imprisonment.

Hall was released around 11 a.m. local time from Mabel Bassett Correctional Center in McLoud, Oklahoma. Wearing a silver jacket, she stepped out of the prison and into the arms of family and supporters awaiting her, some holding pink and purple balloons.

When asked by a reporter how it felt to be free, Hall responded through tears, “Wonderful.”

Ahead of her client’s release, Lambert told NBC News on Friday that it was a “bittersweet” day.

“I am relieved that we finally got some justice for her, but at the same time, it’s a little bittersweet because today is coming 15 years too late,” Hall said. “And at the same time, she’s still leaving behind countless other women who are still incarcerated on failure to protect charges.”

Oklahoma’s incarceration ranking is one many state officials are eager to shed. On Monday, more than 400 inmates across the state were released from prison in what the governor said was the largest prisoner commutation in U.S. history. The inmates had been sentenced for drug possession or other nonviolent crimes.