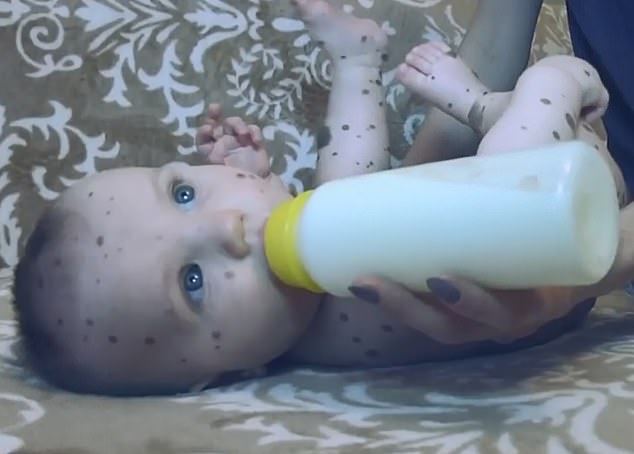 TROLLS have targeted the mum of an adorable six-month-old baby who underwent a dramatic birthmark removal op just months after a priest refused to baptise her over the pre-cancerous...
by Raquel Jayson February 14, 2020 83 Views

TROLLS have targeted the mum of an adorable six-month-old baby who underwent a dramatic birthmark removal op just months after a priest refused to baptise her over the pre-cancerous condition.

Maria Khvostantseva, 22, from the city of Kurgan, Russia’s was raising funds for surgery for Victoria when a clinic in St Petersburg offed to operate for free.

Maria was delighted with this offer amid fears the birthmark – melanocytic nevus – could develop into a malignant tumour.

After the little girl had the surgery, which partially removed the birthmark, her overjoyed mum announced the life-changing op on social media.

But she was shocked by the barrage of negative comments she received from online trolls who accused her of pulling a paid PR stunt with some even doubting the operation could be performed in Russia.

Maria told local media: “We are now getting lots of negative comments especially from people that treat abroad, they say that I’m making PR for the clinic and used pictures from another child.

“When your kid has a precancerous condition, you use any option that pops up. We were offered free surgery and of course, we accepted it.”

According to Maria Khvostantseva, doctors plan to perform eight consecutive operations, during which the baby’s nevus will become less and less.

When Victoria was one-month-old, Maria reported that one of the local priests refused to baptise the tot because of the birthmark.

The unknown priest reportedly refused to baptise the little girl because he did not know if the birthmark was contagious.

This Woman Posted This: ““Sometimes my cheating husband is actually nice” accompanied by the shoulder shrug emoji.”