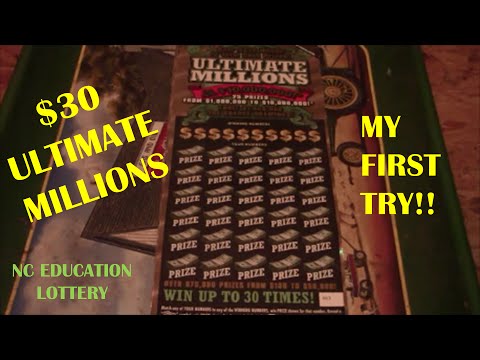 A man became an instant multimillionaire after a scratch-off ticket purchased in Burbank won a $10 million prize, lottery officials announced Wednesday. An Ultimate Millions ticket is seen in...
by Raquel Jayson February 20, 2020 172 Views

An Ultimate Millions ticket is seen in a photo released by the California Lottery on Feb. 19, 2020.

The ticket proved to be worth the game’s maximum prize of $10 million.

But Kasabian wasn’t the only lucky lottery player in L.A. County to win a million-dollar prize recently.

The winning $10 Season’s Greetings Scratchers was purchased at Victoria Plaza Liquor, which is located at 4226 West Pico Blvd. in the Mid-City area of Los Angeles.

Choe has previously won smaller amounts of money playing the lottery, but nothing close to this.

“It just means better days,” he said in the release. “I want to hang back for a little bit and take some time before deciding what to do next.”

Kasabian and Choe declined further comment and no additional information would be released, lottery officials said.

Her Baby Contracted Herpes From A Simple Kiss On The Cheek

Lawyer Scheduled To Be Sentenced Today For DUI Has Committed Suicide.