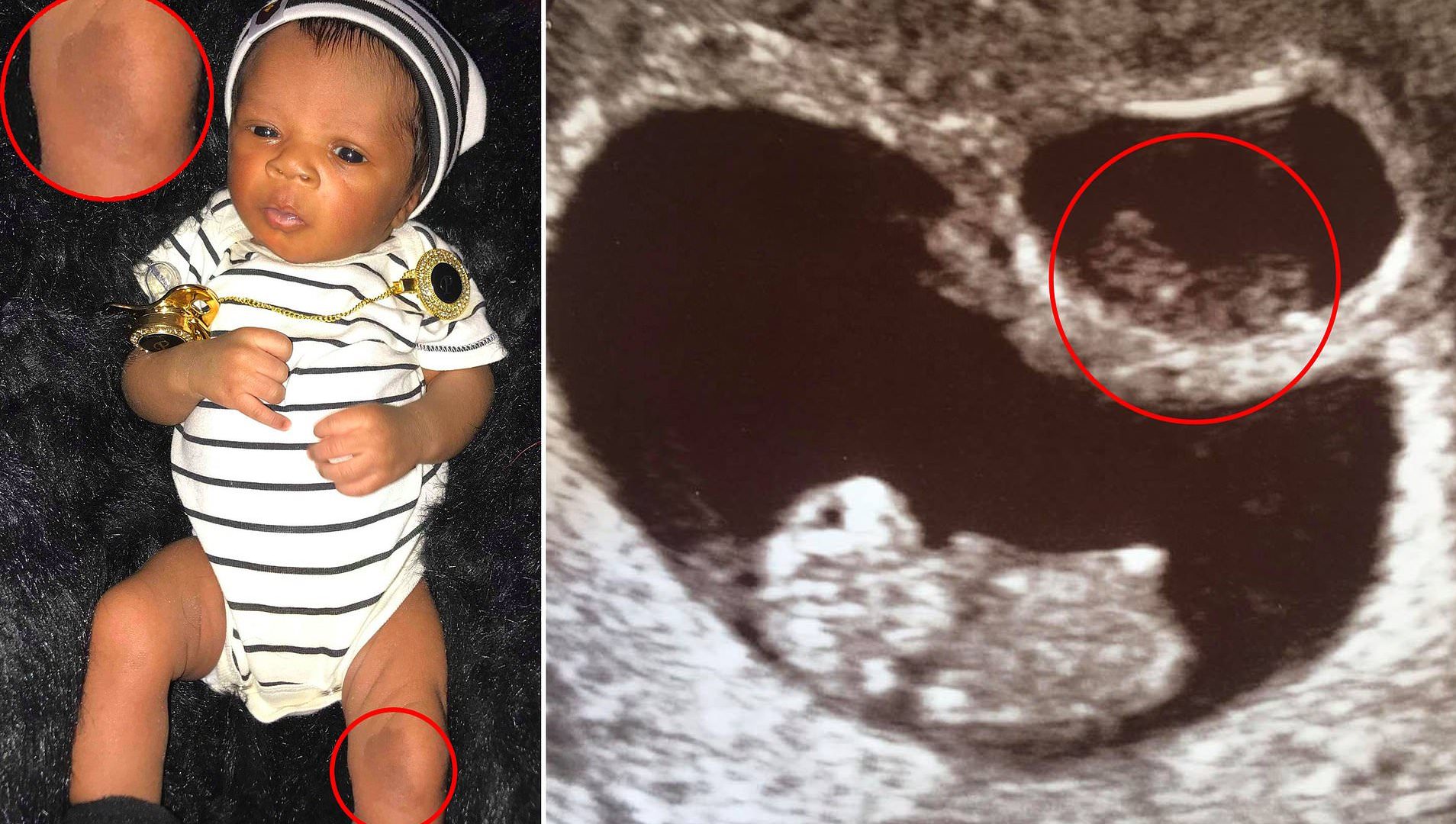 A NEW mom has spoken of her heartbreak after she miscarried one of her twins during pregnancy – only to find her baby boy had been born with a...
by Raquel Jayson February 11, 2020 185 Views

A NEW mom has spoken of her heartbreak after she miscarried one of her twins during pregnancy – only to find her baby boy had been born with a birthmark in the shape of his sister’s scan photo.

KisLevonia Givens, 28, from Louisiana, was already a mom-of-four when she found out she was expecting twins last year.

But shortly after her nine-week scan, the mom was devastated when doctors confirmed that her baby girl – who she’d already named Patience -was much smaller than her brother and struggling to survive.

The following month, KisLevonia received the bad news that her daughter had “vanished” and had likely been absorbed by their sibling – a rare condition called vanishing twin syndrome.

In January, the mom gave birth to baby Payelon and was delighted when she discovered a birth mark on his leg in the shape of Patience’s nine-week scan photo.

She said: “When I’d given birth, one of the nurses came in and pointed out his birthmark to me.

“It shocked me but I was happy and smiling. It was amazing. It’s incredible what the human body is capable of doing.

“It wasn’t strange or weird to me – it was more of a ‘wow’ feeling. The birthmark looks like the scan of his sibling at 10 weeks.

“That’ll always be a reminder for Payelon of his twin that didn’t make it.”

Although KisLevonia was handed two welcome packages at her first midwife appointment, she assumed one was meant for her two-year-old as no one had specifically said she expecting twins.

It wasn’t until she came in for her nine-week scan that she realised she was about to become a mom-of-six.

What is Vanishing Twin Syndrome?

She said: “When I found out it was twins I was excited but afraid. I already have kids and then to be pregnant with multiples was shocking – but I was ready.

“When I went for my visit at nine weeks they could only hear one heartbeat. One of the babies was growing bigger than the other.

KisLevonia was so devastated by the news that Patience was struggling that she went to four different pregnancy centres for scans – but they all told her the same thing.

“When I went back in for another ultrasound [at 13 weeks] it wasn’t there anymore. I cried a lot.

“I had just broken the news to the family about having twins, then when they said ‘we don’t hear a heartbeat’ it was hard to get over that.

“Every time I’d go in for the ultrasounds they would say ‘well, at least you still have the one’.”

When Payelon was born three weeks early on 17 January, midwives pointed out a small birthmark on his left leg – which KisLevonia claims is the exact shape of his sibling’s scan photo.

Now Payelon will forever carry the memory of the twin he never met on his skin – something KisLevonia has described as ‘incredible’.

KisLevonia said: “Payelon was growing more rapidly than a baby of his age normally would.

“He was always very active and healthy and growing.

“He was due on February 8 but he came early. I’m so happy to have him. I stay up all night just staring at him.”