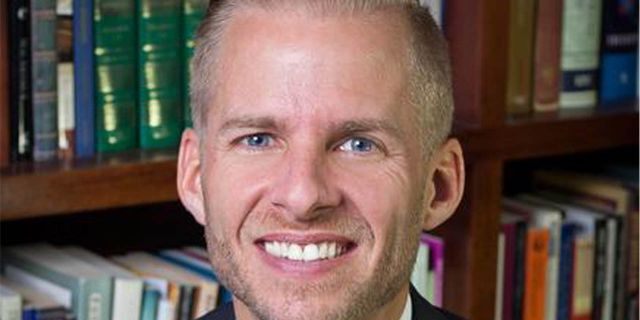 Kanye West has had several friends preach at his Sunday Service, but since he started making them public, one little-known pastor from Los Angeles has started catching the ear of many...
by Raquel Jayson October 7, 2019 264 Views

Kanye West has had several friends preach at his Sunday Service, but since he started making them public, one little-known pastor from Los Angeles has started catching the ear of many of those gathered — but who is he?

Adam Tyson is the senior pastor of Placerita Bible Church, 30 miles northwest of LA, and for the past few months, he’s been leading West in a Bible study before sharing the gospel with thousands at Sunday Service events in Detroit, New York City and, this past Saturday, in Salt Lake City, Utah.

“Kanye started visiting our church back in mid-May,” Tyson told Fox News. “He asked me to help him to learn more about God from the Bible so, I started a Bible study with him and others in Calabasas in August.”

He added: “I would teach from God’s Word about how salvation is only by grace alone, through faith alone, in Christ alone.”

It feels like half the crowd comes because they are Kanye fans, but we want them to leave knowing Jesus Christ.— Adam Tyson

After the “Jesus Walks” singer and his wife, Kim Kardashian West, bought a ranch in Cody, Wyo., West asked the pastor to continue the Bible study, so he flew up on Tuesday and back to LA on Wednesday.

“In addition to leading a Bible study, we have had lots of conversations about how to love God, love others, walk in holiness, as well as working on the new album ‘Jesus is King,'” Tyson said.

During his Salt Lake City service, which drew 7,000 people, he preached about John 3:16 for about 15 minutes.

Tyson summed up his sermon: “My message is that God is holy, but we are all sinners and therefore deserve God’s judgment. God loves the world so much that He gave His only Son, Jesus Christ, who lived a perfect life, died on the cross for our sins, and was raised from the dead on the third day. The good news is that through repentance of your sin and faith in the risen Christ you can have true joy and happiness which is found only in Jesus.”

The husband and father of five said a lot of people come to the Sunday Service one way — perhaps simply hoping to hear a Kanye hit — but he hopes they leave having had an encounter with God.

“It feels like half the crowd comes because they are Kanye fans, but we want them to leave knowing Jesus Christ,” Tyson said. “We want them to know that there is something better than what the world offers. The answer is found in Jesus, in knowing Him, loving Him, and walking in obedience to Him.”

He added: “Sunday Service is about a God-exalting testimony, Christ-centered preaching, and Spirit-filled worship that points people to the goodness and greatness of God. We want America and the world to see the love of God through Jesus Christ.”

Also on Saturday, one interaction may have illustrated the famously me-centric West is no longer about himself.

After someone shouted “Thank you, Kanye!” at the Sunday Service where he defended his support for President Trump, West reportedly responded, “Who said ‘Thank you, Kanye?’ I want you to say is, ‘Thank you, Jesus.'”

In-N-Out President And heiress Lynsi Snyder opens up about faith, explains those Bible verses on packaging