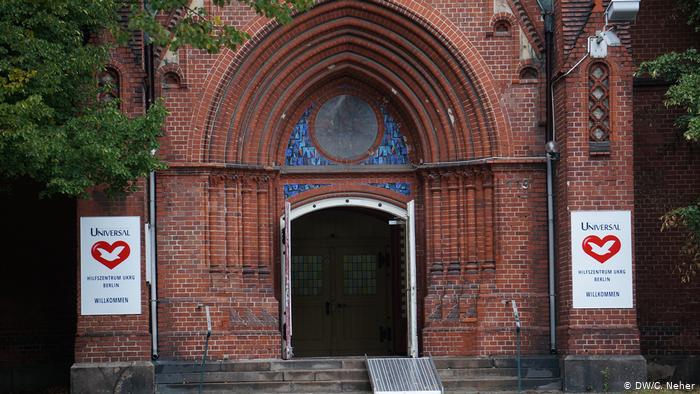 The bone of contention, the Gothic revivalist New Nazareth Church with its 78-meter-high (256-foot) bell tower built in 1893, is located on Leopoldplatz in the Wedding neighborhood of Berlin....
by Raquel Jayson September 15, 2019 248 Views

The bone of contention, the Gothic revivalist New Nazareth Church with its 78-meter-high (256-foot) bell tower built in 1893, is located on Leopoldplatz in the Wedding neighborhood of Berlin. The Igreja Universal do Reino de Deus (Universal Church of the Kingdom of God, or UCKG) has been renting the space since 2016, and now the congregation wants to buy it.

But the plan has met with stiff resistance from Berlin city administrators. “The UCKG enriches neither our neighborhood, nor its surroundings,” said Stephan von Dassel, mayor of Berlin’s Mitte district. The Green party politician says the church’s history and methods are not compatible with the neighborhood.

The UCKG has a presence in 11 German cities, including Cologne, Frankfurt, Hamburg, and Munich. Most of its members are Brazilian or other Portuguese-speaking immigrants, though Germans are among the faithful as well.

The leader of the UCKG, billionaire preacher Edir Macedo, is based in Rio de Janeiro, and the New Nazareth Church in Wedding serves as the UCKG’s German and Austrian headquarters. That is one of the reasons the UCKG wants to buy the building. Both evangelical churches want the deal to go through, but Berlin city officials have so far blocked the sale.

The UCKG temple in Sao Paulo was built as a replica of Solomon’s Temple, with stones imported from Israel

The UCKG was founded in Brazil in 1977, and became active in Berlin in 2000. Beyond daily services in Portuguese, German and English at the “temple,” as the community calls its church, the UCKG says it offers outreach programs for people looking for spiritual guidance.

“As far as I know, the message seems to be that people should donate a lot of money to the church, then their problems will just go away,” said von Dassel. Moreover, he said it remains unclear where that money actually goes.

Now, it appears that most of those funds are being earmarked for the purchase of the New Nazareth building. After years of renting various rooms around the city, the congregation is yearning for a place of its own, said Pastor Ulices Vidal — ideally in the former Protestant church. Vidal says it’s important to buy the building to ensure that the UCKG can continue its spiritual and social work in the neighborhood.

The German Church of God also regrets the city’s reluctance to approve the sale. Its president, Marc Brenner, said he is surprised by administrators who have threatened to stop the sale in court if they need to. “I don’t want to judge the actions of local politicians and city representatives, but we can’t hide our disappointment,” he told DW.

Read more: The main differences between Catholics and Protestants

If the sale lands in court, the city would have the upper hand: A clause in the most recent deed of sale states that the property can only be resold with the approval of city administrators, and Mayor von Dassel plans to make use of the clause, if necessary.

Neither the Church of God nor the UCKG were willing to divulge the current sale price, but considering the rise in property values in the neighborhood, it will certainly be much higher than it was more than a quarter century ago.

Yet neither of the churches wants the fight to escalate. Instead, Pastor Vidal told DW the mayor should come to the church and see all of the good work that it does before forming such a negative opinion.

“The work of the Universal Church has been praised in a number of cities and countries. We abide by the law, and seek to do our work within the legal framework of our host cities and neighborhoods,” he said.

Read more: Christian church: Dying out or thriving like never before?

Many researchers have, in fact, said that evangelical churches have a positive influence on their members. In South America, for instance, the Protestant virtues of hard work and self-discipline offer a counterbalance to Catholic confessions that adherents believe open the door to heaven, even after a life of sin.

But the UCKG is by no means a harmless Christian community, at least not in Brazil. It is one of the biggest Pentecostal churches in the country and a driving economic and political force.

It controls one of the largest media conglomerates in the country and has an outsize influence on President Jair Bolsonaro’s Social Liberal Party. Marcelo Crivella, the mayor of Rio de Janeiro, is a nephew of UCKG founder Macedo.

Macedo has never been shy about his plans for expanding the influence of his church. In his 2008 book Plan for Power, he wrote that evangelicals were God’s chosen people and that he had big political plans for them.

Her Dad Committed Suicide Yesterday On Her Wedding Day

Sarah Huckabee Says It’s Our Gun Given Right To Posses Guns And Twitter Goes Totally In On Her!