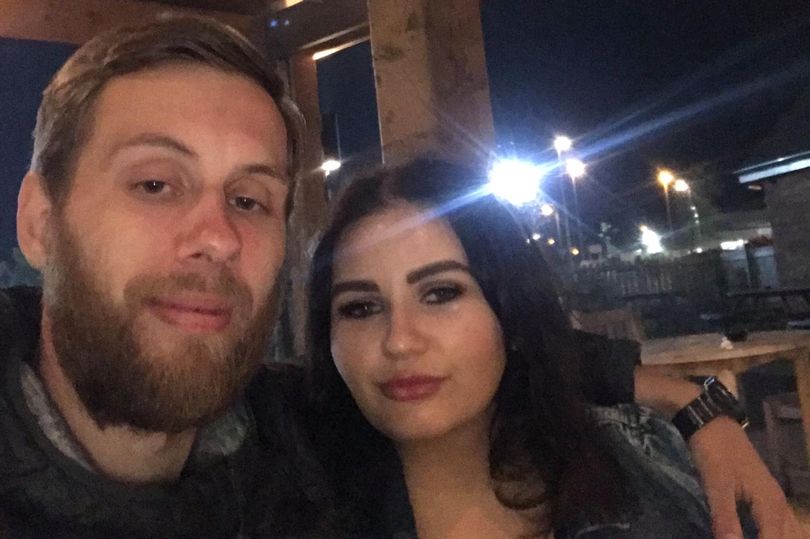 This 22 Year Old Mother Has Died One Week After Noticing Bruises On Her Body: Leukemia

WHEN Sarah Armstrong noticed unexplained bruises appearing on her body she assumed she’d unknowingly knocked herself. The mom-of-one, 22, had always been fit and healthy and the last thing...
by Zach Freeman February 4, 2020 178 Views

WHEN Sarah Armstrong noticed unexplained bruises appearing on her body she assumed she’d unknowingly knocked herself.

The mom-of-one, 22, had always been fit and healthy and the last thing to cross her mind was that she could have an aggressive form of cancer.

However, keen to rule out anything serious, Sarah went to the doctors only to be given the news she most feared – she had acute myeloid leukaemia.

The health care assistant, from Fazakerley in Liverpool, was determined to beat the disease and see her daughter grow up but, days later, she suffered a huge stroke and passed away on 1 February.

Her childhood friend Danielle Johnson is now sharing Sarah’s story to raise awareness for leukaemia and to raise money for Sarah’s funeral costs.

Writing on her GoFundMe page, Danielle wrote: “Sarah was a beautiful 22 year old girl, who was dedicated to looking after others working within the NHS.

“Not only was she loved by her patients and work colleges but by everyone she met.

“Sarah has a loving boyfriend Joel and a beautiful two-year-old daughter Macy who will have her own guardian angel watching over her.”

Sarah first suspected something was wrong when she noticed bruising on her arms, legs, stomach, thighs and back.

At first, she thought they’d appeared as she’d accidentally knocked herself and carried on with her normal day-to-day life.

Again, Sarah brushed off the symptoms – thinking it was just down to working in a hospital where you can “catch all sorts.”

Despite this, one morning, Sarah spotted a huge black bruise on her arm which she knew couldn’t have been accidental.

She developed ‘flu-like’ symptoms so booked an appointment with her GP but within days, she suffered a stroke and died from acute myeloid leukemia – after spending the previous night ‘laughing’ with a friend.

Sarah was diagnosed with a cancer of the myeloid line of blood cells, on January 24 and immediately started chemotherapy treatment on January 29.

She died on February 1.

Sarah, who was described as “strong and positive” posted an emotional message on Facebook to raise awareness of the disease.

She also said how she was remaining positive and defiantly wrote: “I know I will beat this”.

Concerned, Sarah headed to the doctors to find out what was really happening – which was when her gums began bleeding for hours without stopping.

Danielle said: “She recently was coming out in regular bruises and decided to go the doctors which she was then advised to get her bloods done.

“Later that day she was advised by doctor to go to hospital and was told she had acute myeloid leukaemia (AML) and they were gonna start treatment as soon as possible.”

Sarah was told she would have gruelling chemotherapy for seven days straight to treat the AML – a cancer of the myeloid line of the blood cells.

What is acute myeloid leukaemia?

Around 2,600 people each year are diagnosed with acute myeloid leukaemia.

Leukaemia is a type of blood cancer which effects cells in bone marrow and attacks the immune system.

The disease is often classified as what type of cell is affected (myeloid or lymphatic) and how it progresses (acute or chronic).

Acute leukaemia is when it is progressing aggressively and requires immediate attention.

The risk of developing acute myeloid leukaemia (AML) increases with age, with the cancer being most common in adults over 65.

Typically the symptoms of AML can become increasingly more severe over time.

According to the NHS website, the signs to look out for include:

Speak to a GP if you or your child have possible symptoms of AML.

And she immediately started her chemotherapy on January 29.

Speaking about Sarah starting her treatment, Danielle said: “She was so positive and took on as it was nothing.”

However, on the third day of her chemo – Sarah took a turn for the worse.

She suffered a huge stroke and passed away – with her boyfriend Joel by her side.

Days before her death, according to the Liverpool Echo, Sarah shared a heartbreaking post revealing her determination to beat the disease.

She also urged others to see their doctor is they develop any unexplained bruising.

Sarah told her friends: “I still have a long way to go with more treatments and tests, however I am positive and I know I will beat this!

“Please anybody who has unexplained bruises, feels generally unwell [and] reads this goes [to] the doctors because knowing the symptoms can save your life.”

Sarah’s family and friends are now trying to raise as much money in Sarah’s memory on GoFundMe.

The page reads: “We would really appreciate if people could donate anything you can afford – the funds will be going towards Sarah’s funeral costs, her baby girl and loving boyfriend Joel.

“Sarah wanted the images and story to be shared to raise awareness and hopefully help others catch this sooner.”

You can donate in Sarah’s memory here.