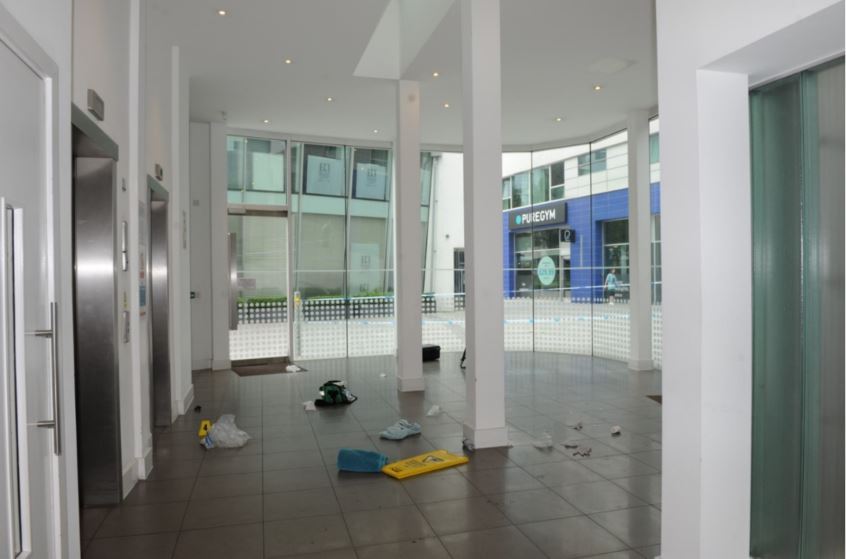 A TEENAGER who pushed an 18-year-old girl off a luxury flat’s 40ft balcony after she spurned his advances is facing years in jail. Yusef Ali, 19, had put his...
by Zach Freeman February 5, 2020 186 Views

A TEENAGER who pushed an 18-year-old girl off a luxury flat’s 40ft balcony after she spurned his advances is facing years in jail.

Yusef Ali, 19, had put his hand in the thigh rip of the teen’s jeans and told her “this is what I do in the bedroom,” before she rejected him.

He was found guilty of grievous bodily harm over the cruel push at the property in south east London, which left the teen with a fractured neck and “extremely lucky” to survive.

Croydon Crown Court heard that Ali and his friend had booked the luxury flat at Bermondsey’s Empire Square East to host an all-night do on August 4 last year.

The victim arrived at the party with her friends when Ali started making inappropriate advances towards her.

Snapchat footage showed him being disrespectful and aggressive.

He also got involved in a fight with another group of boys who turned up at the bash, grabbing a knife as they tried to escape.

As the teenage girl tried to escape down the lift, Ali rushed towards her and pushed her over an inside balcony.

She fell 40ft, suffering fractures to her neck and lower back and spent several weeks in hospital and wheelchair bound.

Ali then tried to flee the building but officers were quick on the scene to arrest him.

He was found with a knife handle in his pocket which matched a blade found at the flat at the time.

Ali, of Corry Drive, Brixton, was convicted of wounding with intent, affray and possession of a bladed article following a trial.

He was, however, cleared of attempted murder.

Kathryn Iyer, from the CPS, said: “This was a senseless act of violence during a party that went badly wrong.

“The victim in this case was extremely lucky to have survived the fall. I hope she continues in her recovery and gains a sense of closure following this conviction.”

Detective Constable Tom Waller, from the Met’s Central South CID, said: “Ali did not care who he injured that night and was clearly intent on harming anyone in his path.

“Those at the party were left terrified and we are grateful for those who have provided their own witness accounts and had to re-live what happened.”

Ali was remanded in custody ahead of sentence at Croydon Crown Court on 5 March.