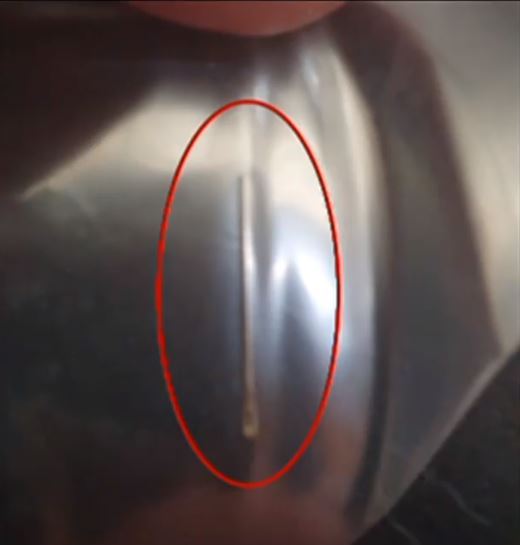 A TERRIFIED schoolgirl was rushed to hospital after swallowing a needle seemingly hidden inside a supermarket apple. Shelby Pewhairangi needed x-rays after feeling a stabbing pain while biting into...
by Raquel Jayson February 12, 2020 203 Views

A TERRIFIED schoolgirl was rushed to hospital after swallowing a needle seemingly hidden inside a supermarket apple.

Shelby Pewhairangi needed x-rays after feeling a stabbing pain while biting into fruit bought from a Woolworths store.

The 14-year-old said after chomping into the apple one of her friends noticed part of the spike embedded in her lip,  reports 7News.

However, the needle was broken in two and the schoolgirl is now in hospital being monitored by medics.

“I slept in the room next to her last night because I was really nervous,” worried mum Seimone revealed.

“The doctor told us the 24 hours after the accident were crucial.”

Shelby will now undergo further scans to locate the missing half of the broken needle.

Her family said it took the piece of metal Shelby spat to the Woolworths where the apple was purchased.

“We’ve seen the customer’s report and we’re looking into the matter in line with established procedures,” a spokesperson for the supermarket giant said.

“We stand ready to assist authorities in any way we can.

“While this appears to be an isolated case, we’ve conducted precautionary checks on our stock in the store and found no issues.”

More than 180 cases of needles in fruit have been reported in the USA in the last 18 months and those now caught tampering with food face up to 15 years behind bars.

The news came amid a building concern about contamination of strawberries which reportedly hit six brands and five states in USA.