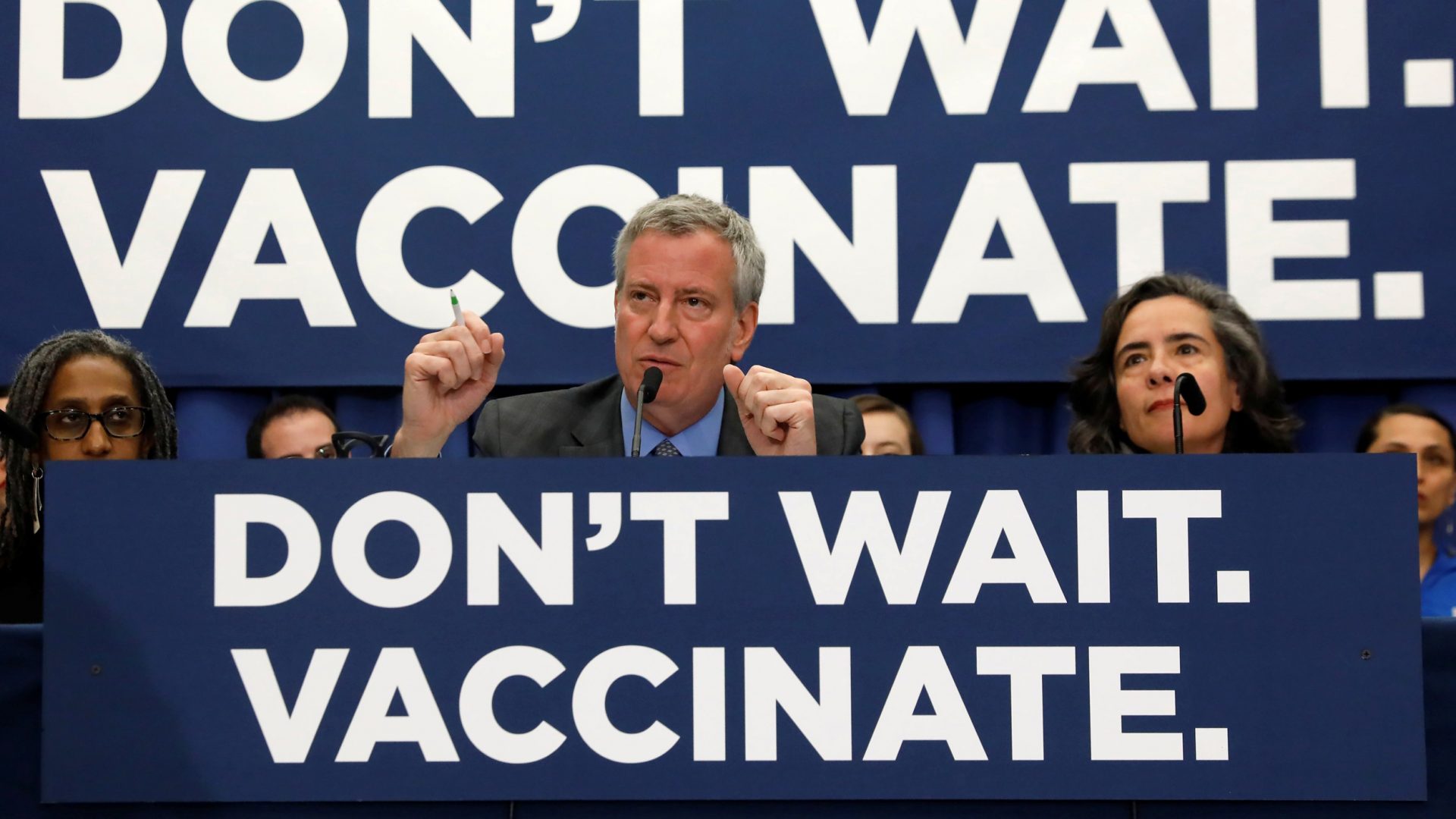 These Three New York City Parents Have Refused To Vaccinate Their Children Against The Measles And Now They Face Fines And Possible Jail Time!

New York City issued three summonses after three children were found to not be vaccinated under the recent vaccine mandate and also closed four more schools amid the current...
by Raquel Jayson April 19, 2019 284 Views 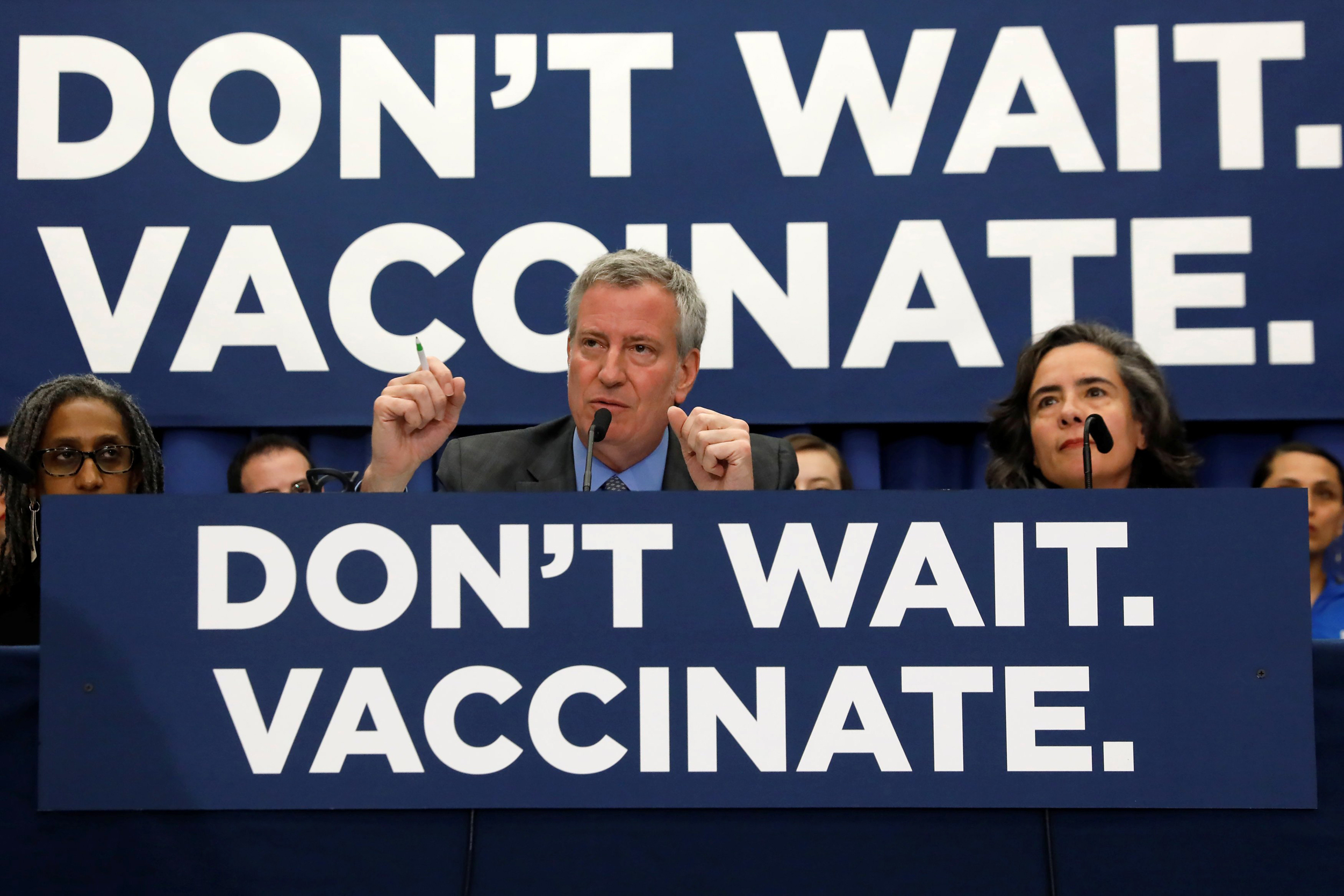 New York City Mayor Bill de Blasio speaks during a news conference declaring a public health emergency in parts of Brooklyn in response to a measles outbreak, requiring unvaccinated people living in the affected areas to get the vaccine or face fines, in the Orthodox Jewish community of the Williamsburg neighborhood, in Brooklyn, New York City, U.S., April 9, 2019. REUTERS/Shannon Stapleton

New York City issued three summonses after three children were found to not be vaccinated under the recent vaccine mandate and also closed four more schools amid the current measles outbreak.

The Department of Health announced Thursday that the three non-vaccinated people failed to comply with the Commissioner’s Emergency Order mandating measles vaccination and could face a fine of $1,000.

Failing to appear at the hearing or respond to the summons will result in a $2,000 fine.

Health officials are investigating cases with the help of its “disease detectives” and say many of the people who were contacts of individuals with measles had proof of vaccination. The three children in question, however, were still unvaccinated as of April 12.

The cases will go to a hearing, where the parent will be fined if the violations are upheld.

The Health Department also announced that the United Talmudical Academy (UTA), located at 75 Ross Street in Williamsburg, has reopened with monitoring after it was closed on Tuesday for failing to provide access to vaccination and attendance records.

There have been 329 cases since the outbreak began last October, though it is unclear how many cases are current. There have been no fatalities and only three measles-related deaths in the past two decades, but health officials say there have been complications in the current outbreak, including 25 hospitalizations.