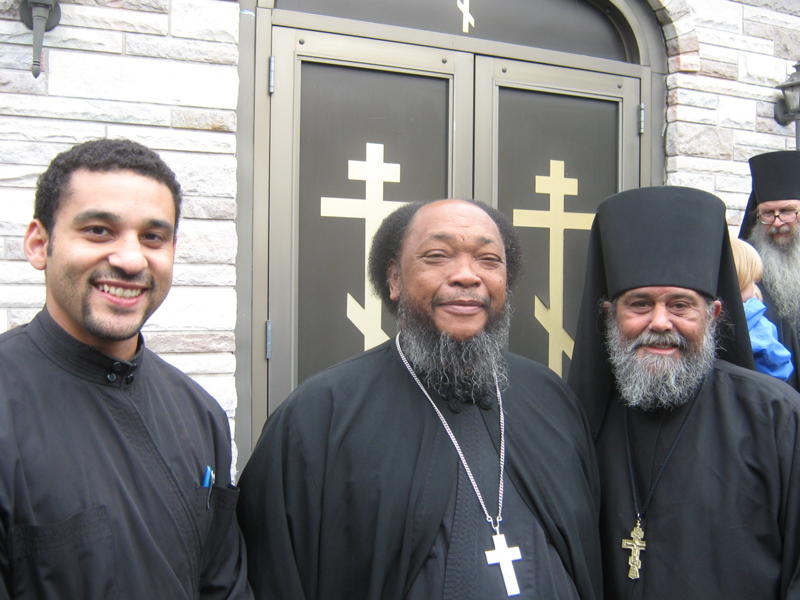 Once the coronavirus outbreak rocked Pittsburgh’s historically Black neighborhoods, Father Paul Abernathy knew that when a COVID-19 vaccine arrived, it would be time to swap his pulpit for the streets in order to convince residents to take the vaccine.

Father Paul, as he’s known to members of St. Moses the Black Orthodox church, donned a yellow neon vest over his Roman collar and began walking door-to-door, infusing faith into his plea for residents to take the vaccine.

“This is very important,” he said to one hesitant neighbor as he knocked on doors in Pittsburgh’s predominantly African-American Hill District. “Sometimes when we pray, he gives us blessing by way of medicine, by way of vaccines.”

“And if we take the vaccines,” said Father Paul, “think about this: Every day that God gives us on this Earth is a gift.”

Across the nation, vaccine hesitancy is not just a matter of race; it’s also a spiritual issue that’s running widespread in many faith-based communities. According to a recent Pew study, nearly 50% of white evangelicals say they won’t take the coronavirus vaccine, as do more than 30% of African-American Protestants.

At the 3,000-member Life Tabernacle Church in Baton Rouge, Louisiana, it’s not uncommon to see many Sunday worshipers streaming into the church without masks.

Last year, at the height of the pandemic and amid state coronavirus lockdown orders, Pastor Tony Spell held multiple services with more than a thousand people in defiance of Gov. John Bel Edwards’ coronavirus restrictions — then sued the governor to keep his megachurch open. Spell has challenged the constitutionality of the restrictions on religious gatherings, but thus far the courts have supported the governor. Spell is appealing the rulings.

Now, a year later, Pastor Spell still stands firm in his decision to hold those Sunday services. And with several vaccines now available to the American public, his message is crystal clear: Don’t take the vaccine.

Besides, he said, “How can you trust a government who in 1945 purposefully [conducted] the Tuskegee Study?”

The federal government’s Tuskegee Study involved 600 African-American men, 399 who had contracted syphilis and 201 who had not, according to the Centers for Disease Control. The men were told by the U.S. government that they were being treated for the disease, but they were actually only being monitored to see how the disease progressed. In 1997, President Bill Clinton formally apologized to the victims on behalf of the country — and today, some still point to the unethical study as a key reason for African Americans’ distrust of government vaccination efforts.

African-Americans are 2.3 times more likely to die from COVID-19 than white Americans, according to a study conducted by the APM Research Lab. Enduring disparities in health care, along with other social and economic inequalities, have resulted in the disproportionately negative impact Black Americans have faced when it comes to COVID-19.

Yet many religious leaders say it’s time to move past the suspicions and the troubling data.