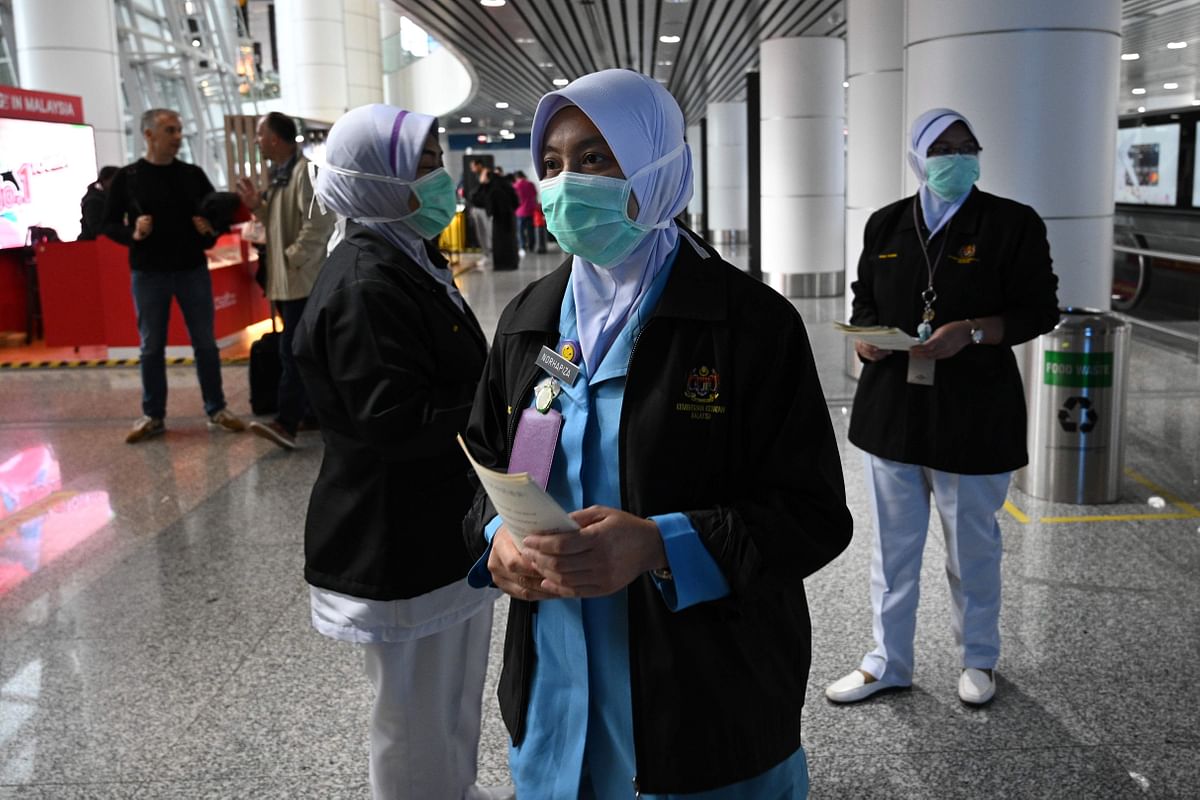 A CHINESE couple abandoned their two young kids at an airport after one of the youngsters was banned from flying due to coronavirus fears. The family were reportedly trying...
by Zach Freeman January 24, 2020 600 Views

A CHINESE couple abandoned their two young kids at an airport after one of the youngsters was banned from flying due to coronavirus fears.

The family were reportedly trying to board a flight at Nanjing airport but the parents left their son and daughter by the departure gate after a scan showed the boy’s body temperature was suspiciously high.

The coronavirus originated in Wuhan and has now spread across the globe, killing 26 people and infecting at least 800 more.

China has imposed strict body temperature screening to detect for signs of the coronavirus amid fears it could be spread by the millions of people travelling for Chinese New Year.

After the couple abandoned their kids, stunned airline staff and airport workers eventually took care of them.

The Yangzi Evening News reports that the family were trying to fly from Nanjing to Changsha, in Hunan province, on Xiamen Airlines MF8040.

“It seems the boy’s body temperature was 38.5 degrees Celsius,” a witness told the paper.

“The airline company did not allow [the boy] to board the plane, but the children’s parents would not agree.”

The couple reportedly blocked the departure gate and insisted that workers let their children through.

“At last, workers let the adults onto the plane,” claimed the passenger, who added that the children were simply left to sit in the airport by themselves.

The incident lasted for nearly two hours and police officers arrived to mediate between the protesting parents and the airline.

The airport authority later told said that the children were eventually allowed to board.

But they were seated at the front of the cabin after some passengers said they were concerned about flying with the sick boy.

The two-hour flight was delayed for more than three hours and took off at 1:12am on Wednesday, according to the airport.

Nine people in the UK have been tested for the virus and a further 2000 people who arrived from Wuhan are also being sought.
As well as Wuhan, the Chinese authorities have quarantined nine other cities in Hubei province with total population of 33 million people as they desperately try to contain the virus.

A 1000 bed hospital dedicated to patients infected is also being built as existing ones struggle to cope with the numbers and is modelled on the Xiaotangshan hospital built in Beijing to cope with the SARS outbreak of 2003.

But the World Health Organisation last night refused to declare a global public health emergency, saying it was “too early”.

At least eight hospitals in Wuhan issued public calls for donations of masks, googles, gowns and other protective medical gear.

Shocking images from Wuhan show residents lying lifeless on the ground in a city that had become dubbed “zombieland” by desperate locals.