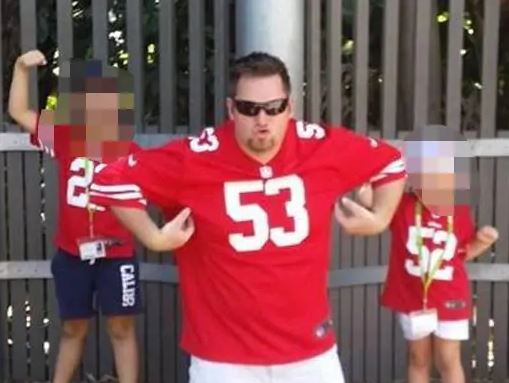 Their Divorce Was Final And Ex-Husband Asked Her Could They Meet For One Final Time. She Didn’t Know He Meant Death:Murder

A TRAGIC mother-of-two was viciously stabbed to death by her evil ex-husband after agreeing to one final meeting before they part ways for good. After many arguments during their...
by Raquel Jayson December 1, 2019 211 Views

A TRAGIC mother-of-two was viciously stabbed to death by her evil ex-husband after agreeing to one final meeting before they part ways for good.

After many arguments during their marriage, Sarah Thomas, 33, had finally left her husband Paul Turner, 43, and she’d taken their two young children, aged four and seven.

The couple had been together in Perth, Australia, for eight years after meeting online.

In August 2016, Sarah decided to move out with the kids and had stayed with her sister before renting a new place for her life after Paul.

At first, the pair agreed to split custody of the children equally, but Sarah started to worry about Paul’s increasingly erratic behaviour, reported ABC AU News.

At one point, Sarah recalled Paul telling the mum-of-two he’d withhold the children from her – leading her lawyer to seek an order to return them.

Sarah then reduced Paul’s access to the children, and by December that year, the Family Court had granted Sarah full custody.

Tensions ran high following the split, and Paul dropped a bombshell claim that Sarah owed him around £1,000.

On December 20, 2016 – just days after the new custody arrangements – Paul and Sarah agreed to meet at a local courthouse to discuss finances.

Girlfriend of London Bridge victim Jack Merritt, 25, ‘beside herself with grief’

Paul was sentenced to life behind bars in October, and was told he would serve a minimum of 24 years.

Sentencing, Justice McGrath said: “I find that you had formed an intent to kill your estranged partner and you formed it prior to arriving at the courthouse.

“When the deceased was vulnerable, you murdered her.”

A Substitute Told Fifth Graders That ‘Homosexuality Is Wrong.’ She Was Escorted Out After 3 Students Spoke Up