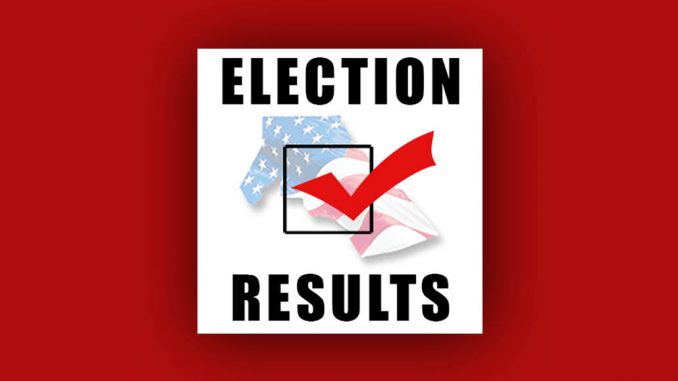 The winners and losers from the 2018 midterm elections

While many races have yet to be called, it is clear after Tuesday’s election that the predicted “blue wave” in the 2018 midterms turned out to be more of...
by Raquel Jayson November 7, 2018 561 Views

While many races have yet to be called, it is clear after Tuesday’s election that the predicted “blue wave” in the 2018 midterms turned out to be more of a Democratic swell.

Democrats did gain a clear majority in the House and flipped some governorships (although fewer than they had hoped), but Republicans added more seats than expected in the Senate and scored victories in nearly all of the most high-profile races.

Both sides are claiming the results as a victory. So who really came out on top?

Here is a look at the winners and losers from Tuesday:

Ahead of Tuesday, liberal-leaning commentators were gushing about three Democratic candidates who appeared to be winning over voters in southern states with unapologetically progressive platforms: Beto O’Rourke in the Texas Senate race, Andrew Gillum in the Florida governor race and Stacey Abrams in the Georgia governor race.

Their campaigns became the focus of national media attention heading into the election and Democrats poured money into the races. Many said those three candidates could represent a new forward for liberals in Republican territory.

Abrams, Gillum and O’Rourke performed well and made their races tight, but in the end, all three appear to have been defeated.

On the other hand, Alexandria Ocasio-Cortez, a self-described democratic socialist, won in deeply blue New York to become the youngest woman ever elected to Congress at age 29.

Heading into Election Day, most pollsters and pundits predicted that Republicans would retain control of the Senate, but few thought they would add more than one or two seats. Some said a true Democratic wave could even sweep away a couple of GOP incumbents to hand Democrats a majority.

But the Republicans did much more than hold onto the Senate, they flipped at least three Senate seats, defeating Democratic incumbent Sens. Heidi Heitkamp, Joe Donnelly and Claire McCaskill. And they may not be done there. As of Wednesday morning, Republican Matt Rosedale held a narrow lead over Montana Sen. Jon Tester and Florida Gov. Rick Scott led Sen. Bill Nelson (although a mandatory recount could be triggered if the current margin holds).

More: Arizona’s McSally-Sinema Senate race is too close to call. Now what happens?

Nevada’s incumbent Sen. Dean Heller, the only Republican to be considered at risk heading into the midterms, was defeated, cutting into GOP gains. But however the final three races undeclared races shake out, Majority Leader Mitch McConnell can rest easy. At a minimum, he will have a 52-48 majority. If the current leaders in the three remaining races go on to victory, that margin will widen to 55-45, a net gain of four seats.

Perhaps the biggest outcome of the election: divided government has returned to Capitol Hill. The winners of more than 20 House races have not yet been projected, but Democrats have already won more than the 218 seats required to gain a majority and they are expected to pad their lead as the remaining races are called.

House Democrats’ will now have to decide if Minority Leader Nancy Pelosi, D-Calif., will return to her role as speaker. More than two dozen Democratic House candidates ran on pledges not to support Pelosi – who has become a lightning rod for conservatives – if they won.

With Democrats in control of the House, the barks of opposition that have hounded Trump since he took office will now have some bite.

Democrats are all but certain to use their new authority to launch investigations the current Republican leadership didn’t wish to pursue. And the president may very well see a subpoena for those tax returns he has been reluctant to share. Pelosi made it clear Tuesday that she opposes impeachment, but that doesn’t mean the progressive wing of the party won’t be pushing for it.

He might have lost the House, but the president was celebrating on his Twitter feed Tuesday night and Wednesday morning. That’s because of the Republicans’ strong performance in several Senate races that polls had painted as Democratic-leaning toss-ups.

Trump has always thrilled at besting his predecessor, former President Barack Obama, and on Tuesday Republicans were victorious in many places where both men campaigned hard for their parties’ candidates.

For that reason, the president even found some silver-lining in the Republican defeats, tweeting Wednesday that those who “worked with me in this incredible Midterm Election, embracing certain policies and principles, did very well” while those that did not stick with him now must “say goodbye!”

And Trump, who loves a good foil, will now have House Democrats to blame for every just about every obstacle facing his agenda.

Those that worked with me in this incredible Midterm Election, embracing certain policies and principles, did very well. Those that did not, say goodbye! Yesterday was such a very Big Win, and all under the pressure of a Nasty and Hostile Media!

Many Republicans who distanced themselves from the president did so because they were in competitive districts where Trump’s low popularity numbers and divisive politics made him more of a liability than an asset.

For the most part, those were moderate Republicans such as Florida Rep. Carlos Curbelo and New Jersey Rep. Leonard Lance. With the moderates getting knocked out, the remaining Republican minority will likely move even closer to the president and adhere closely to his agenda.

The next Congress will include a record number of female members, with at least 113 women winning seats Tuesday (the previous high was 107). Women made up about two-thirds of the districts that Democrats managed to flip in order to gain control of the House.

And 11 women were elected to the Senate and another nine won governors’ races.