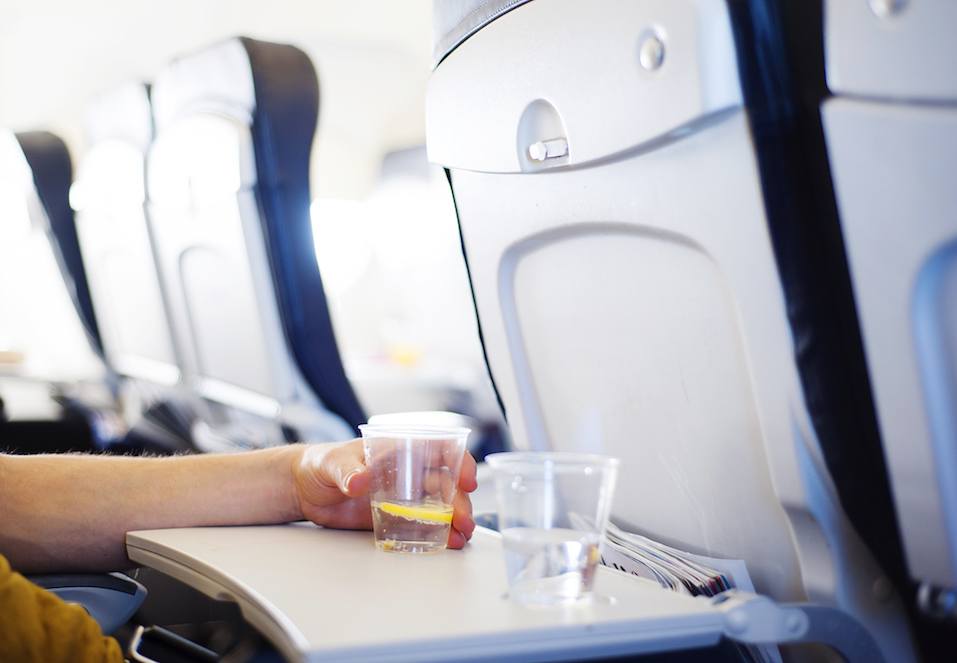 Every frequent flier knows there’s one health rule travelers need to follow. And that rule is, you must drink copious amounts of water while in the air in order to stay hydrated. As Lifehacker explained, the humidity on board planes sits somewhere around 10 to 20 percent, making it a drier landscape than the Sahara. That means you must drink even more water than usual. However, as one study shows, some water on board airlines may be better than others.

The Airline Water Study by DietDetective.com and the Hunter College NYC Food Policy Center reveals the quality of drinking water varies by airline, so much so that some airline water may actually make you sick.

The 2019 Airline Water Study ranks 11 major and 12 regional airlines, mainly by the quality of water they provided on board flights, according to the study’s press release. It also noted that serving any unhealthy water violates the federal government’s Aircraft Drinking Water Rule (ADWR), which was implemented in 2011 and requires airlines to provide passengers and flight crew with safe drinking water.

For the study, each airline was given a “Water Health Score” with 5 ranking as the highest and 0 the lowest. The score is based on 10 criteria, including fleet size, ADWR violations, positive E. coli, and coliform water sample reports, as well as the airline’s cooperation in providing answers to water-quality questions. A score of 3.0 or better indicates that the airline has relatively safe, clean water.

So, just which airline comes with the cleanest drinking water on board? That honor belongs to Alaska Airlines and Allegiant.

“Alaska Airlines and Allegiant win the top spot with the safest water in the sky, and Hawaiian Airlines finishes No. 2,” Charles Platkin, PhD, JD, MPH, the editor of DietDetective.com and the executive director of the Hunter College NYC Food Policy Center, said in a statement. Hawaiian Airlines was the only other major airline to score above a 3.

The airlines with the worst scores, the team said, are JetBlue and Spirit Airlines.

“Except for Piedmont Airlines, regional airlines need to improve their onboard water safety,” Platkin added.

Perhaps the worst part of the study’s findings is the fact that the Environmental Protection Agency, which is one of the federal agencies responsible for ensuring safe aircraft drinking water, rarely ever levies civil penalties to airlines in violation of the ADWR.

The study found nearly all regional airlines, except Piedmont Airlines, have poor Water Health Scores and a large number of ADWR violations. Republic Airways (which flies for United Express, Delta Connection, and American Eagle) has the lowest score at 0.44 and ExpressJet is second-lowest at 0.56.

The study even issued a “Shame on You” Award, which went directly to the EPA and nearly all major airlines for their “very poor response time and lack of cooperation answering detailed questions.”

So, what can you do to stay safe? The authors issued a few key pieces of advice including to never drink any water on board that isn’t in a sealed bottle, do not drink coffee or tea on board, and do not wash your hands in the bathroom; bring hand-sanitizer with you instead.