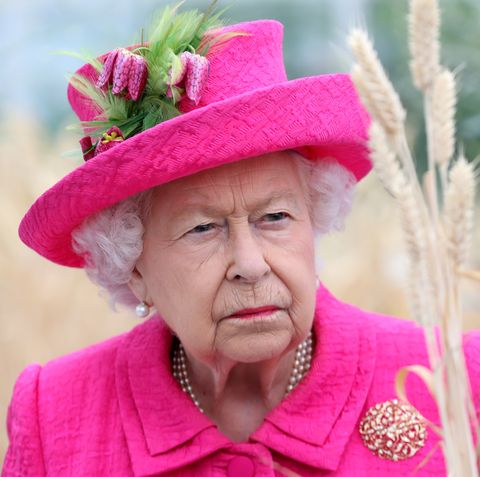 On Monday, the much-anticipated Sandringham Summit between the royal households—Prince Charles, the Queen, Prince Harry, and Prince William, with Meghan calling in from Vancouver Island—took place, and according to the Queen, the conversation was “constructive.” In a statement released by the Queen’s office immediately following the summit, the monarch said: “Harry and Meghan have made clear that they do not want to be reliant on public funds in their new lives. It has therefore been agreed that there will be a period of transition in which the Sussexes will spend time in Canada and the UK.”

Today my family had very constructive discussions on the future of my grandson and his family.

My family and I are entirely supportive of Harry and Meghan’s desire to create a new life as a young family. Although we would have preferred them to remain full-time working Members of the Royal Family, we respect and understand their wish to live a more independent life as a family while remaining a valued part of my family.

Harry and Meghan have made clear that they do not want to be reliant on public funds in their new lives. It has therefore been agreed that there will be a period of transition in which the Sussexes will spend time in Canada and the UK.

These are complex matters for my family to resolve, and there is some more work to be done, but I have asked for final decisions to be reached in the coming days.

What isn’t clear from this statement is where Harry, Meghan, and Archie will live, given that the Queen noted that they will only split their time between Canada and the U.K. during this period of “transition.” Even though Meghan and Harry’s dogs have already been flown to Canada, which feels like a big deal.

The Queen’s statement comes less than a week after the bombshell announcement by Harry and Meghan that they are essentially leaving the royal family and becoming financially independent. Almost immediately after the duo’s statement last Wednesday, which was seemingly announced without much warning to the rest of the royal family, the Queen had responded with a statement of her own: “We understand their desire to take a different approach, but these are complicated issues that will take time to work through.” In other words: Not so fast, Harry and Meghan.

In the days between the shock announcement and the Sandringham Summit, sources close to the remaining senior members of the royal family made clear that everybody was deeply disappointed in both Meghan and Harry’s decision and how they had chosen to go about it. Sources close to Harry and Meghan, however, made clear that the duo had tried hard to give the royal family appropriate notice; that the couple had been miserable for some time; and that the rift between William and Harry dated back to Harry and Meghan’s wedding.

One report that claimed William had “bullied” Harry and Meghan was met with a stern response by both Harry and William, who said in a joint statement: “For brothers who care so deeply about the issues surrounding mental health, the use of inflammatory language in this way is offensive and potentially harmful.”

Meanwhile, Meghan flew back to Vancouver Island in Canada on Friday to be with son Archie—the couple had left their son in Vancouver Island to make the announcement alone in London, with Meghan’s friend Jessica Mulroney helping out with childcare—while Harry remained in the U.K. to handle the fallout. The Queen was photographed in Sandringham on Friday, where she’s remained during the drama.

Stay tuned for those “final decisions” alluded to in the statements.