The Oldest Living American Was A Black Woman. She Died This Weekend At 115! 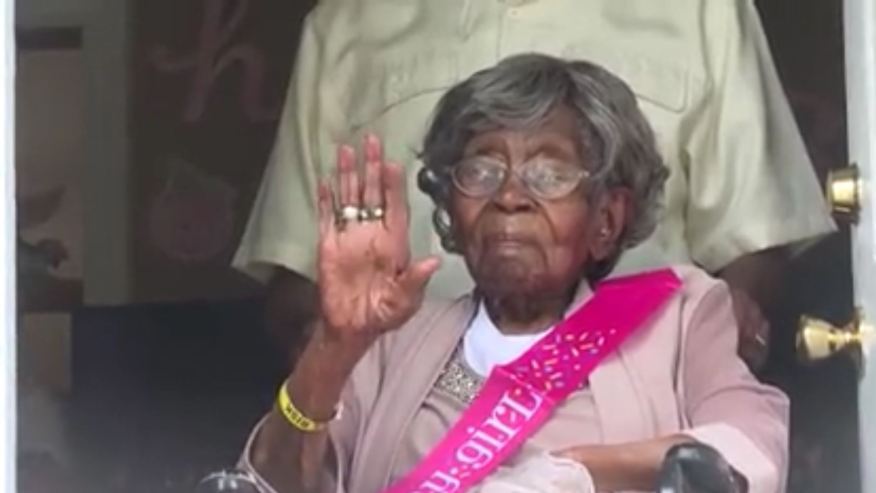 Hester Ford, the oldest living person in the United States, died Saturday at her home in Charlotte, North Carolina, her family said. She was 115.

Hester McCardell Ford wasborn Aug. 15, 1905, in Lancaster County, South Carolina, according to the Gerontology Research Group. Some U.S. census records place her birth year as 1904. She became the oldest person in the United States when Alelia Murphy died on Nov. 23, 2019, at the age of 114.

She had lived in the Charlotte area since the 1950s, WSOC-TV reported.

“She was a pillar and stalwart to our family and provided much-needed love, support and understanding to us all,” Ford’s great-granddaughter, Tanisha Patterson-Powe, posted on Facebook. “She was the seed that sprouted leaves and branches which is now our family. God saw fit to make her the matriarch of your family and blessed us to be her caretakers and recipients of her legacy.”

Official Family Statement for Hester McCardell Ford Greetings Family, Friends & the Global Community: It is with…

Ford’s father was a farmer in South Carolina. She grew up picking cotton, plowing fields and canning vegetables before moving to Charlotte, WSOC reported.

She was married to John Ford in South Carolina on March 12, 1921. They raised a family in Pleasant Hill, South Carolina, before moving to Charlotte. John Ford died Jan. 10, 1963, in Charlotte, according to vital records.

“Although she has passed, her legacy and memory will continue to live on through her family and everyone she has touched to make the world a better place for generations to come,” the family’s Facebook post read. “In closing, we would sincerely like to thank everyone for their support, extended gratitude as we keep her legacy alive. As we pause from our day-to-day activities let us reflect on how far we have come and where we are aspiring to go in the name and legacy of Mother Hester McCardell Ford.”

Gather the family around and get ready for the #MeckBOCC meeting. If you would rather do something else, I'll be live tweeting in this thread https://t.co/2M0lvh14hq

Ford’s death makes Thelma Sutcliffe, of Nebraska, who was born Oct. 1, 1906, as the nation’s oldest living person, according to the Gerontology Research Group.

Hester Ford was a longtime member of Macedonia Baptist Church. Sept. 1, 2020, was designated as Mother Hester McCardell Ford Day by the Mecklenburg County Board of Commissioners, WSOC reported.