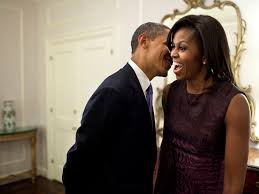 Former President Barack Obama and former First Lady Michelle Obama are entering the media and entertainment landscape in a bold way: They’re heading to Netflix. The Obamas entered a...
by Zach Freeman May 21, 2018 408 Views

The Obamas entered a “multi-year agreement to produce films and series for Netflix, potentially including scripted series, unscripted series, docu-series, documentaries, and features,” according to a tweet from Netflix, and they’ve started the production company Higher Ground Productions.

“One of the simple joys of our time in public service was getting to meet so many fascinating people from all walks of life, and to help them share their experiences with a wider audience,” the former president said in a statement, according to the New York Times. “That’s why Michelle and I are so excited to partner with Netflix — we hope to cultivate and curate the talented, inspiring, creative voices who are able to promote greater empathy and understanding between peoples, and help them share their stories with the entire world.”

As the Times notes this will give the Obamas a wide international platform. In January, it was reported that, globally, Netflix had 118 million subscribers. However, the Obamas will not be using Netflix as a soapbox to combat President Donald Trump, according to the Times.

“Barack and Michelle Obama are among the world’s most respected and highly-recognized public figures and are uniquely positioned to discover and highlight stories of people who make a difference in their communities and strive to change the world for the better,” Netflix Chief Content Officer Ted Sarandos said in a statement. “We are incredibly proud they have chosen to make Netflix the home for their formidable storytelling abilities.”

This also proves how far Netflix as come with producing original content in five short years since House of Cards debuted in 2013. The streaming service has now won multiple Academy Awards, Emmy Awards, and Golden Globe Awards. Other big names to produce content for the streaming service include Shonda Rhimes, David Letterman (who had President Obama on as his first guest), Martin Scorsese, Ava DuDernay, the Cohen brothers, and Spike Lee.