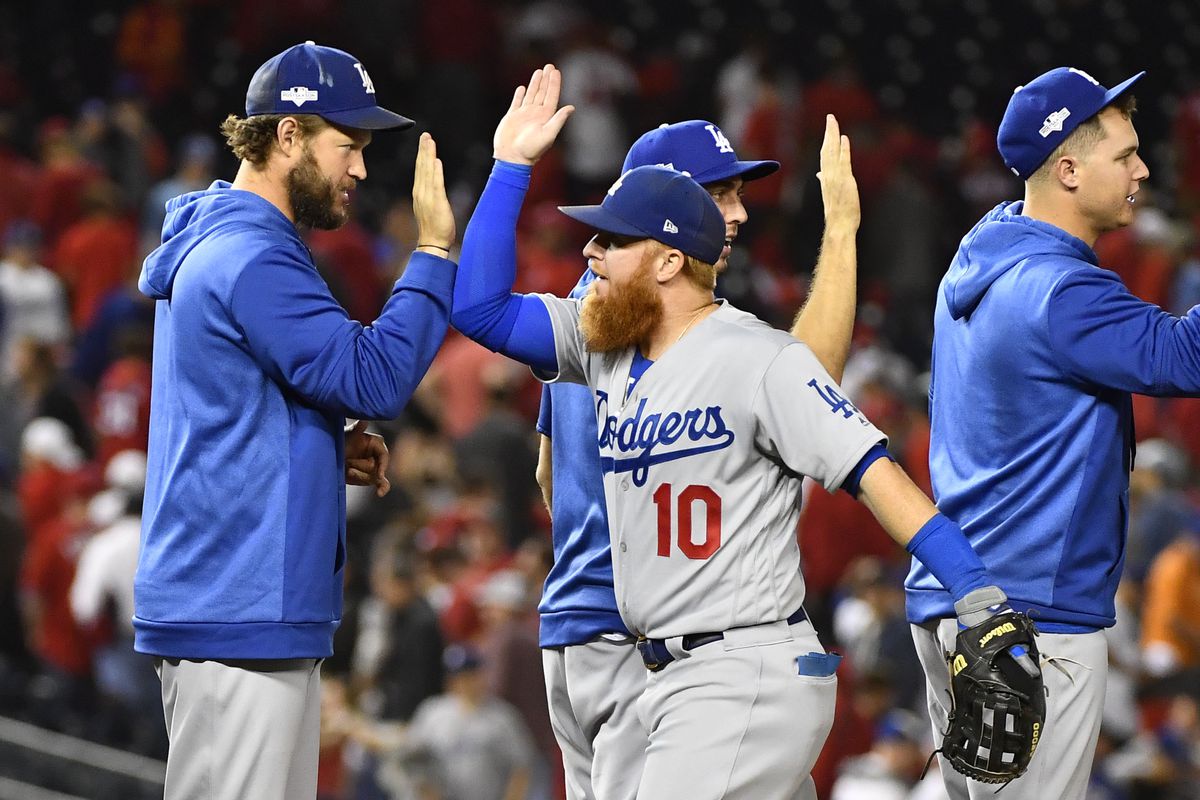 The MLB Dodgers Are Going For The Win Tonight!

Dodgers playing in elimination games is an annual occurrence at this point. In each of the last four postseasons, the Dodgers competed in a win-or-go-home game, so the squad is...
by Raquel Jayson October 9, 2019 177 Views

Dodgers playing in elimination games is an annual occurrence at this point. In each of the last four postseasons, the Dodgers competed in a win-or-go-home game, so the squad is full of experienced players.

Third baseman Justin Turner, who has been with the team for all recent elimination games, said nothing in today’s routine is changing, stressing the team just needs to go out and have fun in the game.

“Everyone knows what’s at stake,” Turner said. “[Everyone] knows what’s in front of us. A lot of guys have been in this situation before and so you just get prepared and go out there and play the game.”

In addition to Turner, the team is stacked with guys who have been there and done that — even the young players. Cody Bellinger, Corey Seager and Joc Pederson are a few guys who, despite their young age, could be considered postseason veterans. But experience can only do a team so good. It always comes down to talent.

The Dodgers are posting new talent against Nationals pitcher Stephen Strasburg, straying away from the lefty-on-righty matchups, and considering more defense matchups.

“I have [Kiké Hernández] in there against the right-hander,” Roberts said. “That more curveball-fastball, same change in there. I love [Hernández]’s defense where I think Walker [Buehler] is more fly ball than ground ball, so to have him out there in left field makes a lot of sense.”

This is how the lineups look on both sides.

Dave Roberts said the offensive power on the bench tonight will be critical when facing the Nationals bullpen.

“To have Freese off the bench in a spot where Doolittle or Corbin comes into the game,” Roberts said, “I love that. That’s why I chose to break up Bellinger and Seager in that 4-5-6.”

The Dodgers batters are putting focus on keeping Strasburg in the zone in Game 5. Like any other pitcher, when Strasburg is kept in the zone, the Dodgers have a greater chance at finding success. Having faced Strasburg less than a week ago, the players have had time to make adjustments and come in with a new game plan.

“The curveball really played up last time,” Roberts said. “It was an 85-mile-an-hour curveball. So he threw the heck out of the baseball and we got our work cut out. But our guys are ready, prepared, and I like where we’re at.”

Watch: Angry Mob Ties Mayor To Truck And Drags Him Through The Town!