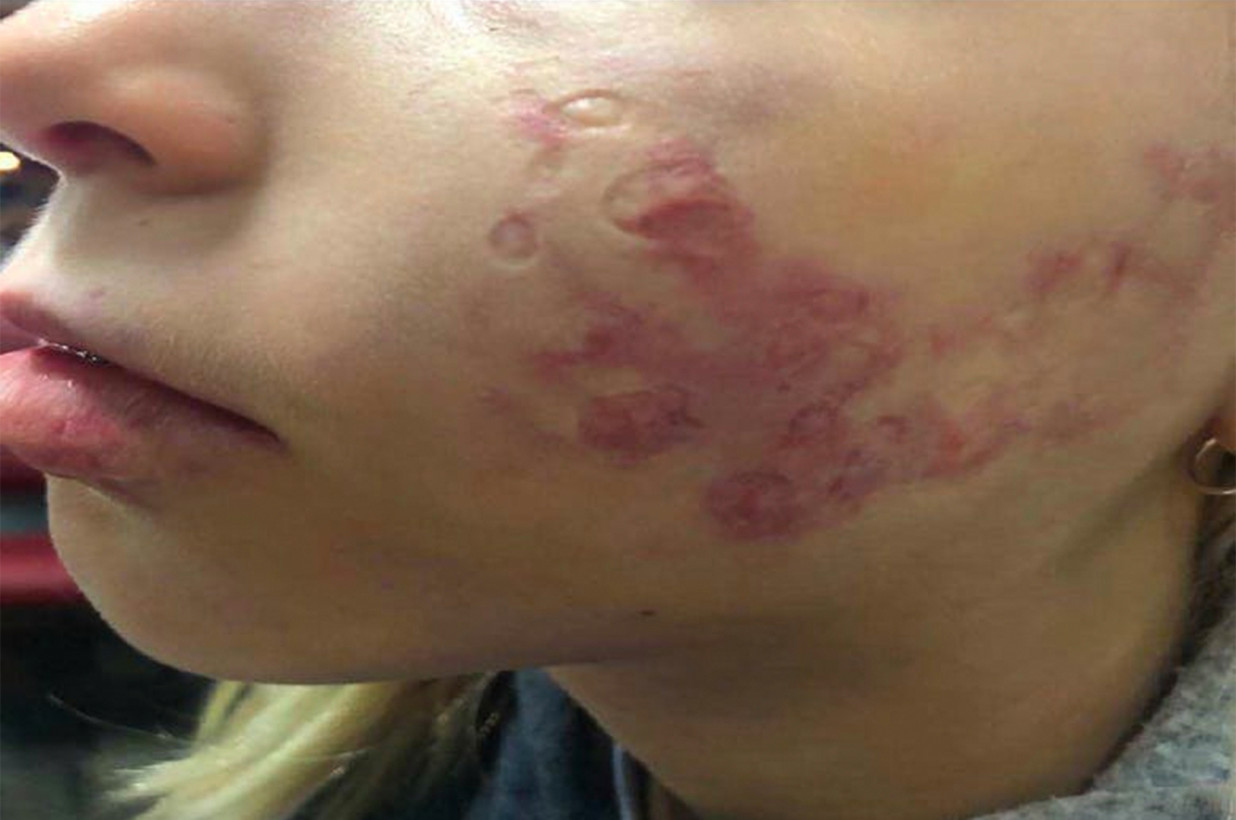 A 6-year-old girl’s face was permanently scarred by a University of Minnesota doctor during a laser procedure to remove a birthmark, a new lawsuit claims. The girl’s mother, Kasey...
by Raquel Jayson November 16, 2019 201 Views

A 6-year-old girl’s face was permanently scarred by a University of Minnesota doctor during a laser procedure to remove a birthmark, a new lawsuit claims.

The girl’s mother, Kasey Bernu, told the Star Tribune that she wants “accountability” after Dr. Kristen Hook’s inexperience while using a laser in 2017 left her daughter with several circular open wounds that stretch along the left side of her face from around her nose to near her ear.

“We’re bringing this lawsuit in large part because we do not want to see another child or family suffer the way my daughter and family has,” Bernu said in a statement.

Attorney Jeff Storms, who is representing Bernu in the malpractice suit, said her daughter still has clearly visible injuries nearly two years after the procedure at the University of Minnesota Medical Center.

“She still has very serious pocking and deep scarring on her face,” Storms told The Post on Friday. “And they’re going to be permanent.”

To make matters worse, the girl must wait “several years” before she can even consider surgical treatments to reduce or remove the scarring altogether, Storms said.

The girl, who lives in Minnesota’s Crow Wing County, is now 7 or 8 years old, the attorney said. She was born with a “port-wine stain,” a reddish birthmark that her family began treating shortly after her birth, the lawsuit claims.

Hook, who specializes in pediatric dermatology, failed to disclose her inexperience using an “extremely powerful” laser — one that was more robust than the previous device used to treat the girl. She also gave the girl’s family “improper wound care” over the phone after her injuries developed, the suit claims.

“We sympathize with this patient and her family. Dr. Hook and University of Minnesota Physicians fully stand by and support the medical care and treatment provided to this patient and plan to defend this case,” attorney Ryan Ellis said in a statement on behalf of Hook and the University of Minnesota Physicians. “Due to patient privacy and pending litigation, we are unable to provide further comment.”

The lawsuit seeks damages in excess of $50,000, Storms said.

Today A San Diego Man Fatally Shoots His Wife, 3 Sons And Himself Leaving a 4th Son In Surgery Tonight