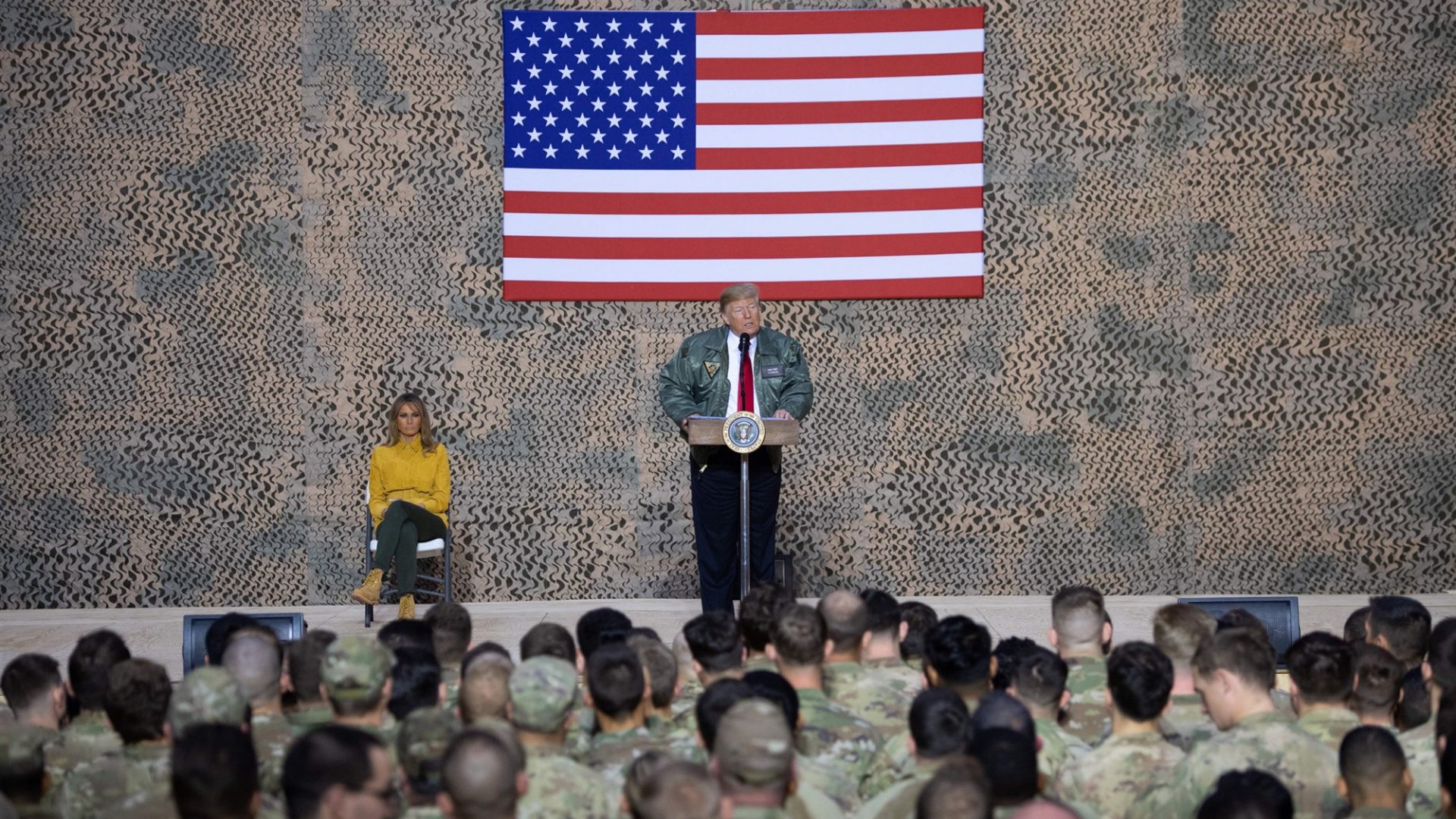 The Military Transgender Law Is Now In Effect! If You Were Born A Man Or A Woman That Is What You Have To Enlist As Regardless Of Change!

Trump’s controversial transgender military policy goes into effect “The policy is insidious in operation but designed to be as comprehensive a ban as possible,” the nonpartisan Palm Center, which...
by Raquel Jayson April 12, 2019 301 Views

Donald Trump speaks to members of the US military during an unannounced trip to Al Asad Air Base in Iraq, on Dec. 26, 2018.Saul Loeb / AFP – Getty Images file

Three years after the Obama administration told transgender individuals they could serve openly and have access to gender-affirming medical and psychological care, the Trump administration has reversed course. The Pentagon on Friday began to implement a controversial new policy that critics say is essentially a “don’t ask, don’t tell” policy for trans service members.

“The policy is insidious in operation but designed to be as comprehensive a ban as possible,” a report from the nonpartisan Palm Center, which studies LGBTQ military issues, stated. “In that sense, it is a perfect parallel to the failed ‘don’t ask, don’t tell’ policy, also sold as not being a ban although designed to systemically push gay people out of military service — or at least keep them silent and invisible.”

Under the new policy, which the Department of Defense has insisted is not a “ban,” currently serving transgender individuals who have already received a diagnosis of gender dysphoria may continue to serve in their preferred gender, receive hormone treatments and undergo gender-affirming surgery. But after Friday, anyone with gender dysphoria who is taking hormones or has already undergone a gender transition will not be allowed to enlist. Further, any currently serving troops diagnosed with gender dysphoria after this date will have to serve in their sex as assigned at birth and will be barred from taking hormones or getting gender-affirming surgery.

The new transgender military policy was ignited by a series of surprise tweets made by President Donald Trump almost two years ago. His abrupt Twitter announcement caught the Pentagon off-guard and essentially forced the Defense Department to implement the ban — even though the president himself has only talked about it twice publicly in the last two years.

NBC News questioned Trump last October about his campaign promise to protect transgender people, in light of the ban and other news related to how his administration had been looking at defining gender under federal civil rights law.

When asked a follow-up question about his “promise to protect the LGBTQ community,” Trump replied: “I’m protecting everybody.”

When told that “transgender Americans say you’ve given up on them,” Trump added: “You know what I’m doing? I’m protecting everybody. I want to protect our country.”

Shannon Minter, the legal director for the National Center for Lesbian Rights, one of the LGBTQ advocacy groups fighting the policy, said the legal battle is “far from over.”

“All four cases are proceeding,” he said last month. “Just because an injunction is lifted, doesn’t mean case is over.”

Army Staff Sgt. Patricia King, the first openly transgender infantry soldier in the military, is among those still working to fight the new policy from within.

“I know we are facing an uphill battle,” King said shortly after she testified before Congress last month, but “my goal is to right this wrong.”