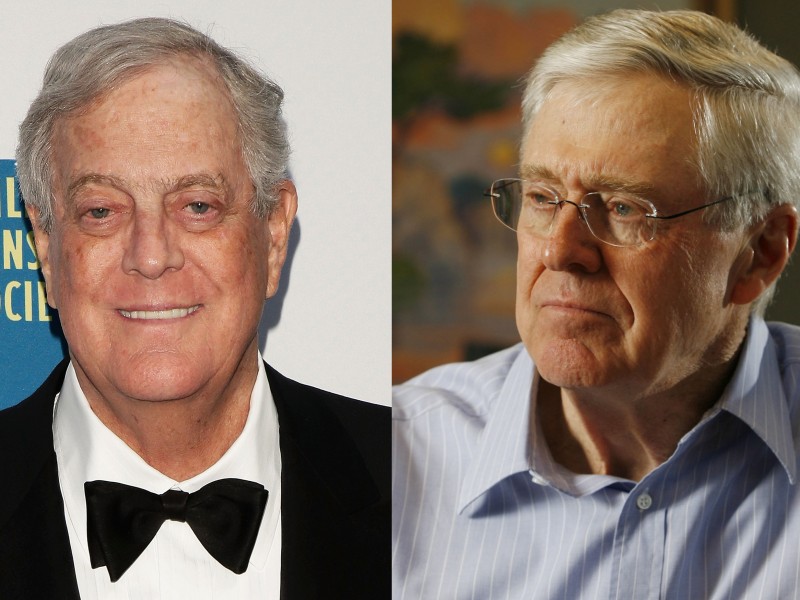 When Donald Trump was running for president, billionaire brothers Charles and David Koch made it brutally obvious just how much they despised him. After spending hundreds of millions of...
by Zach Freeman May 18, 2017 568 Views

When Donald Trump was running for president, billionaire brothers Charles and David Koch made it brutally obvious just how much they despised him. After spending hundreds of millions of dollars reshaping the G.O.P. in their image over the past decade, the brothers chose to keep their checkbooks closed during the 2016 election, with Charles likening the choice between the former reality-TV-show host and Hillary Clinton to choosing between a heart attack or cancer. Both brothers have condemned Trump’s travel ban, and in April, Charles wrote an op-ed for The Washington Post criticizing the administration’s “counterproductive” actions.

But some things are bigger than personalities or politics. Some things transcend all that. Those things, obviously, are tax cuts and the terrifying possibility that—thanks to the president’s ill-conceived decision to ask the director of the F.B.I. to stop investigating Mike Flynn and then firing him for not laying off that whole “Russia thing”—tax cuts might not happen in 2017 or even 2018. And so no matter what the Kochs think of Trump—and to be clear, all accounts suggest they loathe him—this week they’ve decided to set aside their differences to get one of his campaign promises accomplished.

The Associated Press reports that two of the brothers’ political organizations, Americans for Prosperity and Freedom Partners, will launch a “multimillion-dollar campaign through the summer to ensure their conservative tax plan is not forgotten,” with digital ads, town hall meetings, direct mail, and phone banks all part of the push. In a statement, spokesman James Davis said, “Now is the time. We’ve got to unite around these principles. The White House hopefully will see this as a jolt to support them in driving this forward.”

If the gang that couldn’t shoot straight is actually able to get tax cuts done before the midterm elections—which presupposes Trump is still in office at that point—the Kochs will presumably build a gilded monument to the golf-course owner in their home state of Kansas. If they can’t—and, at this point, Wall Street is extremely pessimistic about the prospect—they can go back to hating him with every fiber of their being.