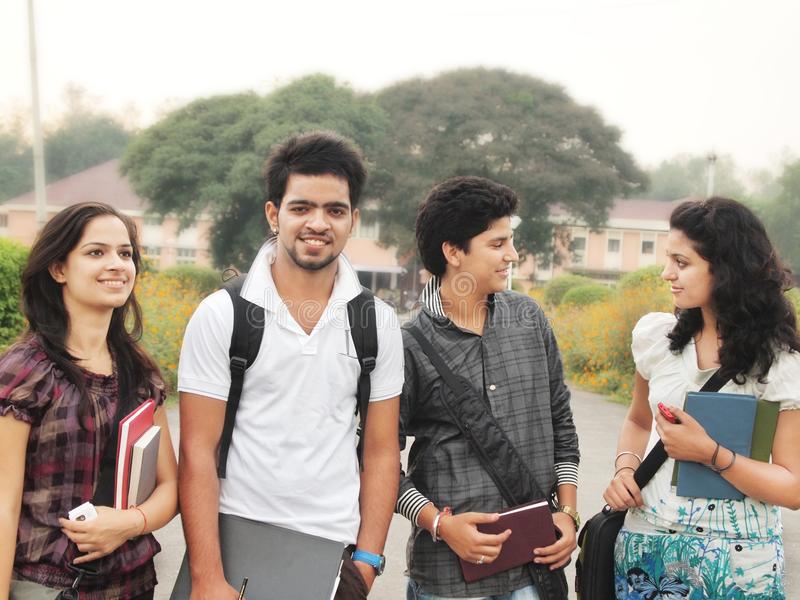 The hidden crisis on college campuses: 36 percent of students don’t have enough to eat

WASHINGTON – Caleb Torres lost seven pounds his freshman year of college – and not because he didn’t like the food in the dining hall. A first-generation college student,...
by Zach Freeman April 3, 2018 416 Views 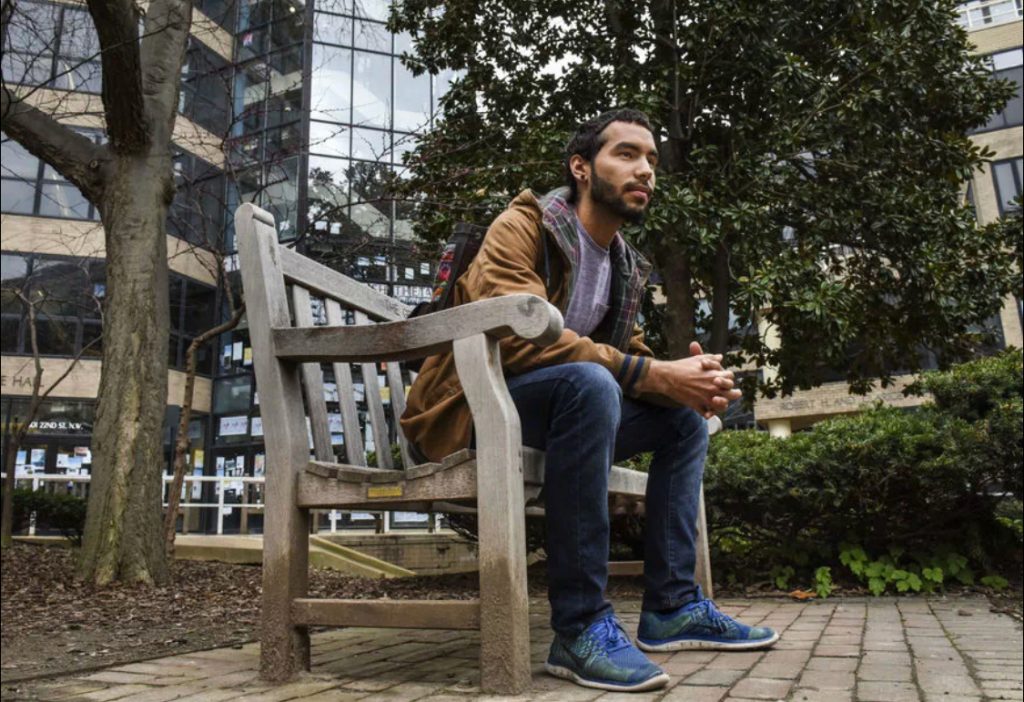 WASHINGTON – Caleb Torres lost seven pounds his freshman year of college – and not because he didn’t like the food in the dining hall. A first-generation college student, barely covering tuition, Torres ran out of grocery money halfway through the year and began skipping meals as a result.

He’d stretch a can of SpaghettiOs over an entire day. Or he’d scout George Washington University campus for events that promised free lunch or snacks. Torres told no one what he was going through, least of all his single mom.

“She had enough things to worry about,” he said.

Now a senior and living off-campus, in a housing situation that supplies most of his meals, Torres is finally talking about his experience with the hunger problem on America’s college campuses: a quiet, insidious epidemic that researchers say threatens millions of students every year.

According to a first-of-its-kind survey released Tuesday by researchers at Temple University and the Wisconsin HOPE Lab, 36 percent of students on U.S. college campuses do not get enough to eat, and a similar number lack a secure place to live. The report, which is the first to include students from two-year, four-year, private and public universities, including GWU, found that nearly 1 in 10 community college students have gone a whole day without eating in the past month. That number was 6 percent among university students.

Researchers blame ballooning college costs, inadequate aid packages and growing enrollment among low-income students – as well as some colleges’ unwillingness to admit they have a hunger problem. College hunger is not a new issue, researchers caution. But it appears to be growing worse, and not merely because college is getting more expensive.

“Prices have gone up over time,” said Sara Goldrick-Rab, a professor of higher education policy at Temple and the lead author of the report. “But the rising price is just a piece. This is a systemic problem.”

Goldrick-Rab’s report is based on data from 43,000 students at 66 schools and used the Department of Agriculture’s assessment for measuring hunger. That means the thousands of students it classifies as having “low food security” aren’t merely avoiding the dining hall or saving lunch money for beer: They’re skipping meals, or eating smaller meals, because they don’t have enough money for food.

Measuring college hunger and homelessness is difficult. Researchers depend on universities to distribute the surveys and on a self-selecting group of students to fill them out.

But the numbers align with other recent surveys on the issue. The University of California has found that 40 percent of its students suffer food insecurity. At four state universities in Illinois, that number is 35 percent.

“Not a single university administrator wanted to acknowledge this was an issue five years ago,” said Rachel Sumekh, the chief executive of Swipe Out Hunger, a Los Angeles-based nonprofit. “But the numbers are amazing. It helps us make the case to universities that they need to do something about this.”

Experts say the factors underlying campus hunger are complex. More low-income students are enrolling in college, thanks to expanded needs-based scholarship and grant programs, a move away from standardized test scores as part of the application process, and other initiatives designed to recruit more diverse students.

But once they get on campus, low-income students often find that the patchwork of grants and scholarships they’ve assembled are not enough to cover all of their expenses.

“There has been an uptick in low-income students on campus, but there hasn’t been a corresponding change in university policy to welcome and prepare for these students,” said Anthony Abraham Jack, an assistant professor at the Harvard Graduate School of Education.

In the 2013-2014 academic year, room and board for the average undergraduate totaled $9,929, according to the National Center for Education Statistics, a 50 percent increase over 20 years prior.

Those figures are higher for private and four-year colleges. And they don’t include incidental expenses, from printing and laundry fees to nightly room charges assessed against students who can’t leave for spring break or summer vacation.

On top of that, students have fewer ways to provide for themselves: Competition for low-wage jobs has increased, and strict work requirements for food stamp recipients mean that many cannot rely on the federal safety net. Even higher income students who don’t have their parents’ full financial support can find themselves facing difficult choices.

“We know for some students, even one small financial problem can throw them off course,” said Tim Miller, the associate dean of students in the Division of Student Affairs at George Washington, where Torres is a senior. “That is serious. We want to help students overcome those issues.”

With a 2017-2018 tuition of more than $53,000, and a brand-new food court hawking poke bowls and yogurt topped with rose petals, GWU does not outwardly look like a place where students encounter hunger.

But mixed in among the Canada Goose-clad undergrads are students such as Torres and Emma Montero, a sophomore, who are struggling. Montero works three jobs, including a federal work-study gig designed to help low-income students cover expenses, but neither her wages nor a series of grants, scholarships and low-interest loans have made ends meet, she said.

“I’m not going hungry per se, but there are days I’m just not going to eat,” she said. “Today, I am kind of hesitant to buy food, because I have less than $100 and I need to do laundry. Do I want to do my laundry or do I want to eat today? That is the kind of question I’m dealing with.”

To alleviate these issues, GW opened a food pantry in 2016, stocked with canned goods, produce and day-old bagels, tucked behind an unmarked door in the same food court where students flock for poke. Hundreds of schools have recently launched these sorts of pantries: Membership in the College and University Food Bank Alliance has swelled from 15 in 2012 to more than 600 today.

Colleges are taking other steps as well. Some have altered their dining plans to cover more meals or to offer more low-cost options, or have begun distributing free dining hall vouchers to students who need them. Others have partnered with nonprofits to redistribute unused meals to hungry students.

“This is top-of-mind right now on many campuses,” said Amelia Parnell, the vice president for research and policy at the National Association of Student Personnel Administrators. “When we think about reasons students drop out, financial issues – like the ability to pay for food and housing – are one of them.”

But advocates say higher education is still not doing enough to solve student hunger. There is persistent skepticism about the depth of the problem at some institutions. Others have proven skittish about opening a food pantry or even surveying students, concerned with the message it will send prospective students and donors.

“All the great hunger efforts underway are not even half a drop in an empty bucket given the scale of this crisis,” said Wick Sloane, a writing professor at Bunker Hill Community College in Boston who has advocated for low-income students. “All of us in higher ed know this.”

Sloane and other advocates have called on the federal government to provide free or reduced-cost meals at colleges, as is already done in primary and secondary schools. This fall, the federal Government Accountability Office is scheduled to release a study on the extent of college hunger, which gives advocates hope that lawmakers are paying attention to the issue.

Advocates would like to see changes to the food stamp program to make it more available to college students. There are also calls to reevaluate the financial aid process, with particular attention to how the government assesses “need.”

But unfortunately, those changes will come too late for many. Torres will graduate from GW in May. With little initial support at school, Torres moved off-campus sophomore year on the advice of a friend, renting a room in the home of a middle-aged couple known for helping down-on-their-luck students.

Torres says he hasn’t worried about food since then – and that he feels “blessed every day.” But he hopes future college students will have other, more institutional support to keep them from going hungry.

“We’re in a time where there is going to be a lot of change,” he said. “And I’m pleased with where I see it going.”