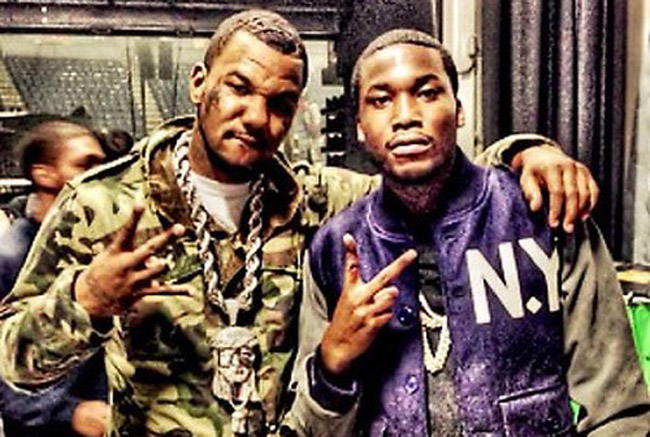 The Game Squashes Beef with Meek Mill, Shouts Out ‘Championships’ EXCLUSIVE Video thumbnail SEEKIN’ MEEKTMZ.com The Game’s feud with Meek Mill is officially over and he’s happy to...
by Raquel Jayson December 3, 2018 613 Views

Video thumbnail
SEEKIN’ MEEKTMZ.com
The Game’s feud with Meek Mill is officially over and he’s happy to talk about why … right after he chomps down a Starburst.

We got Game Sunday night leaving L.A. hotspot The Argyle, where he was celebrating his 39th birthday, and asked him about Meek tweeting he’d be down to collab with Game again.

If you don’t remember … Game and Meek had major beef dating back to 2016. It eventually died down — especially once Meek got locked up — but it was never squashed.

Well, the rappers are on the same page now … ’cause Game had nothing but glowing reviews for Meek’s new album, “Championships.”

Seems our talk with Game about Meek had him thinking long after celebrating … ’cause he posted a tribute to Meek early Monday morning.

Aside from Game’s message to Meek in the caption, the video he posted is cool. That’s Meek’s “Dreams and Nightmares” bumpin’ as Game’s bottle service arrived at Argyle.

BTW, we also talked to Game about Tekashi69’s legal troubles and getting “gangsta checked” right after arriving in prison. Game had some strong feelings about that too.