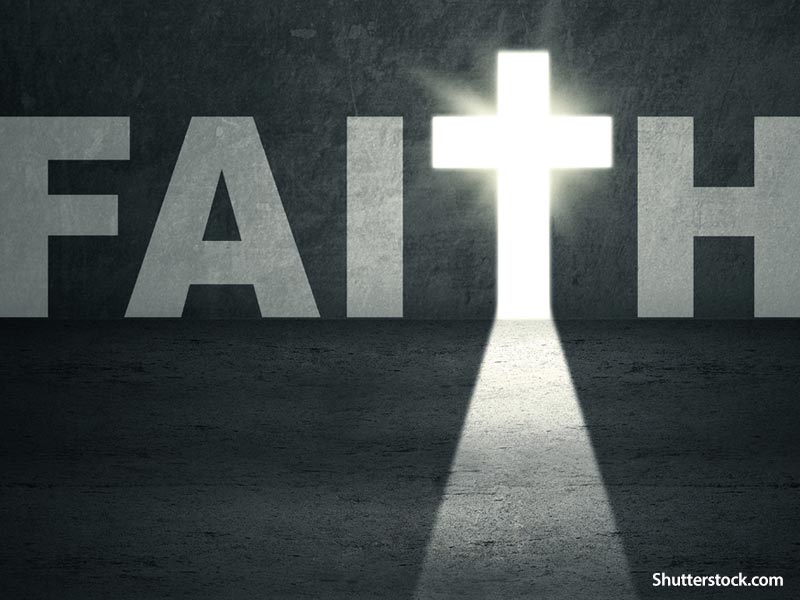 The Foundation of Faith!

According to a blog posted by Tejado Hanchell:

Questions are powerful. They are the primary vehicle for learning. We cannot learn if we are not willing to ask questions. Despite this, many people are raised in a religious environment where we are told not to ask questions. I’m sure many of us have heard our mother or grandmother utter the phrase, “Don’t question God” at some point in time.

However, this particular bit of “mother wit” goes contrary to what we see in scripture. Throughout the holy writ, there are numerous examples of people asking God questions. Throughout the Psalter we see psalmists asking questions like, “How long?” Nowhere in scripture can we find an example of God chastising someone for asking Him a question.

In fact, we also see numerous examples of God, Himself, asking questions to men and women. The very first such question is found in Genesis 3:9 after the Fall of Man when Adam and Eve had eaten of the fruit from the Tree of the Knowledge of Good and Evil. God came down in the cool of the day and asked, “Adam, where art thou?”

Beyond that, throughout the gospels we see Jesus asking many questions of the people He came in contact with. He asked questions like, “Would you be made whole?” or “Who do you say that I am?” But the primary question Jesus often asked is, “Do you believe?”

We can ascertain from these interactions that there is come connection between questions and beliefs. Contrary to popular opinion, questions are not the enemy of belief; questions are the friends of faith. This begins with the fundamental question that mankind has asked since the beginning of time: “Does God really exist?”

The question regarding belief in God is answered emphatically in the opening line of The Apostles’ Creed – the oldest and most widely used statement of faith within the Christian Church outside of the Bible. The word creed comes from the Latin credo, which means “I believe”. The creed begins with a declarative statement regarding belief in God. It says:

“I believe in God, the Father Almighty, the Creator of heaven and earth…”

This opening statement represents the foundation of the Christian faith. The Hebrews writer states: “And without faith it is impossible to please [God], for whoever would draw near to God must believe that He exists and that He rewards those who seek Him.” This verse, coupled with the opening line of The Apostles’ Creed shows us three fundamental components of belief in God.

1. We must believe in the CONCEPT of God.

Faith begins with the foundational belief that God exists (Heb. 11:6). The Greek word that is translated as “believe” in the New Testament is pisteuo, which means to “believe into” something or someone. There is a difference between believing IN God and merely believing ABOUT God. Belief IN God is the foundation of faith.

This belief is the complete opposite of atheism – which says that there is no God. According to Ray Pritchard, atheism is the most unnatural human philosophy because, throughout history, every culture has had some concept of a supreme being (or beings). In our shared human experience, we were all born with an innate desire to seek something greater than ourselves to help explain our existence. As one writer puts it, we are all born with a God-shaped whole in our hearts. Psalm 14:1 says, “The fool says in his [or her] heart, there is no God.” In order to avoid the foolishness of atheism, we must believe in the concept of God.

2. We must believe in the CHARACTER of God.

Faith begins with the belief that God exists, but in order to grow in our faith we must do more than merely believe in God’s existence. Hebrews 11:6 says that if we want to draw near to God we must “believe that He exists and that He rewards those who seek Him.”

Many people have an IDEA of God but have no clue about the IDENTITY of God. We often see God as The Punisher, when He is, in fact, The Rewarder. God does not exist to punish us every time we step out of line. He is not sitting in heaven waiting to cast a lightning bolt at us for our every failure or shortcoming. He desires to reward us – it is His character.

God does not love us because of us. God loves us because of God. It is His nature – His character – to love us. After all, I John 4:8 tells us that “God is love.” When we believe in His character, we have a greater understanding of His love for us.

3. We must believe in the CREATING power of God.

The Apostles’ Creed affirms the CONCEPT and CHARACTER of God, but it also acknowledges God as our CREATOR. The Christian worldview is centered in the truth that God created the world. The very first verse of the Bible (Genesis 1:1) establishes this when it says, “In the beginning God created the heaven and the earth.” Hebrews 11:3 says, “By faith we understand that the universe was created by the word of God.”

When we believe that God is our creator, we also inherently believe something about ourselves. If God is my creator, then that means that I am a part of the intentional plan of God. If God created me then He has a plan for me. I am not a mistake. I am not here by happenstance. Regardless of the circumstances surrounding my birth, I am here because God chose to create me, and God does not make mistakes.

It is important for us to believe in God, but it also important for us to realize that God believe in us. He believes in us and has plans for us – plans to prosper us and to give us a future and a hope (Jeremiah 29:11). His plans are built on the foundation of our faith. We can only achieve if we first believe!