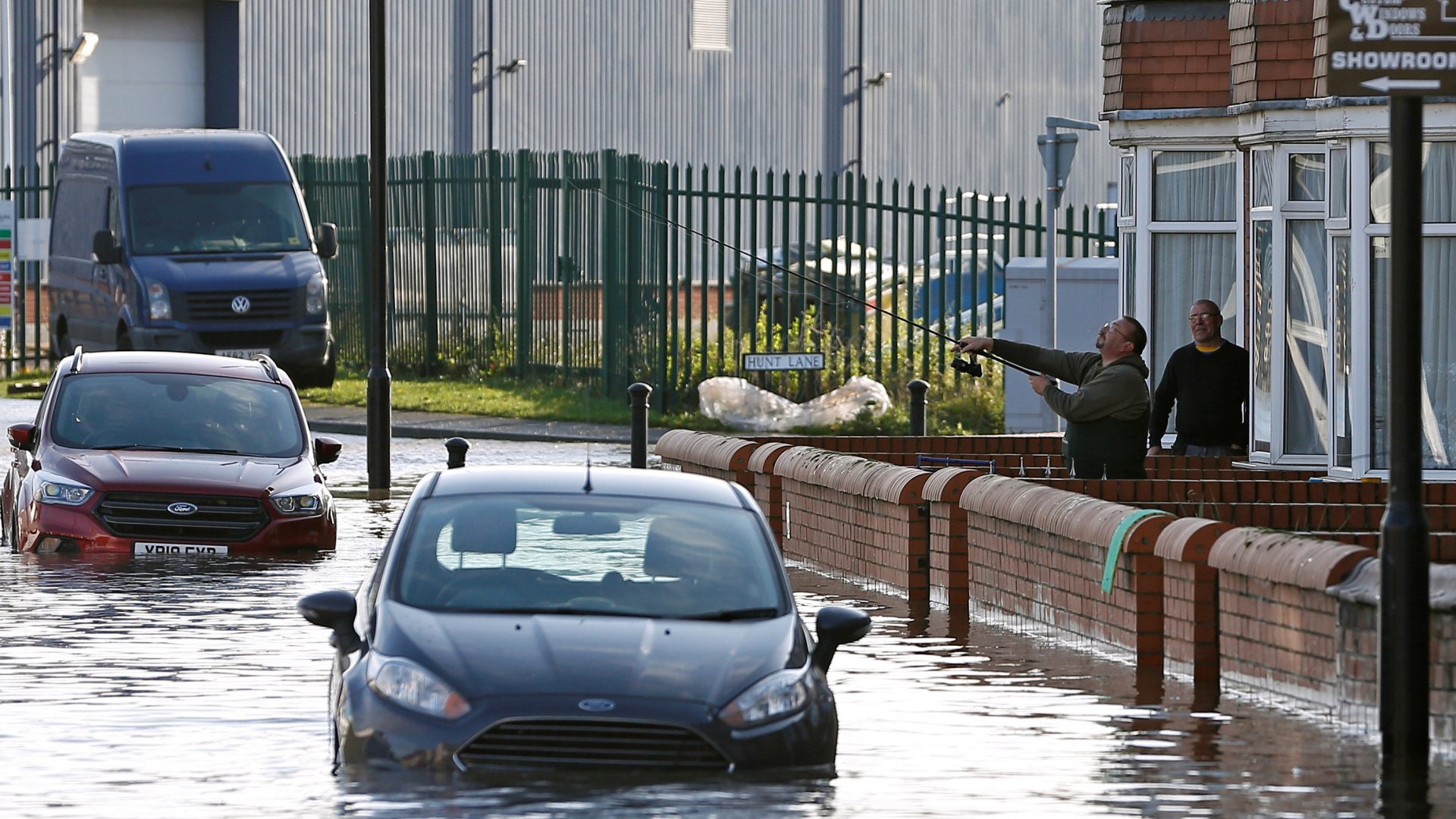 A WOMAN has been found dead in Derbyshire after flooding brought chaos to Britain today. Her body was recovered from the River Derwent in Darley Dale by helicopter after...
by Raquel Jayson November 8, 2019 195 Views

A WOMAN has been found dead in Derbyshire after flooding brought chaos to Britain today.

Her body was recovered from the River Derwent in Darley Dale by helicopter after she was swept away by flood water in Rowsley, about two miles away.

It comes as hundreds of families have been evacuated after biblical rain sparked havoc across Britain with roads submerged and railway lines blocked in a 24-hour deluge.

A Derbyshire Police spokesman said: “The body of a woman has been recovered from flood water in Darley Dale.

“Emergency services were called to a stretch of the River Derwent in Darley Dale, close to Matlock, in the early hours of this morning (8 Nov).

“The woman was reported as having been swept away by flood water in Rowsley and the body of what is believed to be the same woman was found in Darley Dale and was recovered at 10.40am.”

The woman’s family has been informed, with formal identification yet to take place.

Torrential downpours caused mayhem with dozens of shoppers sleeping overnight in Sheffield’s Meadowhall shopping centre after being trapped by flooding.

More than 400 homes in Doncaster, South Yorkshire, were evacuated, with rescuers using dinghies to tow residents and pets to safety.

At least a month’s worth of rain was dumped on parts of the country in 24 hours, with residents forced to evacuate homes in Mansfield and Kirk Sandall, Doncaster after the River Don burst its banks.

And there are fears of more chaos to come with severe flood warnings in place at the River Don in Yorkshire at Barnby Dun, Kirk Bramwith, Kirk Sandall, South Bramwith and Willow Bridge Caravan Site.

The Environment Agency warned of a “danger to life” as river levels have swollen after the heavy rain overnight.

The website River Levels UK shows the Don is at a record level of 4.669m and rising at Sprotbrough, with the highest previous level 3.49m on July 7, 2012.

By late morning, more than 200 flood warnings and alerts remained in place, with northern England bearing the brunt of the misery.

Rail operator Northern issued “do not travel” advice for passengers using five lines on its network hit by the deluge.

Railway lines on some services were blocked by the deluge, with poor road conditions sparking more chaos for commuters.

Severe flooding at Rotherham Central, Moorthorpe and Conisbrogh caused services to be suspended.

A Northern spokesman said: “We are still advising customers on several routes not to travel as flooding is making rail and road travel extremely difficult.

“Colleagues at Network Rail are inspecting the tracks and working hard to return them to normal, but at present we have no estimate as to when we will be able to operate services on the affected routes.”

The downpours also caused mayhem on roads as several routes were blocked and some vehicles were abandoned in floodwater.

Kanye Told A Crowd He Was Running For President In 2020 They Laughed And He Wasn’t Too Pleased. Would You Vote For Him?