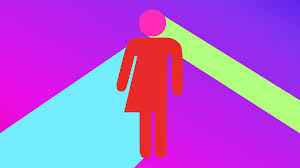 But before long, younger daughter Erin started complaining about the ensembles. By the time she was 5, she refused to wear dresses, skirts, leggings and certainly anything pink.

After months of clothing battles, Friday decided to not only let it go, but to change the way she viewed clothing for her youngest child — and other children, too. She recently opened Mini Friday – a gender-neutral children’s clothing store in Kirkwood. The children’s unisex clothing store is believed to be the first of its kind for metro Atlanta. 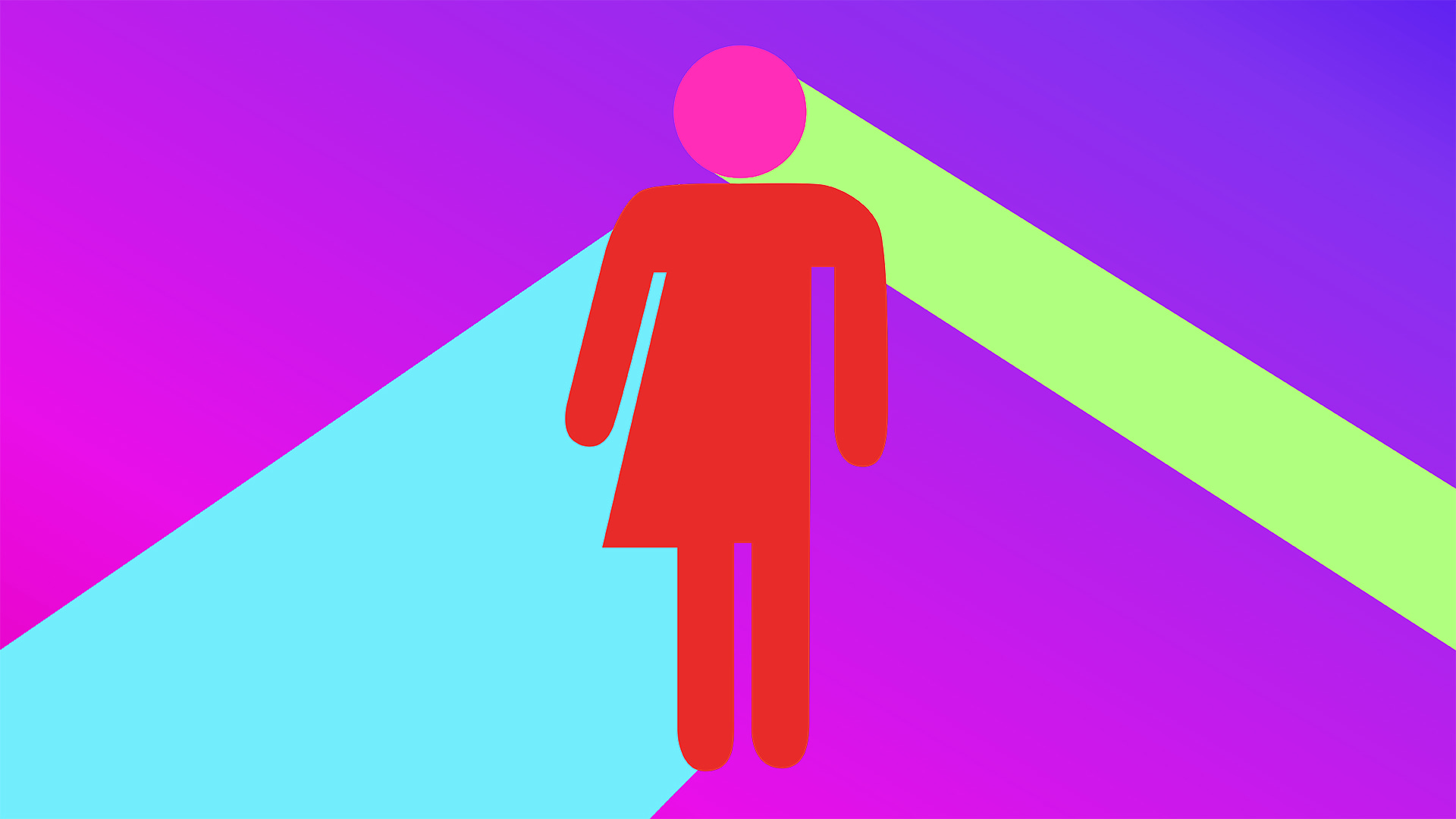 Erin dances outside of Mini Friday, a children’s street wear clothing store inspired by her fashion, during the store’s grand opening celebration. Her mother, Allie Friday, found it hard to shop for her daughter’s unique style and decided to open a retail store in order to offer her daughter, and other kids, an alternative option for clothing. (ALYSSA POINTER/ALYSSA.POINTER@AJC.COM)
Photo: The Atlanta Journal-Constitution

Retailers have long separated children’s clothing into two categories, with pinks and purples and princess-inspired clothing for girls, and blues and grays and designs of trucks and dinosaurs for boys.

Some major brands sell kids clothes with more empowering slogans for girls and bolder color designs for boys. But a growing number of brands – and celebrities – are embracing a non-gender specific style.

“At the end of the day, I just want a happy kid,” Friday said on a recent afternoon. “I decided I wanted to open my own gender neutral, safe space for all children who simply want to wear what they like, without judgment.”

At the industrial chic Mini Friday, sleeveless hoodies in shades of brown and gray hang next to brightly colored shirts with seahorses. A row of track pants — in blue, orange, yellow — fills a long wooden table. The clothes don’t come cheap, ranging in prices from a $25 price tag for T-shirts to $119 for a reversible jacket from Mini Rodini, a Swedish children’s clothing company.

The store sells clothes for children between the ages of 24 months and 8 years.

Market research reveals a shift in views on the sexes among Gen Z consumers, who tend to think that gender doesn’t define a person as much as it used to.

The Council of Fashion Designers of America, a trade group of about 500 leading American designers, added the first unisex and nonbinary category to the New York Fashion Week calendar last year.

Abercrombie & Fitch launched its first gender-neutral clothing collection for kids called the “Everybody Collection” in 2018. The gender-neutral line, for children ages 5-14, was created after feedback from customers who said they rejected clothing restrictions. The Everybody Collection is available online and in the approximately 70 stores, including the one located at Perimeter Mall.

Carter’s also has a gender-neutral children’s clothing line, as do other major retailers including Macy’s.

Celebrities, too, are getting in the game. The singer Celine Dion, who has three kids, has unveiled a line of gender-neutral children’s clothing in partnership with Israeli company Nununu. “Let people be who they are,” Dion said in an interview with CNN. 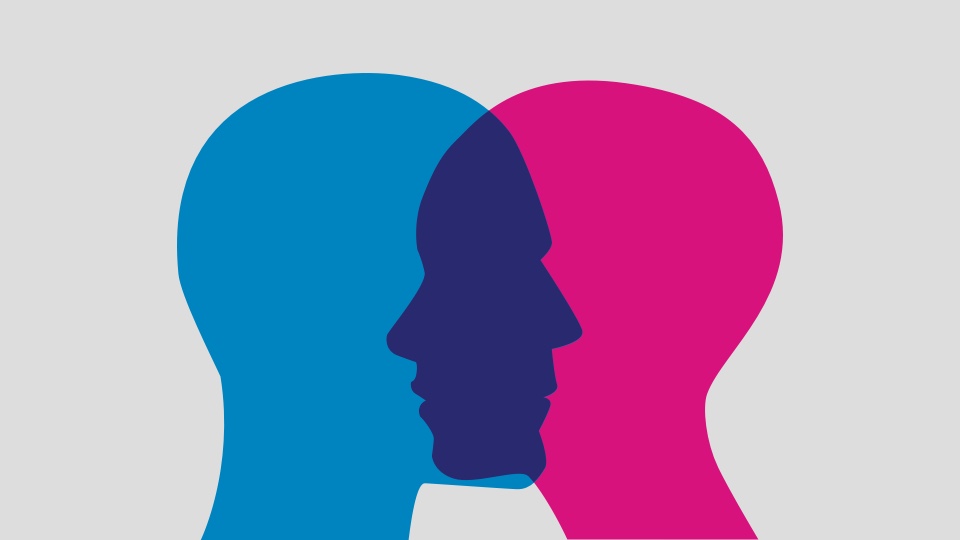 E. Vincent Martinez, who teaches fashion design at the Art Institute of Atlanta, said fashion changes, even the most basic concepts.

“I’m in in my 50s. When I grew up, girls played with dolls and wore pink, and boys played with trucks and wore blue, and they didn’t mix. And, if they did, there was a problem,” he said.

Today, he continued, “Kids are less concerned about gender roles and if a girl doesn’t want to wear pink, she doesn’t have to.”

Gender-neutral clothing can provide “a safe haven for people who are a little different in how they express themselves,” he said.

Reaction have been mixed.

“We’ve had these amazing responses — people who are loving the message and loving the brand,” Shelly Ziv, chief business officer for Nununu, told the BBC. “And naturally also people who are not fans and who it’s not their cup of tea.”

Gender-neutral clothing may seem like a new concept but, historically, boys and girls were typically dressed in similar ways until the 1920s. Boys wore skirts or dresses until they were 6 or 7 years old, said Sarah Phillips Collins, SCAD professor of fashion, fashion marketing and management.

When clothing was, on occasion, gendered by color, pink generally went to boys and blue went to girls, according to Smithsonian magazine. That’s because pink was viewed as a “ more decided and stronger color,” while blue was seen as “more delicate and dainty.”

It wasn’t until the 1940s when clothing manufacturers decided on pink for girls and blue for boys. Phillips Collins said unisex clothing had another moment in the 1970s. Men and women wore similar, if not the same, outfits.

There are the practical aspects of unisex children’s clothing, fashion experts said. It’s easier to pass down unisex clothes between genders, making them more eco-friendly too. And gender-neutral clothing can be more comfortable for girl playing outdoors or kicking a soccer ball.

Wesley Berryman, a 2014 SCAD graduate, has designed a unisex collection and continues to experiment with gender blurring outfits that have been worn by several celebrities, including Lady Gaga, Beyonce and Bella Hadid.

The gender-neutral trend will continue to grow, but traditional gendered clothing won’t be replaced, Collins said.

Nyasia Smith, mother to a toddler girl and 7-year-old boy, visited Mini Friday recently after seeing an Instagram post about the new business.

“I want my children to wear what they want to wear,” said Smith. She said her son tends to wear traditional boy clothes, “but if he wants to wear a pink shirt or fitted shirt, I am OK with that.”

Meanwhile, Erin, the inspiration behind Mini Friday, is 8. She loves art and science and recently turned a cardboard box into a space ship. She describes her style as sporty and on a recent afternoon wore items off the rack from her mom’s store, including checkered shorts with a turquoise jacket.

“When I was about 5, I felt like, if I wore a dress, I wasn’t being Erin. I was just wearing what someone told me to wear,” she said.

She likes to wear comfortable clothes, “but at the same time not too comfortable that I don’t look presentable,” she said.

With battles about clothes long behind them, Erin gave her a mom a hug, saying “This is a place where kids can be themselves.”

White Nationalist are supporting Georgia Woman Who Gunned Down Black Man! ‘Send them all to Africa’