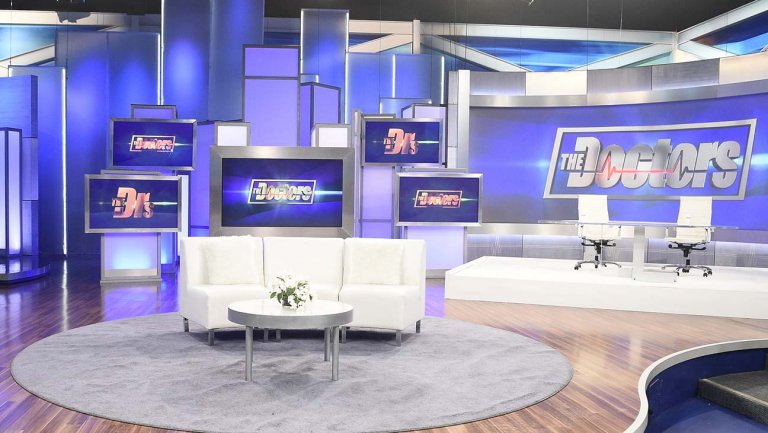 Fitness influencer Jenelle Butler says Stage 29 Productions was negligent in choosing her surgeon. The producers of The Doctors are being sued for negligence by a fitness influencer who says they...
by Zach Freeman January 15, 2020 189 Views

The producers of The Doctors are being sued for negligence by a fitness influencer who says they put her life in the hands of a plastic surgeon who has been repeatedly accused of malpractice and it has left her disfigured and depressed.

Jenelle Butler, along with her husband Crezdon Butler, on Wednesday sued Stage 29 Productions claiming she suffered “horrendous injuries” because producers were negligent in choosing the doctor who performed her surgery.

Butler says she had built a successful personal fitness business, including a trademarked clothing line and corporate partnerships, and a loyal following of thousands on social media, according to the complaint. In 2010, Butler made “a young, dumb decision” to get butt implants and it was the “sole regret” she had about her body when she made the decision to have them removed to set a good example for her followers. Butler shared her desire to have corrective surgery publicly, and a Stage 29 producer contacted her about appearing on The Doctors.

She flew to Los Angeles and was surprised on air by the announcement that Miami-based plastic surgeon Constantino Mendieta had offered to do the silicone-removal surgery for free. Butler says she told a Stage 29 producer that she’d rather use a doctor with whom she’d previously had a consultation.

“She was uneasy about using a surgeon she had never heard of, and whose website did not show any “before/after” photographs of his gluteal-silicone-removal procedures,” writes attorney Christopher Ridout in the complaint. “The Stage 29 producer responded that the procedure would only be free of charge if Jenelle Butler went with Dr. Mendieta. In reliance on the reputation of The Doctors, Jenelle Butler reluctantly agreed to place herself in the care of a surgeon whom she had never met in-person.”

In January 2018, Mendieta performed the surgery and it was filmed by a local crew, but Butler says she’s never seen the footage. The doctor she had originally wanted to perform the surgery, Alberto Gallerani, has testified that Mendieta made several critical errors including failing to view MRI films before the surgery, failing to determine where to make incisions prior to the surgery and cutting too many of Butler’s blood vessels.

As a result, Butler “experienced tremendous tissue necrosis (death) in her gluteal region” and she lost excessive amounts of blood.

“If Dr. Mendieta had performed the surgery over the course of several sessions, with an appropriately conservative approach to the incisions, Jenelle Butler would not have had to receive blood transfusions, suffered the extensive tissue-death, experienced the agony of dealing with those deep and open wounds for months, or been left with such horrendous scarring and disfigurement,” writes Ridout, adding that her inability to function after the surgery made her “depressed to the point that she even contemplated suicide.”

Butler says Stage 29 knew, or should have known, about a series of malpractice complaints against Mendieta including a gluteal-implant-removal surgery that resulted in infection, amputation and ultimately the patient’s death; a patient who sued him for leaving part of a medical instrument inside her breast; and another who alleged he inserted a facial implant without their permission.

Butler is suing for negligent selection, negligent breach of voluntary undertaking and loss of consortium.

Stage 29 and Mendieta have not yet responded to requests for comment on the complaint.

Will The Church Join Hollywood In Addressing Mental Illness In 2020