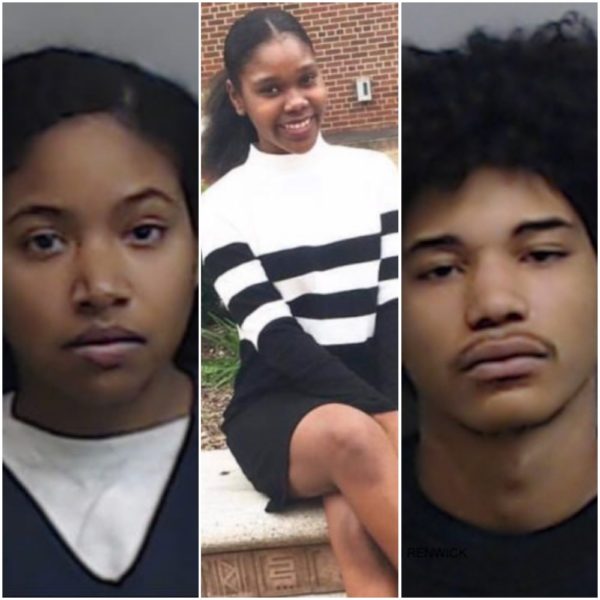 The murdered Clark Atlanta University student considered her roommate and now alleged killer to be her best friend.  Jordyn Jones, one of the suspects facing charges in the death...
by Zach Freeman November 11, 2019 667 Views

The murdered Clark Atlanta University student considered her roommate and now alleged killer to be her best friend.

Jordyn Jones, one of the suspects facing charges in the death of Alexis Crawford, previously spent holidays with the victim’s family, The Washington Post reports.

Rev. Markel Hutchins, the spokesman for Alexis’ family, said during an interview on Sunday (Nov. 10) the victim’s family hosted Jones for both Easter and Thanksgiving, The Washington Post reports.

“That makes that tragedy all the more difficult to understand and reconcile,” Hutchins said, the Atlanta Journal-Constitution reports. “She spent time with the family, in the family home.”

Now, Jones, 21, and her boyfriend, Barron Brantley, 21, face charges of malice murder, which involves deliberate intent and is punishable by death or imprisonment for life with or without parole.

The medical examiner determined Crawford’s cause of death to be asphyxiation.

The 21-year-old college student, who was last seen by her roommate on Oct. 30, was reported missing by her family on Nov. 1, but investigators said it was likely she had already been killed, the Atlanta Journal-Constitution reports.

“They knew Jordyn, the liked Jordyn. There was never a reason to suspect that Jordyn would do anything wrong or ill to Alexis,” Hutchins said Sunday (Nov. 10), the Atlanta Journal-Constitution reports. “One family member described them as two peas in a pod … To go from that to where we are today, it’s unthinkable.”

On Friday (Nov. 8), one of the suspects led police to Crawford’s body in a DeKalb County park off Columbia Drive, 11Alive reports.

Her death came days after she filed a sexual assault report against her friend’s boyfriend, Brantley.

“While a motive has not been clearly established, the department did take a police report from Alexis Crawford on October 27, and this is a few days prior to her being reported missing,” Shields said, according to 11Alive. “In this report, Alexis described unwanted kissing and touching from Barron Brantley.”

According to the report, Crawford, Jones and Brantley were all in the apartment consuming alcohol on Oct. 26, the day the alleged sexual assault took place, the Atlanta Journal-Constitution reports.

The Washington Post reports that according to the police report, Crawford told authorities Brantley had mistaken her for his girlfriend, Jones, and rubbed her shoulders and kissed her on the neck while they drank. When she entered a restroom alone, Brantley followed.

Jones told police she found Crawford locked inside the restroom wearing only a bra, and authorities later recovered a “pair of cut panties” in the restroom, according to the police report, The Washington Post reports.

Crawford also said she had blacked out and wasn’t sure of everything that Brantley allegedly did. She underwent a medical exam at Grady Memorial Hospital following the incident, the Atlanta Journal-Constitution reports.

She reportedly told friends she “wasn’t comfortable sleeping” in her bedroom after the incident, and so she slept in the living room, according to the police report.

T.I.’s Daughter Unfollows Him and Her Family After His Comments About Her Hymen