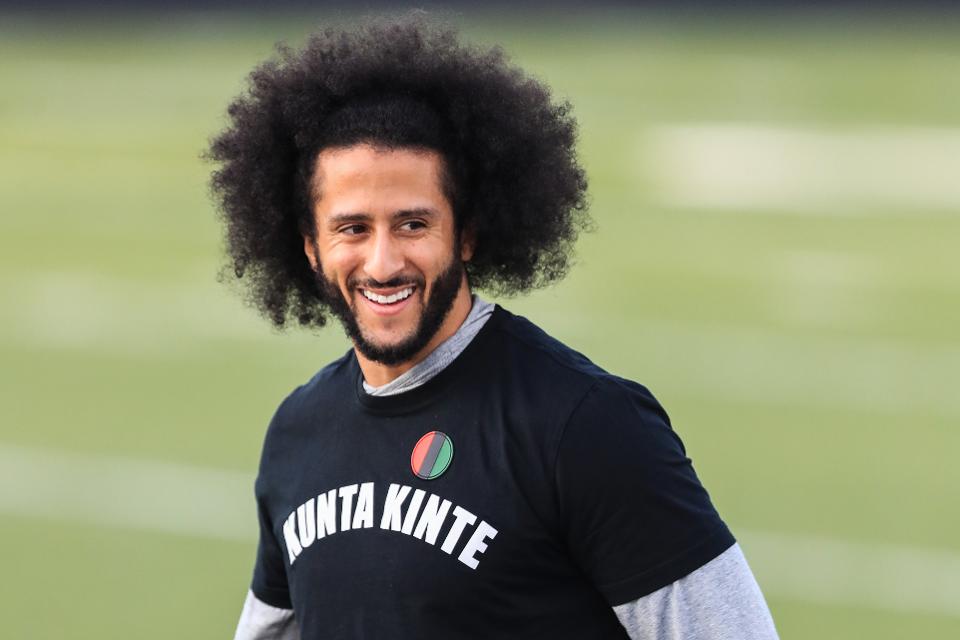 The Big Question To The NFL: Does Colin Kaepernick Get His Job Back?

To be sure, Roger Goodell’s announcement Friday was noteworthy. Especially considering the statement from the NFL just a few days ago.On May 30, a statement from the NFL commissioner offered condolences to the families of George Floyd, Ahmaud Arbery and Breonna Taylor, all of whom had been killed, and said the league would commit itself to addressing systemic issues.

He didn’t offer details.Then, on Friday, Goodell took a different stance — bluntly admitting the NFL was wrong for not listening to peaceful protests from players in the past.”Without black players there would be no National Football League,” Goodell said. “And the protests around the country are emblematic of the centuries of silence, inequality and oppression of black players, coaches, fans and staff.”

But it was what went unsaid that people online seized upon.One name: Colin Kaepernick. 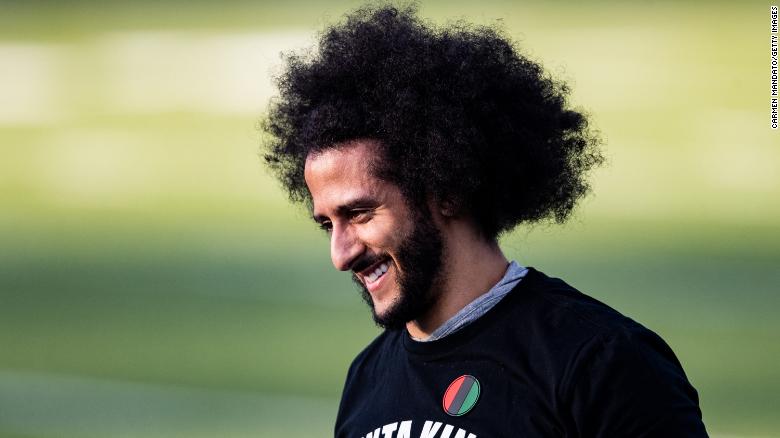 Colin Kaepernick looks on during his NFL workout held at Charles R Drew high school on November 16, 2019Goodell made no mention of the former San Francisco 49ers quarterback, who first led the peaceful protest back in 2016 against police brutality by kneeling during the national anthem. At the end of the 2016-17 season, Kaepernick was let go by the 49ers.”

You cannot apologize to players without mentioning Colin Kaepernick,” Mike Freeman, former NFL columnist for Bleacher Report, wrote on Twitter.Unable to get a job since becoming a free agent, Kaepernick has still been busy. In 2016, he and partner Nessa Diab started the nonprofit Know Your Rights Camp, which seeks to educate and empower black and brown youth.He’s since become the poster child of the protest movement. His image is on shirts, almost always depicted kneeling. 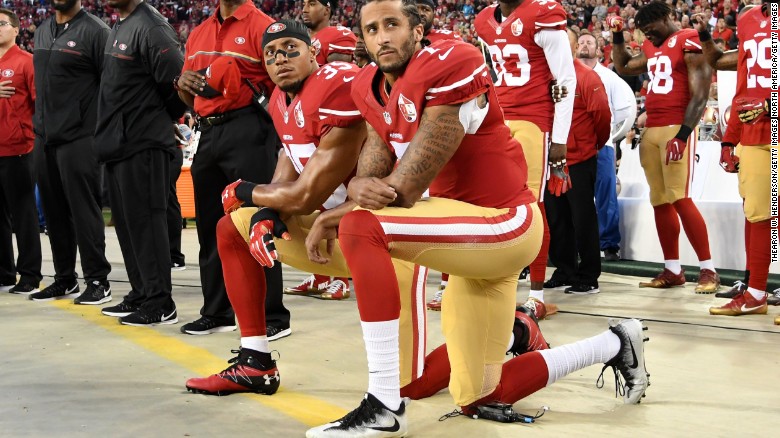 Colin Kaepernick #7 and Eric Reid #35 of the San Francisco 49ers kneel in protest during the national anthem prior to playing the Los Angeles Rams in their NFL game at Levi’s Stadium on September 12, 2016.Just this week, as thousands of protesters across the US and the world protested police brutality after the death of George Floyd, many took a knee — just as Kaepernick did.Friday evening, Rapper and actor Ice Cube took to Twitter, calling the NFL out specifically.

“NFL: Do The Right Thing by this man,” he wrote, attaching a photo of Kaepernick.Kaepernick has been vocal about his desire to continue playing, even reaching a settlement in 2019 for his collusion grievance against the NFL, alleging that teams had kept him and fellow activist Eric Reid from playing.Even before Goodell’s admission that the NFL made a mistake, there were calls to rehire Kaepernick.Joe Lockhart, a CNN political analyst and former NFL executive, wrote an op-ed urging the owners of the Minnesota Vikings specifically to sign Kaepernick.

“It will not solve the problem of blacks and police violence,” he wrote. “But it will recognize the problem that Kaepernick powerfully raised, and perhaps show that, with courage, real progress can be made.”On Friday, though, those calls grew even louder.Clint Smith, author and social commentator, was blunt: “The NFL should formally apologize to Colin Kaepernick.” That post already has more than 25,000 retweets, and counting.Goodell’s statement, though stronger, doesn’t cut it anymore, the sentiments online went.The people, at least on social media, want action. They want, frankly, Kaepernick.

Fox News Has “Attack And Dethrone God” Trending: Here’s Why?