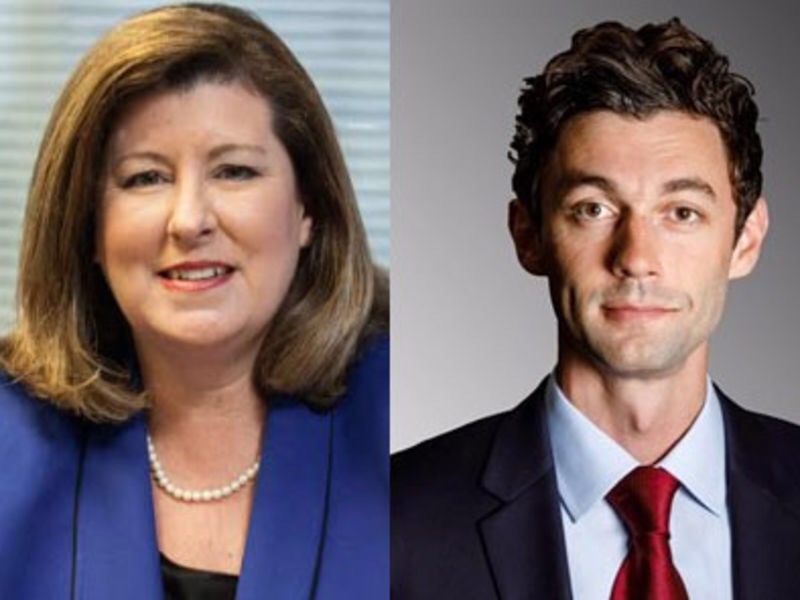 The ante is up in Georgia’s Special Elections… Everything you need to know here!

The stakes in Georgia’s election couldn’t be higher. Tomorrow’s special congressional runoff in Georgia is a race that either party should win — for different reasons. For Republicans, this...
by Zach Freeman June 19, 2017 588 Views 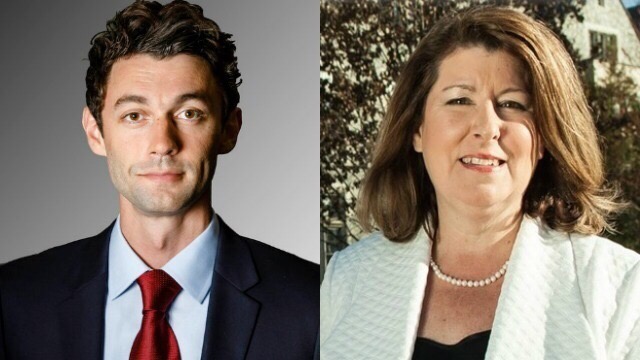 The stakes in Georgia’s election couldn’t be higher.
Tomorrow’s special congressional runoff in Georgia is a race that either party should win — for different reasons. For Republicans, this is a district they’ve represented since the late 1970s (when Newt Gingrich was first elected); the previous congressman, Tom Price (who’s now HHS secretary), received 62% of the vote in 2016; and the party (via the NRCC and the top House GOP Super PAC) has spent about $15 million to win it. For Democrats, President Trump’s job approval rating remains in the 30s (when it was in the low 40s during the initial round of voting in April); this is precisely the kind of upscale/affluent district Democrats need to win to take back control of the House; and Democrat Jon Ossoff got 48% of the vote back in April — so just two percentage points away from what he needs for victory Tuesday night.
As a result, the stakes couldn’t be higher, even though a single special election doesn’t predict what will happen in a midterm cycle a year and a half from now.
What an Ossoff victory could give Democrats:

What a Karen Handel victory could give Republicans:

It’s hard to disagree with Stu Rothenberg’s take: “Democratic strategists may hate the idea that they must win the June 20 special election in Georgia’s 6th District, but that doesn’t make it any less true.

Jon Ossoff’s defeat would not tell us what will happen 17 months from now in the 2018 midterms any more than Republican Tim Burns’ defeat in a 2010 Pennsylvania special election presaged that year’s midterm outcome nationally. And it probably wouldn’t impact Democratic recruiting much or dry up fund raising for very long. But a Democratic loss would have a significant impact on the political narrative of the summer and early fall, right up to November’s gubernatorial contests in New Jersey and Virginia.”
“The most expensive House race in American history”

NBC’s Alex Seitz-Wald has more on tomorrow’s contest. “When he ran for president in 1976, Jimmy Carter raised about $33 million and made it to all the way to the White House. In special congressional election Tuesday near Carter’s Atlanta home, the candidates and outside groups have already spent $40 million and counting.

The race, which pits Democrat Jon Ossoff against Republican Karen Handel, is easily the most expensive House race in American history, captivating both officials in Washington and grassroots activists across the country in the first pitched electoral battle of the Donald Trump presidency. ‘Is $40 million a lot for a congressional election. Yes. Is $40 million a lot for a national election? No,’ said Randy Evans, a Republican National Committeeman from Georgia.” Oh, the Atlanta Journal-Constitution now says the price tag on the election has topped $50 million.
“I really do think the congressional baseball shooting is going to decide the election”

Don’t be surprised if this quote dominates the final 24 hours of the GA-6 race. “I’ll tell you what: I think the shooting is going to win this election for us,” said Brad Carver, GOP chairman of the neighboring 11th Congressional District in Georgia, according to the Washington Post. “Because moderates and independents in this district are tired of left-wing extremism. I get that there’s extremists on both sides, but we are not seeing them. We’re seeing absolute resistance to everything this president does.

Moderates and independents out there want to give him a chance. Democrats have never given this president a chance.” More from Carver: “It’s not going to be a blowout. It’ll be close, but we’ll win it. And I really do think the congressional baseball shooting is going to decide the election.” Carver’s quote comes as a little-known group is advertising on the Scalise shooting, though it’s unclear how big the buy is.
Don’t forget about tomorrow’s election in South Carolina

In keeping with how off the conventional wisdom has often been — who saw Ed Gillespie having a closer primary in Virginia than Ralph Northam did? — it’s entirely possible that tomorrow’s special runoff in South Carolina could have a more surprising outcome than GA-6. Ask yourself: What could produce bigger political shockwaves: Ossoff winning by two points in GA-6, or Archie Parnell (D) giving favorite Ralph Norman (R) a fight of his life in the race to fill OMB Director Mick Mulvaney’s congressional seat? (Mulvaney got nearly 60% of the vote in 2016.)

If Trump isn’t under investigation, why has he retained the services of three different outside attorneys?

“An attorney for President Donald Trump was adamant on Sunday that the president is not under investigation, despite the president’s tweets this week referring to one as a ‘witch hunt,’” per NBC’s Kailani Koenig. “‘Let me be clear here,’ said Jay Sekulow, a member of the president’s legal team, on NBC’s ‘Meet The Press.’ ‘The president is not and has not been under investigation for obstruction.’” (On Fox, however, Sekulow appeared to slip and say that Trump is indeed under investigation.) But if Trump isn’t under investigation, why has he retained the services of three different outside lawyers — Sekulow, Marc Kasowitz, and John Dowd? And the New York Times reports that Trump son-in-law Jared Kushner is maybe looking for new legal representation. By the way, NBC’s own reporting has confirmed that special counsel Bob Mueller is investigating whether President Trump potentially obstructed justice.
Rubio: “The president has said he doesn’t believe [Russia interfered in the 2016 election]. I believe it”

Don’t miss this other quote from “Meet the Press” yesterday. “‘As far as the general theme of Russia’s interference, look, the president has said he doesn’t believe it. I believe it, and not only do I believe it, I know it. Almost everybody else does,’ Rubio said,” per NBC’s Koenig. “‘Ultimately at the end of the day, he has a right to his opinion on these issues. Bottom line is, we are going to continue to do our work.’”