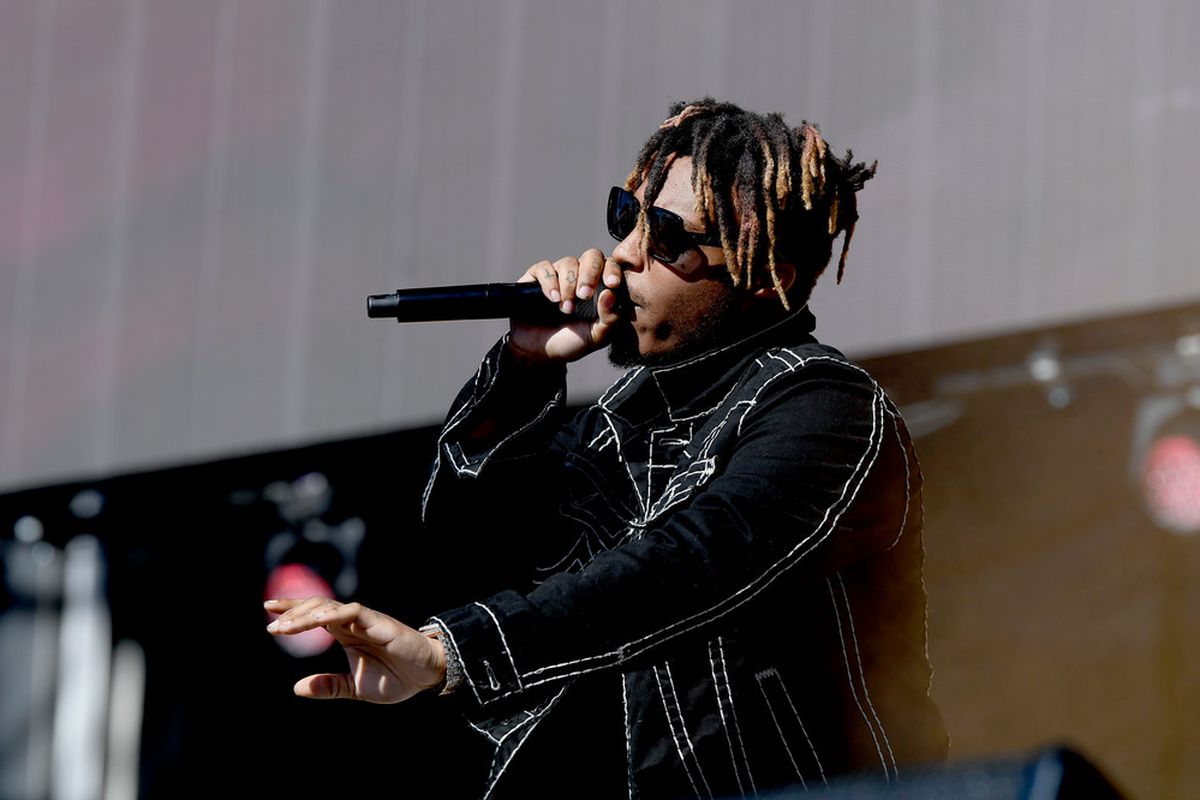 UPDATE: The 21-year-old rapper, whose single “Lucid Dreams” peaked at No. 2 on the Billboard Hot 100 in 2018, died after suffering a medical emergency at Midway Airport, officials said.

9:55 AM PT — One of the songs on Juice’s “Too Soon” EP was called “Legends” and it has a pretty prophetic lyric. As we said, the track was about Lil Peep and XXXTentacion’s deaths. In the song, he raps, “What’s the 27 club? We ain’t making it past 21.”

9:42 AM PT — Juice’s fellow artists are waking up to the shocking news. Lil Nas Xposted about losing yet another “young talented rising” artist.

rip juice. so sad how often this is happening lately to young talented rising artists. 73.9K9:09 AM – Dec 8, 2019Twitter Ads info and privacy8,708 people are talking about this

And, Camila Cabellohad a single emoji reaction to Juice’s death.

Juice Wrld, the talented young rapper and singer whose career was just taking off, is dead after suffering a seizure in Chicago’s Midway airport … TMZ has learned.

Juice’s flight from California landed early Sunday morning and, after deplaning … witnesses tell us he suffered the seizure while walking through the airport. Law enforcement sources say he was bleeding from the mouth when paramedics got on scene.

We’re told Juice — real name Jarad Anthony Higgins — was still conscious when he was transported by Chicago Fire. However, he was pronounced dead a short time later at the hospital. The cause of death is unclear at this time.

Juice Wrld’s major-label career was just starting after he almost climbed to the top of the charts in 2018. His first huge hit came in summer 2018 with “Lucid Dreams” … which made it to #2.

His song, “All Girls Are the Same,” also became a hit when Lil Yachtywas featured on the remix.

In fact, it was that song’s success that drew the attention of Interscope Records … which signed him to a multi-million dollar contract. One month after releasing his first studio album, “Goodbye & Good Riddance” … Juice released the 2-track EP, “Too Soon,” as a tribute to Lil Peep and XXXTentacion.

Juice also had a feature on Travis Scott‘s enormous “AstroWorld” album, singing the hook on the track, “No Bystanders.”

Emergency crews responded to the airport about 3:30 a.m. after the 21-year-old rapper, whose real name is Jarad Anthony Higgins, experienced an unknown “medical issue,” according to the Chicago Fire Department and the Cook County medical examiner’s office.

Chicago police confirmed that a 21-year-old man suffered a medical emergency at the airport a short time earlier after getting off a private jet. TMZ first reported Juice WRLD died after having a seizure.

An autopsy hasn’t been performed, the medical examiner’s office said.

Juice WRLD rose to fame after releasing his 2018 debut album “Goodbye and Good Riddance,” featuring the breakout single “Lucid Dreams” that peaked at No. 2 on the Billboard Hot 100. His followup album, “Death Race for Love,” debuted at No. 1 on the Billboard 200 in 2019.

Musicians and industry insiders took to social media Sunday morning to pay homage to the rapper.

Scarlet Fever Alert: 480 Kids Have Been Diagnosed In One Week