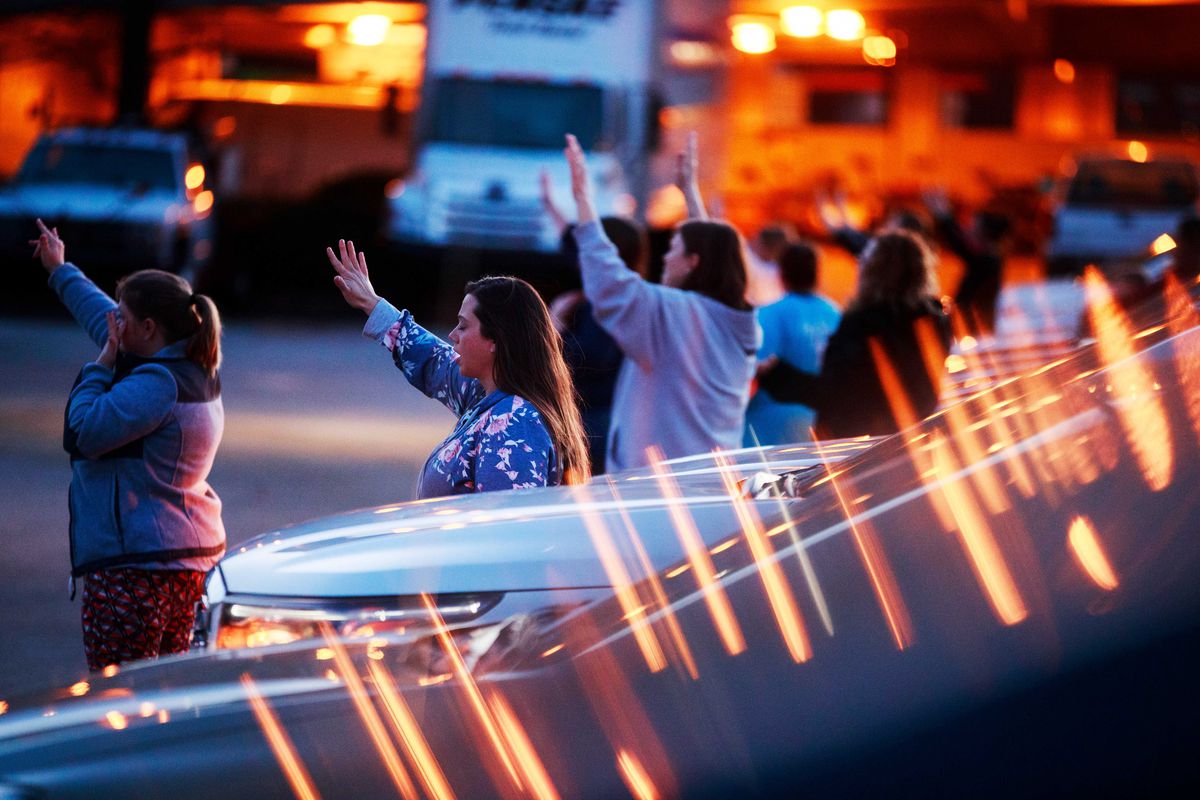 Last week, Harris County Judge Lina Hidalgo, who oversees the area of Texas that includes Houston, issued an order requiring “all individuals currently living within Harris County … to stay at their place of residence except for Essential Activities” (in Texas, the title “county judge” refers to the chief executive of a county government).

Like many similar orders handed down by state and local officials throughout the United States, which are intended to slow the spread of the coronavirus pandemic, Hidalgo’s order closes most businesses within the county and shuts down most places where people gather in large groups. Although it allows faith leaders to “minister and counsel in individual settings, so long as social distance protocols are followed,” it requires worship services to “be provided by video and teleconference.”

That restriction on in-person worship services has sparked a lawsuit, filed by three Texas pastors and Steven Hotze, a medical doctor and anti-LGBT Republican activist whose political action committee was labeled a hate group by the Southern Poverty Law Center. These four men ask the Texas Supreme Court to strike down Hidalgo’s order, claiming, among other things, that it violates the “religious liberty” of pastors who wish to gather their parishioners together during a pandemic.

The case is named In re Hotze.

Under existing precedents, the petitioner’s arguments in Hotze are not strong. They rely heavily on older US Supreme Court decisions that were effectively overruled by the Supreme Court’s later decision in Employment Division v. Smith(1990) (although it’s worth noting that Smith is very much out of favor with judicial conservatives and could, itself, be overruled by the Court’s current majority).

The Hotze petitions also essentially ask the Texas Supreme Court to place the temporary interests of a few pastors before the county’s interest in combating a deadly disease. The US Supreme Court has long held that the government may take targeted action to protect especially compelling interests — even when doing so implicates constitutional rights.

Yet, while there is little legal support for the Hotze petitioners’ arguments, the Texas Supreme Court is notoriously conservative — all nine of its members are Republicans — so there is, at least, some chance that the Hotze petition succeeds.

It is at least as likely, however, that the Texas justices will recognize that they need to place some limits on the religious liberty doctrine. Unlike other high-profile lawsuits about religious exemptions to generally applicable laws, Hotze does not pit a Republican interest group (such as business owners with conservative religious views) against a group associated with Democrats (such as LGBTQ people).

Hotze places the public health of an entire community against the interests of a handful of pastors (and, potentially, parishioners) with an idiosyncratic view of the pandemic.

The Hotze petition mingles legal arguments with Trumpian rhetoric and familiar Republican Party talking points. One subsection of the petition argues, falsely, that the coronavirus is less dangerous than the flu. An entire section of the petition suggests that Judge Hidalgo’s order is invalid because it “picks winners and losers.”

The petition also makes some fairly basic legal errors. It argues, for example, that the First Amendment’s clause protecting the “free exercise” of religion requires courts to strike down Hidalgo’s order unless that order is supported by a “compelling government interest.” But the Supreme Court rejected this reading of the First Amendment in Smith.

Under Smith, “the right of free exercise does not relieve an individual of the obligation to comply with a valid and neutral law of general applicability on the ground that the law proscribes (or prescribes) conduct that his religion prescribes (or proscribes).” That is, so long as Hidalgo’s order does not single out places of worship for inferior treatment that it does not impose on similar organizations, the order does not violate the First Amendment.

That said, there is a case pending before the US Supreme Court right now that asks the justices to overrule Smith. And the argument against Smith is likely to receive a very sympathetic audience from the Court’s Republican majority. The Texas Constitution also contains strong language protecting religious freedom, and the state’s highest court is free to interpret that language differently from the US Supreme Court read of the First Amendment in Smith.

So it is not that much of a stretch to say that Texas pastors enjoy strong constitutional protections against a government order regulating how they conduct worship services.

Yet, even the Hotze petitioners admit that these protections are not unlimited. Rather, they concede that the government may take actions that limit religious freedom if such actions are “narrowly tailored” to advance a “compelling interest.”

This test, which is also known as “strict scrutiny,” is the same test the US Supreme Court applies to laws that restrict speech or that discriminate on the basis of race. But, even in the context of censorship or race discrimination, strict scrutiny is not insurmountable. A study by UCLA law professor Adam Winkler, for example, found that federal courts applying the compelling interest test upheld 22 percent of free speech restrictions and 27 percent of laws that engaged in discrimination between 1990 and 2003.

The government interest at stake in Hotze, moreover, is protecting human life from a disease that threatens to kill millions. And Hidalgo’s order is narrow in that it does not ban worship services. It simply requires them to be temporarily held online until the pandemic passes.

Until fairly recently, the Supreme Court recognized that there must be some practical limits on a religious objector’s ability to seek exemptions from generally applicable laws. As Justice Antonin Scalia wrote for the Court in Smith, “to make an individual’s obligation to obey [the] law contingent upon the law’s coincidence with his religious beliefs, except where the State’s interest is ‘compelling’” is to permit that individual “to become a law unto himself.”

Accordingly, the Court typically had beenreluctant to grant religious liberty exemptions to a law when granting such an exception could harm third parties. And it was especially reluctant to give religious liberty exemptions to businesses. As the Court explained in United States v. Lee (1982), “when followers of a particular sect enter into commercial activity as a matter of choice, the limits they accept on their own conduct as a matter of conscience and faith are not to be superimposed on the statutory schemes which are binding on others in that activity.”

Nevertheless, in Burwell v. Hobby Lobby(2014), the Supreme Court held, for the first time, that religious objectors may sometimes wield those objections to limit the rights of third parties — Hobby Lobby held that business owners who object to birth control may refuse to include contraceptive coverage in their employee’s health plans.

Thus far, however, the Court’s latest line of religious liberty cases has largely pitted conservative religious groups against laws favored by liberals, including laws protecting birth control access and laws prohibiting anti-LGBTQ discrimination. Hotze is different because the pandemic impacts Democrats and Republicans alike. Indeed, if the pastors behind Hotze get their way, the biggest losers are likely to be their parishioners, who will be at immediate risk of infection.

Hotze, in other words, potentially offers the courts an ideal vehicle to draw limits around the new “religious liberty” doctrines advanced by cases like Hobby Lobby. It’s hard to imagine a more compelling interest than preventing a deadly disease from spreading unchecked through the population. And Hotze shows that everyone, liberal and conservative alike, benefits from a society with universal laws.

Wimbledon canceled for 1st time since WWII because of virus