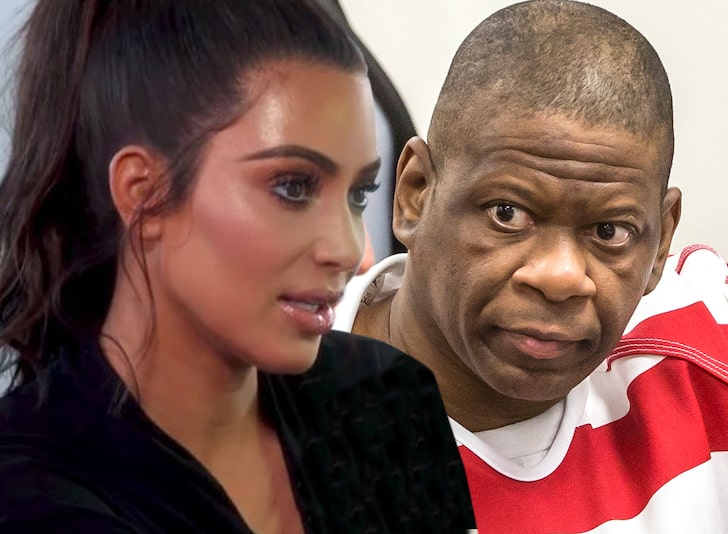 EXCLUSIVEGetty/AP 4:31 PM PT — Kim just detailed the meeting, saying, “Today, I had the honor of meeting Rodney Reed in person and the privilege of sitting with him when...
by Raquel Jayson November 15, 2019 628 Views

4:31 PM PT — Kim just detailed the meeting, saying, “Today, I had the honor of meeting Rodney Reed in person and the privilege of sitting with him when he got the news that the highest court in Texas had issued a stay of execution and remanded the case back to the trial court for further consideration.”

She continued, “Words cannot describe the relief and hope that swept over the room in that moment. That hope had been building over the last few weeks around Rodney’s case. We have seen Democrats and Republicans come together. We have seen grassroots activists and lawmakers link arms.”

4:31 PM PT — “We have heard people all around the globe speak up. And all because of a deep belief that every man or woman accused of a crime – especially one punishable by death – deserves the chance to have all available evidence considered.”

She finishes, “So grateful for the commitment and passion of everyone who voiced their support, the Texas Board of Pardons and Paroles for their recommendation to issue a 120 day reprieve, and the courts for issuing a stay!”

Kim Kardashian West isn’t just lobbying to set a death row inmate free … she met with him face-to-face with the clock ticking to try to figure out a plan.

We broke the story … Kim’s desperately trying to stay the execution of Rodney Reed — which was originally scheduled for November 20 — because she and many others believe there is substantial evidence to exonerate him of the murder he was convicted of more than 20 years ago.

Lucky for both Kim and Rodney, on Friday the Texas Court of Criminal Appeals issued the stay of execution — recommending a 120-day reprieve.

Our sources say Kim — who traveled to Texas with Kanye for his upcoming performance at Joel Osteen‘s church — was granted special permission by authorities to meet with Reed Friday.

We’re told she wanted the chance to speak with him in person, hear his story and hash out a last-ditch effort to save his life. As we told you, she’s publicly pleaded for Governor Greg Abbott to stop the execution.

PLEASE @GovAbbott How can you execute a man when since his trial, substantial evidence that would exonerate Rodney Reed has come forward and even implicates the other person of interest. I URGE YOU TO DO THE RIGHT THING.8,74710:00 PM – Oct 18, 2019Twitter Ads info and privacy2,117 people are talking about this

Rodney is on death row in Livingston, TX for the 1996 murder of Stacey Stites — where cops initially said he’d raped, assaulted and strangled her to death. Reed has claimed the 2 had a consensual affair, but he’s maintained his innocence of killing her for over 20 years now.

Just recently, a former inmate claimed to know the real murderer — the guy alleges Stites’ own fiance confessed to him while behind bars that he killed her for sleeping around.

Along with Kim, lawmakers on both sides of the aisle and countless celebrities have voiced support to stop Reed’s upcoming death.