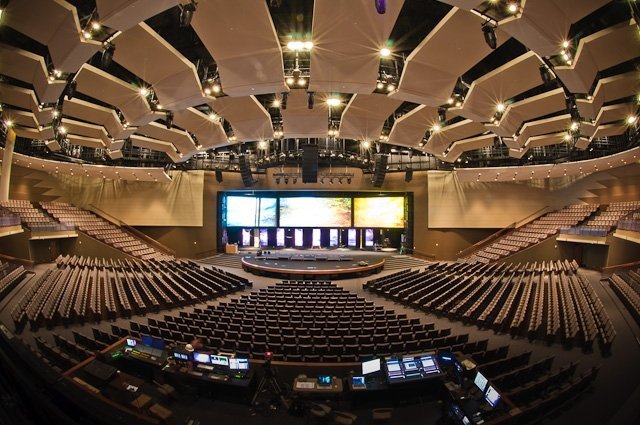 There are multiple coronavirus cases among the staff of Southlake’s Gateway Church, less than two weeks after the head pastor was in attendance at the now-infamous Rose Garden ceremony...
by Zach Freeman October 22, 2020 927 Views

There are multiple coronavirus cases among the staff of Southlake’s Gateway Church, less than two weeks after the head pastor was in attendance at the now-infamous Rose Garden ceremony at the White House, a church spokesman confirmed Thursday.

A few isolated cases have impacted the more than 850 part-time and full-time employees, Lawrence Swicegood said in an email. Though he didn’t disclose how many cases there have been, he noted, “The confirmed cases go up and down daily.” He didn’t say whether any of the workers with COVID came into contact with Senior Pastor Robert Morris, who has continued to preach following the Rose Garden event where at least a dozen attendees later tested positive. But he stated the pastor has tested negative.

Morris has been tested on two occasions since the Sept. 26 Rose Garden event, including once this week, and tested negative both times, according to Swicegood, the director of Gateway Media. He hasn’t exhibited COVID symptoms, he said, and has been taking his temperature regularly.

The church cafe and the bookstore are closed, but Swicegood noted on Thursday they have been closed since March as a precaution. The bookestore is set to re-open this weekend, he said, since extensive COVID precautions are in place and staff have been trained.

Swicegood said he couldn’t be more specific about the number of positive cases because of HIPAA privacy laws. When asked about the timeline of positive cases, he said, “As in every company in North Texas every week a few individuals are testing positive and others are testing negative. We continue to see this trend since the beginning of the pandemic in March.”

He told the Star-Telegram on Thursday the church is adhering to guidelines regarding cleaning and isolation following a positive test.

“Gateway Church and all of its staff has continued to be vigilant in following COVID guidelines,” Swicegood said. “We as a church continue to pray for all those in our community affected by this pandemic and will support in various ways numerous people and organizations.”

When there have been positive staff cases, Swicegood noted, anyone who was working around the person who has the virus and individuals exposed to that person are notified and told to quarantine. There have been no cases requiring hospitalization, he said.

He said he doesn’t know if any parishioners have tested positive for the coronavirus.

The news of the staff cases comes after Morris returned to preaching to socially distanced crowds in the mega-church’s chapel on Oct. 4, despite the continuing revelations of several positive cases among those who were at the Rose Garden ceremony.

At least a dozen people in attendance later tested positive for COVID, including University of Notre Dame President John Jenkins, who was shown in photos sitting directly in front of Morris. Morris could be seen, like most others in attendance, without a mask on.

The ceremony, held to mark the nomination of Amy Coney Barrett to the Supreme Court, was later dubbed a possible “super-spreader” event as people in attendance — from government officials, to religious leaders, to White House personnel — later announced they had coronavirus. It began on Oct. 1 with Hope Hicks, a senior aide to the president, and eventually even included First Lady Melania Trump and President Donald Trump.

The nominating ceremony was made up of an outdoor speech as well as indoor meetings, as photos released to the public have shown. But it’s been hard for experts to say definitely whether the virus was passed at the event, especially because of a reported lack of contact tracing by the White House after the revelation of positive cases.

The Gateway Church in Southlake, one of several Gateway campuses across Dallas-Fort Worth, is in its ninth week of in-person services following a hiatus, Swicegood said in the email on Thursday. Officials are limiting the capacity in the auditorium, which seats up to 4,100 people, to 1,800 seats, he said. There have typically been less than 1,200 people at services.

In addition to the cafe and bookstore being closed, there have been no small group meetings, student services or children’s services since the church reopened in August, Swicegood said. The church live-streams its services so anyone can watch from home.

With schools back open, Swicegood said, the church will restart its young children’s and childcare services this weekend with “extensive staff and volunteer training” having taken place.

“If in the weeks ahead we see a concerning spike in confirmed cases, we will review and consider suspending or reducing ministry activities,” he said.

Pharrell Lands A Big Deal With Netflix For Church Choirs