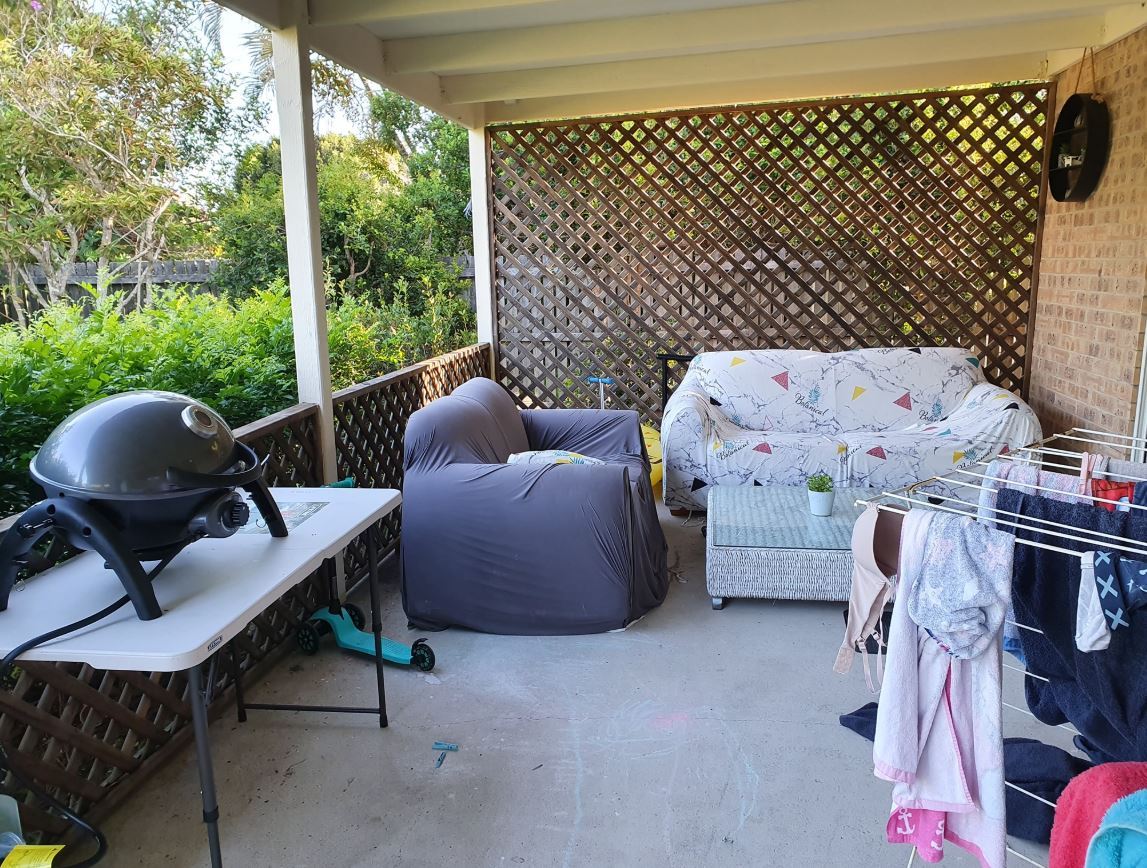 Terrifying five-foot carpet python found hiding on family’s patio… but can YOU spot it?

A PYTHON measuring five-foot caught hiding on a family’s patio was nearly missed  – as no-one could spot it. Professionals from Sunshine Coast Snake Catchers were called to capture...
by Zach Freeman February 4, 2020 309 Views

A PYTHON measuring five-foot caught hiding on a family’s patio was nearly missed  – as no-one could spot it.

Professionals from Sunshine Coast Snake Catchers were called to capture the deadly reptile from this family home on Monday.

The stealthy coastal carpet python was hiding in the BBQ area of the patio, in a picture shared by the company on Facebook.

The cluttered communal area featured multiple hiding places for the long snake such as a clothing rack, coffee table and shelving units.

The image was posted with the caption: “Let’s see if you can spot the snake in the photo. Bonus points if you can guess the species as well.”

But several eagle eyed spotters found the snake poking it’s head out from under the corner of a blue sofa – which was nearly hidden to the naked eye.

One Facebook user said: ” ‘Either I’m blind… Or there ain’t no snake… I’ve been looking for 10 minutes!”

Meanwhile another Brisbane man desperately trying to spot the terrifying animal said: “‘Looks like a tail on the floor between the two chairs. Carpet python? Or something under the Coffee table but I can’t call on what that might be?”

Sunshine Coast wrote: “I think I made that too easy haha. Carpet Python head at the base of the couch! Well done to those who got it!”

And although they are non-venomous, their aggressive and unpredictable behaviour can cause serious lacerations and tetanus infections.

But since the pictured snake was only 5ft (1.5 metres) long and appeared to have a small head, it is thought the reptile was a juvenile.

She Voted For Pete Buttigieg In The Iowa Caucus After Her Vote She Found Out He Is Gay: She Wants Her Retracted

It’s Horrible What This Man Forced A 9 Year Old To Do Because He Didn’t Want To Watch A Movie: Charged With Sexual And Malicious Assault