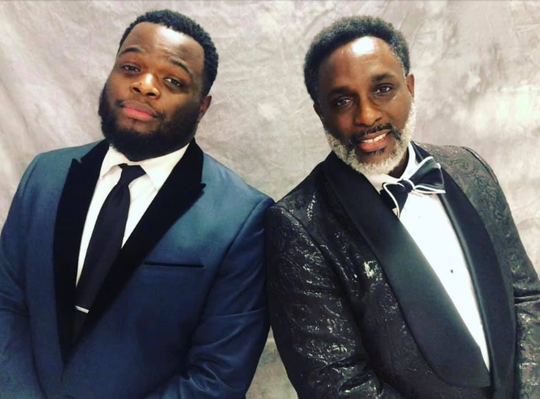 Pastor David Settles will eulogize his 30-year-old son Saturday after Darius Settles died last week after he tested positive for the coronavirus. “The virus is real,” said Settles, adding that his...
by Zach Freeman July 23, 2020 194 Views

Pastor David Settles will eulogize his 30-year-old son Saturday after Darius Settles died last week after he tested positive for the coronavirus.

“The virus is real,” said Settles, adding that his son had no preexisting conditions prior to the illness. “It’s not a hoax, and it’s not a joke. It’s real. Even with his age, I was convinced he’ll be fine. He’s young. He can fight it off. But that was not the case.”

Darius Settles lived in Nashville’s Antioch community and is among the 653 people to die in Tennessee from coronavirus as of Monday afternoon, according to the state’s Department of Health. The state reported 52,155 cases with 31,020 recovered and 2,897 hospitalized. Rutherford County reported 3,040 cases with 35 deaths and 1,353 recovered.

Darius Settles was part of the ministry at his father’s church, The Worship Center Murfreesboro on Memorial Boulevard. David Settles held livestream services on Facebook with the help of musicians and technicians to practice social distancing and prevent the spread of coronavirus.

“He didn’t put himself in any exceptional danger,” said David Settles, who’s also an elected Murfreesboro City School Board member. “He mostly stayed home and would come to church.”

While others were enjoying fireworks on July Fourth, Darius Settles was at home when he stopped breathing in the presence of his wife, Angela Settles, and his father.

“It was difficult for him to breathe,” the father said. “He kissed my hand. I told him, ‘Don’t try to talk.’ He turned his head toward me. I really thought he had fallen asleep. He was really breathing his last breath, and that was it.”Get the Coronavirus Watch newsletter in your inbox.

Updates on how the coronavirus is affecting your community and the nationDelivery: VariesYour Email

A call went to 911, and chest compressions from family at first and then emergency medical professionals were unable to resuscitate Darius Settles after cardiac arrest following the coronavirus ended his life, David Settles said.

The funeral will be 3 p.m. Saturday at Greater Original Christ Temple, 4201 Old Hickory Blvd., in the Hermitage area east of central Nashville. Visitation will be from 1 to 3 p.m. with family members who include Darius Settles’ 6-year-old son, Samari.

Other survivors include Darius Settles’ mother, Deirdra Settles; brother, Donavon; and sisters, Danielle and Deja. Condolence cards can be sent to the family’s home at 2048 Woodside Court, Murfreesboro, TN 37130.

Prior to July Fourth, Darius Settles wasn’t feeling well and a had a little congestion, so his father encouraged him to see a doctor.

“He didn’t have health insurance,” David Settles said. “He put it off.”

Darius Settles on the Monday before his death got tested for the coronavirus. He learned the next day that the test was positive. The day after that he went to TriStar Southern Hills Medical Center and came home with an inhaler and antibiotics to treat pneumonia, his father said.

When the father called his son to check on him on Friday, “he asked me to come and pray for him, which I did,” said David Settles, who returned the next day to see Darius for the last time.

Growing up in Murfreesboro

Darius Settles grew up a healthy child when his family moved to Murfreesboro 17 years ago. He attended Central Middle School and went on to graduate from Oakland High School in 2008.

“He never had any problems,” David Settles said.

Darius had been a valued employee at two of the three D&K Menswear stores off Old Fort Parkway in Murfreesboro and in the Rivergate Parkway area in Goodlettsville, said Tommy Dabit, president of the family business.

“He worked for us off and on for about nine years,” said Dabit, adding that his initial employee acquaintance with Darius Settles “grew into a friendship.”

Darius Settles left D&K Menswear to start his own business to design custom-fit suits he made for customers, Dabit said.

“He was big into fashion,” Dabit said. “We talked a lot about fashion. He was a great dresser.”

Dabit and Darius Settles traveled in February to a trade show in Las Vegas.

Darius showed the love of family at the end, David Settles said.