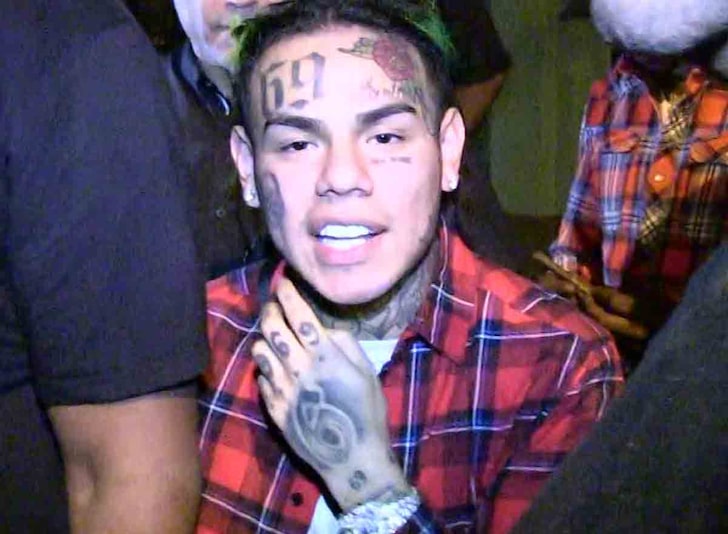 Tekashi69 Get Record Deal Worth Millions While Still in Prison

EXCLUSIVETMZ.com A record label is banking on Tekashi 6ix9ine getting out of prison sooner than later and surviving all the snitching he did … because it’s investing big bucks on the...
by Alycia Pascual-Pena October 10, 2019 168 Views

A record label is banking on Tekashi 6ix9ine getting out of prison sooner than later and surviving all the snitching he did … because it’s investing big bucks on the rapper making music again.

Sources close to Tekashi tell TMZ … he just cut a record deal worth more than $10 million with his former label — 10K Projects.

Once 6ix9ine’s a free man, our sources say he’ll get the money in return for putting out 2 albums … one in English and one in Spanish.

We broke the story … Tekashi seems to believe him testifying against his old gang members will be forgotten once he’s released from prison, and he — and his tracks — will be more popular than ever.

His former label apparently agrees, and is willing to take the risk not just on Tekashi being right … but on the judge handing him a light sentence.

As we reported … the rapper’s testimony paid off for the feds, because his former fellow Nine Trey Blood gang members were found guilty of kidnapping and racketeering charges last week.

Of course, 6ix9ine agreed to snitch in order to greatly reduce the initial 47-year minimum sentence he was facing when he was busted last year … but it doesn’t mean he’ll be free right away.

The reported best-case scenario for Tekashi69 is getting credit for time served and being released sometime in 2020 …. but it’s far from a safe bet to say he’ll have no trouble getting back to the studio.

Breaking News: Two Of Giuliani’s Main Associates Have Been Arrested! It’s Tumbling Down!