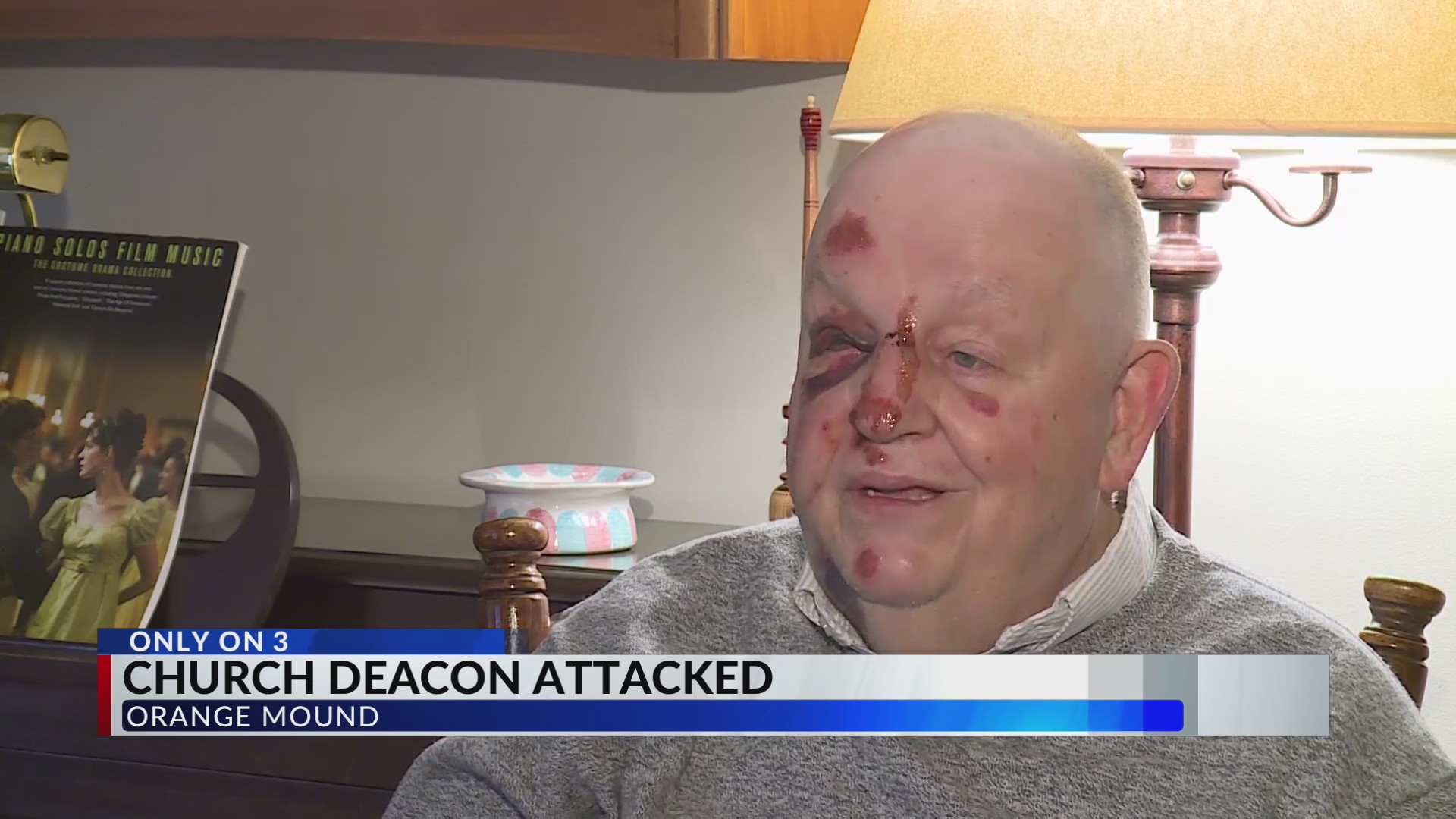 A 73-year-old clergyman who was attacked and carjacked outside his Orange Mound church says he forgives the teenagers who did it.

Walter Bolton has been deacon at St. John Catholic Church on Lamar near Kimball for 13 years. He said Tuesday was the first time he’s had any trouble there.

Bolton said the attack happened as he was leaving the rectory next door to the church at around 3 p.m.

“I went out the front door and looked around as I always do,” said Bolton.

Seeing no one, Bolton said he briefly turned his back to lock up, but when he turned back around, he noticed four teenagers walking down Lamar toward him.

“One of them yelled out to me, ‘Sir, do you need any help?’ Of course, I immediately told him, ‘No, I don’t need any help,’ ‘cause I knew what that meant. So I turned around to go back into the rectory and when I did, one of them came running up, grabbed me and threw me down the stairs,” said Bolton.

Bolton says he hit the pavement face first. His face was still covered in bruises during an interview with WREG Thursday. But the teens appeared to be concerned with only one thing.

“They grabbed my keys and ran to my car and drove away,” Bolton said.

The suspects made it only about a mile before crashing Bolton’s car. After a brief foot chase, police arrested three of the suspects. One was 17 and another was 14, according to police records.

“Some people say, ‘Well, why do you have a church there?’ And I said, ‘That’s – things like this is the reason we’re there.’”

Where his attackers are concerned, he’s urging forgiveness.

“I’ve been telling everybody to pray for the young men, to ask the Lord to forgive them, which I know that he will,” said Bolton.

Bolton is also thanking police officers for locating his car so quickly, although he fears it may be totaled.