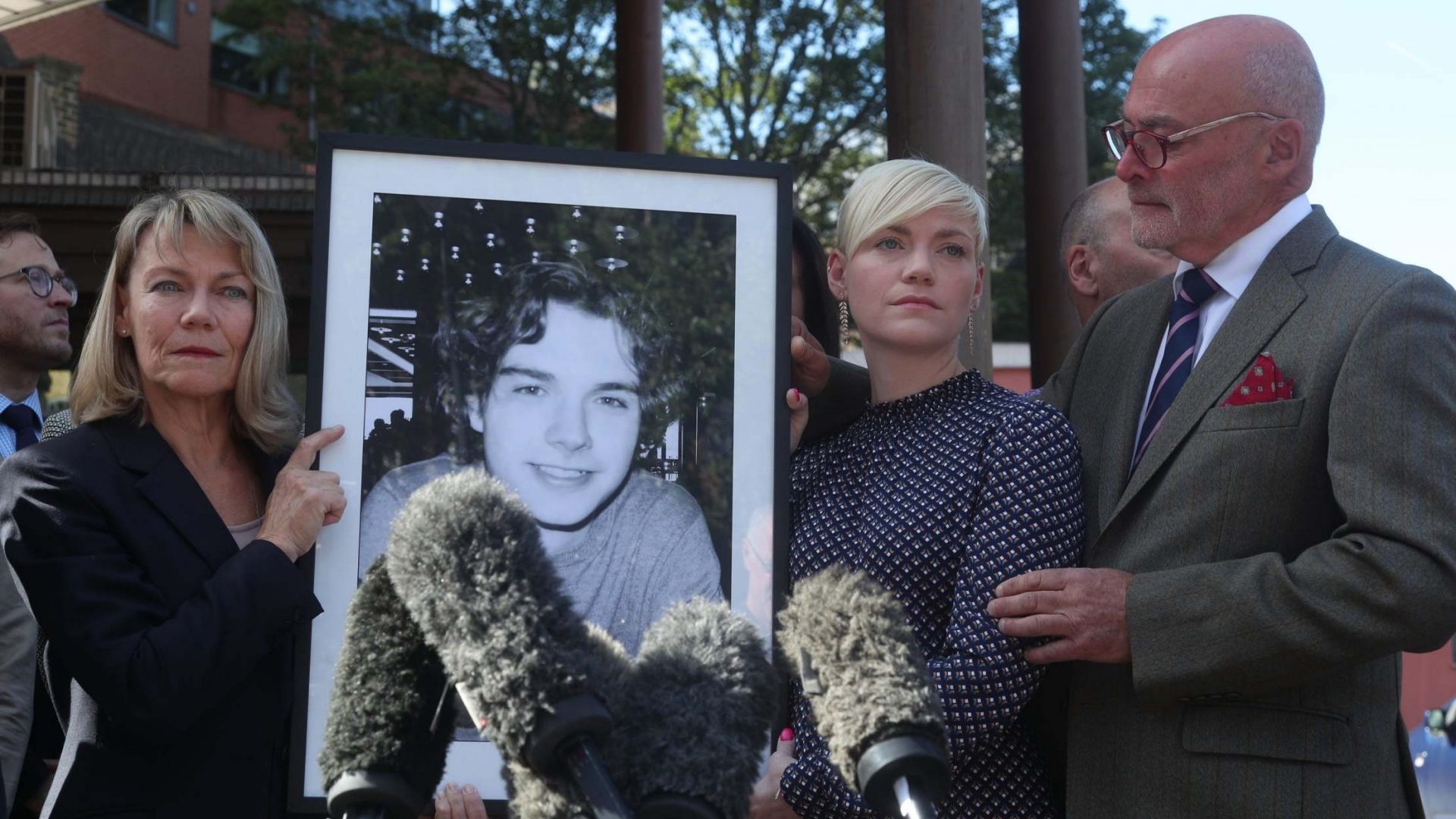 Teenager Allergic to Dairy Died After Restaurant Said His Birthday Burger Was Safe to Eat: Coroner

YUI MOK/AP IMAGES Owen Carey died from anaphylactic shock two years ago after eating a birthday meal at British burger chain Byron, even though he had told staff about...
by Raquel Jayson September 15, 2019 230 Views

Owen Carey died from anaphylactic shock two years ago after eating a birthday meal at British burger chain Byron, even though he had told staff about his dairy allergy.

The teenager — who was celebrating his 18th birthday on April 22, 2017 — was misled to believe that his order was safe to eat when he asked about a meal that did not label any allergens on the menu, a coroner has concluded, according to the UK’s Press Association.

He began to feel symptoms of an allergic reaction soon after eating half of a grilled chicken burger he had ordered, not knowing that it had been marinated in buttermilk.

Carey, who had been in London with his girlfriend for the day, collapsed in her arms while walking to the London Aquarium following the meal. Paramedics arrived and gave first aid but he died at St Thomas’s hospital 45 minutes later, according to The Guardian.PAID CONTENT

“The deceased made serving staff aware of his allergies. The menu was reassuring in that it made no reference to any marinade or potential allergenic ingredient in the food selected,” Ballard concluded the investigation in a statement read at Southwark Coroner’s Court, according to CNN.

“The deceased was not informed that there were allergens in the order. The food served to and consumed by the deceased contained dairy which caused the deceased to suffer a severe anaphylactic reaction from which he died,” Ballard’s statement added.

The investigation and verdict were validating for Carey’s family, who said they knew their son would have taken every precaution while eating out.

“We’re very glad the coroner saw that and took it on board, because it was important to us that Owen said what he said at the restaurant,” Paul Carey, Owen’s father, told the BBC. “He knew exactly what he could and couldn’t eat, and I think it’s because we had drilled it into him from an early age.”

The family is now calling for a new law to require allergen labeling on all restaurant menus to prevent a similar tragedy from happening in the future.

“Owen was the shining light in our family. We are calling on the Government to change the law on allergen labeling in restaurants,” his family said in a statement on Friday, according to the PA. “We want restaurants to have to display clear allergen information on each individual dish on their menus. The food industry should put the safety of their customers first.”

The statement added, “It is simply not good enough to have a policy which relies on verbal communication between the customer and their server, which often takes places in a busy, noisy restaurant where the turnover of staff is high and many of their customers are very young.”

Also attending the court ruling on Friday were the parents of Natasha Ednan-Laperouse, who died at 15 after eating an unlabeled sesame seed Pret a Manger baguette in 2016 at Heathrow airport while on her way to France.

“With around 8% of children in this country now having allergies, we are facing an epidemic,” Nadim and Tanya Ednan-Laperouse said in a statement, according to The Guardian.

“The food industry should be leading the charge for better information for its millions of customers with allergies, not hiding – as has Byron Burgers – behind corporate legal-speak of being ‘industry standard’ or ‘meeting our legal obligation,’” they added.

“It is a matter of great regret and sadness that our high standards of communicating with our customers were not met during Owen’s visit,” Wilkinson said. “We believe that Byron always did its best to meet our responsibilities, but we know that this will be of no comfort to Owen’s family.”