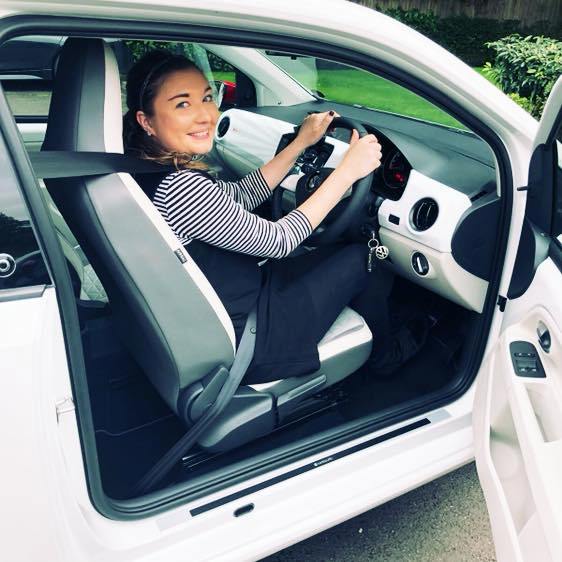 Teacher, 26, died accidentally taking too many paracetamol tablets for a urinary tract infection.

A YOUNG teacher died accidentally overdosing on painkillers while suffering from a urinary tract infection after a 911 operator said her case wasn’t an emergency. Amber Hickford, 26, was...
by Raquel Jayson February 20, 2020 164 Views

A YOUNG teacher died accidentally overdosing on painkillers while suffering from a urinary tract infection after a 911 operator said her case wasn’t an emergency.

Amber Hickford, 26, was experiencing dizziness and blurred vision after falling into a nightstand as she suffered from crippling stomach pains.

But her 911 call was ‘coded’ incorrectly and no ambulance was sent to her home.

Amber, from Rochdale, Greater Manchester, tried to sleep off the pain but her boyfriend Jason Hanmer found her unresponsive in bed less than two hours later.

Paramedics then rushed to the property but she was pronounced dead at the scene on April 21 last year.

A post-mortem exam found she had taken a toxic level of paracetamol tablets.

An inquest at Heywood Coroner’s Court was told she had been admitted to Fairfield Hospital two days earlier with serious stomach problems and was given painkillers before being sent home.

Jason told the hearing they dialled 911 from their second-floor flat at around 8.40pm on the night of her death as she was struggling to walk.

What is a Urinary Tract Infection?

Urinary Tract Infections (UTIs) are common but can cause extreme pain.

One in every three women is expected to suffer at least one episode before they are 24.

Anyone can get a UTI, but they’re particularly common in women, especially after sex.

Women with a UTI should see a GP because they may need antibiotics.

There are several things that can be done to relieve symptoms at home, including taking a recommended dose of paracetamol or ibuprofen, drinking plenty of water and avoiding having sex.

He said: “She couldn’t walk at all and went drowsy every time she stood up. I could tell she was very unsteady.

“I rang 111 and the operator said they would not to talk to me and asked to speak to Amber herself.

“They told her to ring 999 but when she rang the call handler told her to go to A&E. We live up two flights of stairs and I couldn’t get her down safely by myself.

“Her parents arrived but Amber stated that she didn’t want to go to the hospital and her parents left.

“I went out to move my car and went straight back to the bedroom and Amber was in there making snoring noises.

“I moved her onto her side and was only gone again 10 minutes before I went back to check on her. I shouted out but didn’t get a response and rushed over to her and she was cold.”

Heartbroken dad Neil said: “Amber was a science teacher and would be aware of the nature of the medication she was taking and the effects that that may have.

“She would never have knowingly taken more than she should have.”

The teacher, who worked at local Oulder Hill Community School in Rochdale, was initially coded as a Category 4 call – an incident which is not urgent and does not need an ambulance.

Angela Lee, deputy sector manager for the North West Ambulance Service, told the inquest the call should have been graded Category 2, which would have meant an ambulance being sent for an urgent assessment by a paramedic.

She said: “The initial emergency call was coded a category four but should have been coded as a category two response.

When questioned by Amber’s family why the caller handler had not sent an ambulance for the first 911 call, Ms Lee said: “They have a couple of seconds to make that decision and it’s a very difficult task. The call was passed to a clinician who spoke to Jay and then to Amber and the clinician gave the advice to attend the emergency department.”

Coroner Michael Salt adjourned the hearing for further inquiries but said: “I accept that the call was coded incorrectly. I need to know more about the potential effect of the delay in the arrival of the ambulance and what could have been achieved in the time – that seems to me at least an hour and 36 minutes.”