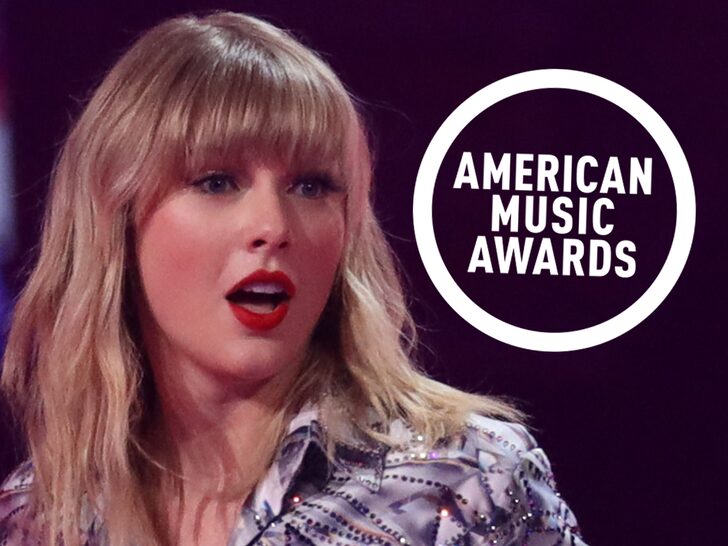 Taylor Swifts Management Says She Is Lying And Being Manipulative!

Getty Taylor Swift‘s claim Scooter Braun and Scott Borchetta from Big Machine are blocking her from performing her own songs at the AMAs is a complete fabrication … according to the record label,...
by Raquel Jayson November 15, 2019 242 Views

Taylor Swift‘s claim Scooter Braun and Scott Borchetta from Big Machine are blocking her from performing her own songs at the AMAs is a complete fabrication … according to the record label, which thinks she made a calculated move to harm its people.

Big Machine says it was shocked to see Taylor’s comments Thursday, and denies ever saying she could not perform at the awards show or blocking her Netflix special. It adds … “In fact, we do not have the right to keep her from performing live anywhere.”

Big Machine also claims Taylor’s admitted to owing the company millions of dollars and it says it was optimistic the 2 sides were working toward resolving the issue … but then she bailed.

Instead, BM says “Taylor made a unilateral decision last night to enlist her fanbase in a calculated manner that greatly affects the safety of our employees and their families.

The label adds … “Taylor, the narrative you have created does not exist.”

Despite Big Machine’s denial, Swift’s friend, Selena Gomez, has her back 100 percent. Selena says she’s “sick and extremely angry” over the situation, and accuses the label of “greed, manipulation and power.”

Gomez says of BM … “You’ve robbed and crushed one of our best song writers of our time an opportunity to celebrate all of her music with fans and the world.” She goes on to praise Swift’s character, talent and strength … and says she knows Taylor will not stop fighting.

Halsey echoes many of the same thoughts, accusing BM of making an awful business move and being mean and vindictive. She says the label is banking on people not sticking up for Taylor … but says it’s “barking up the wrong tree.”

As we reported … Taylor’s set to be honored at the upcoming AMAs as Artist of the Decade, but as you can tell — it’s about much more than that now.

Taylor Swift has been complaining she’s been blocked from performing her early hits during the AMAs because of her old label, Big Machine, but the label tells us she’s dead wrong … Taylor can perform her entire catalog if she wants.

A Big Machine exec tells TMZ, “Taylor Swift can 100% perform all of her catalog, past and present, on the AMAs.” The official adds, BM has no issue with her performance going out on the live broadcast, because it recognizes it doesn’t have the right to block her. The official says, “Our confusion with her statement is that we have no legal right to stop this and have never tried. She and her team both know this.”

Fact is … Big Machine is correct. Labels can’t block artists from performing any songs — theirs or others — live, and since the AMAs are airing live … have at it, Taylor.

BTW … it’s interesting. Taylor performed “Shake it Off” — a song from her Big Machine catalog — live on “Good Morning America” on August 22.

The Big Machine exec says, “We are excited for all her fans, as all of the confusion has now been cleared up, and we now welcome Taylor to perform all of her hits on the AMAs.”

She Says She Knows Death Comes With Stage 4 Cancer, But She Does Not Want To Know How Long She Has Left.